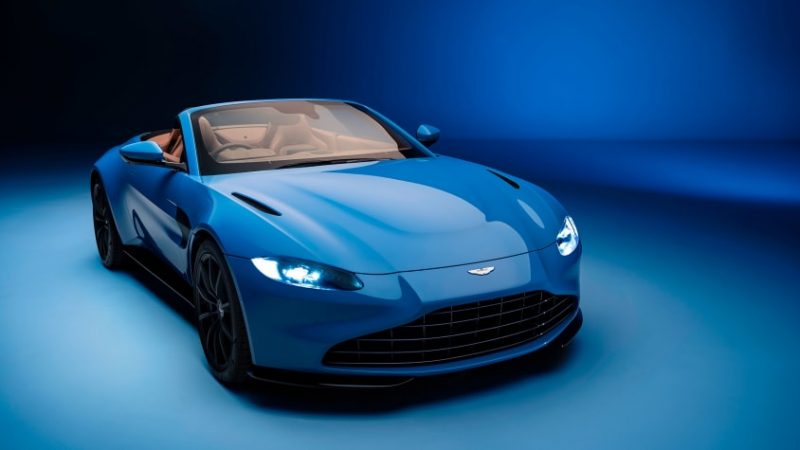 The new Aston Martin Vantage Roadster has been revealed, joining the coupe in the Aston Martin range with a new simplified soft-top and a sleek new look. The new Roadster coincides with a selection of fresh options for the coupe too, widening the Vantage’s appeal to sports car buyers.

In the Roadster, the roof itself is new and differs from those of both the previous Vantage Roadster and current DB11 Volante with the application of a simplified Z-fold structure, reducing weight and complexity.

Previously, the Vantage Roadster’s roof would fold down and nestle underneath a tonneau cover that would hydraulically open independently of the roof. Now though, the roof’s front section actually forms the tonneau cover, much in the same way as on a Mazda MX-5. The roof is powered though, and at 6.7sec to lower, is the fastest powered folding roof mechanism of any car on sale right now. Another advantage of the new roof mechanism is its lower weight, making the Roadster only 60kg heavier than the coupe.

The other big update to the Vantage is the adoption of a new front bumper design, incorporating a more traditional vaned grille in contrast to the current model’s mesh finish. Not only is the new grille design meant to provide a more sophisticated look, says Aston Martin, but also more strongly reference Aston Martin’s past in correspondence to the 70th anniversary of the Vantage nameplate.

Under the skin, both Vantages utilise the same AMG-sourced twin-turbo V8 engine, producing 375kW and 684Nm of torque. Performance figures are largely unchanged between the coupe and Roadster, the latter reaching 96kmh in 3.7sec (the coupe gets to 100kmg in an identical 3.7sec, but Aston Martin has not released a 0-100kmh time for the Roadster to compare).

Both coupe and Roadster versions will be available with the new grille finish, while the coupe is also now available with the Vantage AMR’s seven-speed manual transmission. Fresh wheel designs, new colour and trim options and a slight price decrease on the entry-level coupe round out the changes, which will be seen in the flesh at this year’s Geneva motor show.