BMW has previewed the mid-cycle update of its executive saloon, with updated 6 Series GT also to be unveiled.

BMW is due to pull the covers off its facelifted 5 Series soon, with a digital stream going live at 4:00 PM today (27 May).

Captioned ‘the 5 and the 6’, the image along with further social media posts reveals the 6 Series Gran Turismo will also be similarly updated and shown at the same time.

Previous spy shots of test mules preview the updated model in both sedan and Touring variants. Like the sedan, the wagon appears to gain only subtle tweaks to the front and rear, but we can see that hybrid versions will be told apart by a bespoke front bumper design, with a horizontal vane spanning the width of the lower air intake. 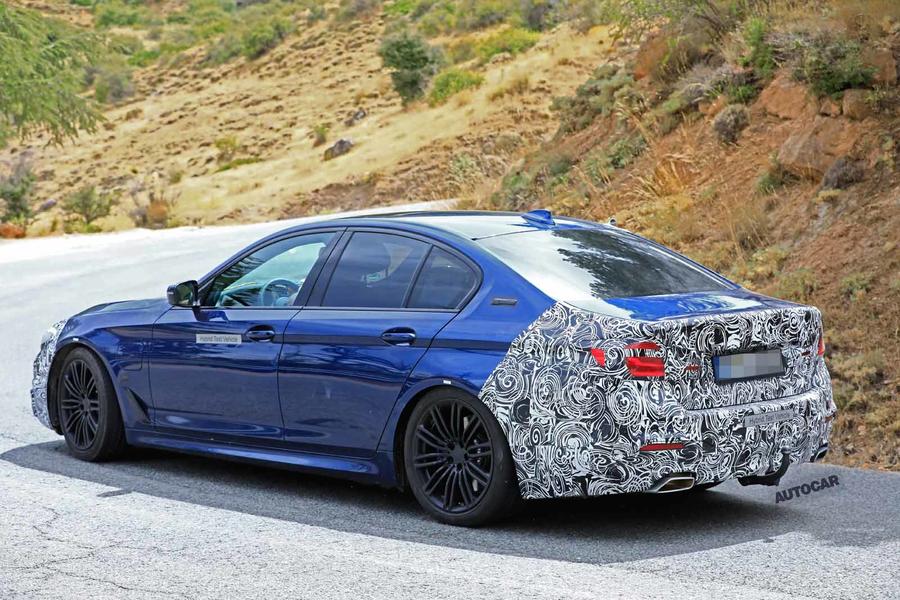 The current G30 5 Series is already sold with a plug-in hybrid set-up in the 530e. This has a turbocharged 2.0-litre four-cylinder petrol engine and an electric motor developing a combined 185kW and providing an electric-only driving range of up to 64km.

As part of a push to take its plug-in hybrid drivelines into the performance car class, BMW is said to be planning a new 545e model running the same set-up as the 745e. This would use a more powerful turbocharged 3.0-litre six-cylinder engine and an electric motor making a combined 290kW and yielding an electric-only range of up to 58km.

In further developments, BMW plans to equip all petrol engines with a particulate filter, while the diesels will receive new selective catalytic reduction (SCR) technology, to allow them to meet incoming EU emissions regulations, according to Munich sources.