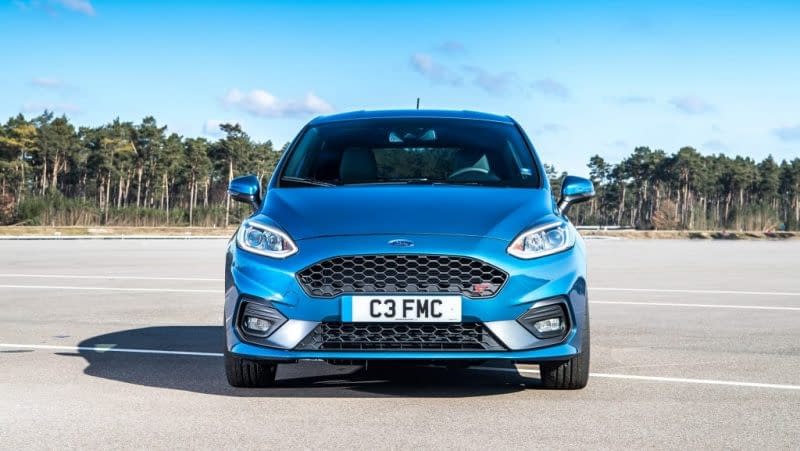 It might be more sophisticated, but the new Ford Fiesta ST is just as fun as its predecessor.

Ford’s latest Fiesta ST is probably the best small hot hatchback on sale right now. Admittedly, the class isn’t quite as strong as it has been in previous years, but that shouldn’t take away from Ford’s achievement. The old ST was one of the best performance cars Ford has ever made – honest, exciting and the epitome of front-wheel-drive fun. It was a car capable of fighting right at the top of its class, but was excellent value for money, too, with entry-level models undercutting most rivals by thousands.

That meant the current car had some pretty big boots to fill, but Ford has managed it successfully. The new 1.5-litre three-cylinder engine matches the old car’s output without resorting to an overboost function and the ST still offers three- and five-door formats (an increasingly rare attribute in modern hatches) and a six-speed manual gearbox.

But the best news is that the new ST doesn’t just look good on paper. While it’s lost a little of the old car’s raw character and has become slightly more grown-up and complicated, it’s still an absolute riot to drive, from the ultra-quick steering to an engaging drivetrain and effervescent character. Since few buyers will opt for a bare entry-level model it’s not the sub-$30k bargain it first appears, and the ST isn’t quite perfect, but few other cars offer such accessible fun.

It’s out with the old 1.6-litre four-cylinder turbocharged engine and in with a new 1.5-litre turbocharged triple for the new ST. It’s definitely a step forward in terms of cleanliness and economy, at least on paper, with the new unit allowing you to travel an extra mile on every gallon of fuel and using a petrol particulate filter to meet the latest Euro 6.2 standards.

The engine also uses cylinder deactivation technology – the first on a three-pot – with cylinder one shutting down at low revs and low loads to the benefit of economy, firing back up in 14 milliseconds when more torque is required. It’s imperceptible to the driver, and ST owners are less likely to experience it anyway than their counterparts in less sporty Ford Focuses using the same powerplant…

In numeric terms the new ST develops 146kW and 290Nm of torque, both of which shade the ST’s standard predecessor.

To this new three-pot Ford attaches a six-speed manual transmission, with the option of a Quaife mechanical limited-slip differential to handle drive to the front wheels. STs feature both electronic sound generation inside the cabin and an active exhaust, and the behaviour of both varies depending on the driving mode (Normal, Sport and Track) selected.
In terms of its layout and structure the Fiesta ST uses much the same ingredients as other cars in this class, but throws a few herbs and spices into the mix to give the car its own flavour. Thus you get a fairly conventional chassis set-up: steel monocoque with MacPherson strut front suspension and a torsion beam rear, with electrically-assisted rack and pinion steering.

But you also get Ford’s patented ‘force vectoring springs’ – directionally-wound and non-interchangeable coil springs as an alternative to a Watt’s linkage. The aim is the same – improving lateral location of the axle – though the ability of the springs alone to apply vector forces to the suspension save the 10kg that Ford says a Watt’s linkage would add.

The new ST isn’t short of performance. Make use of the launch control function (engaged via the steering wheel buttons) and keep your right foot pinned as you shift through the gears (thanks to flat-shifting technology) and you should match Ford’s claim of a 6.5sec 0-100kmh time and eventually a 231kmh top speed.

The three-cylinder engine definitely has a different aural character to the old ‘four. Not an unpleasant one, at that – it’s definitely among the angrier threes we’ve heard, and while Ford uses sound generation to enhance its note inside the cabin, it’s not too artificial – and the active exhaust out back is making a ‘proper’ noise anyway.

Much of the time it doesn’t really sound like a three-cylinder, so different is it from the usual economy car fare, but nor does it sound like a four-pot. We still prefer the raspy, induction-noise-heavy note of the old four-cylinder, but we could definitely get used to the triple. The only downside is that the valved exhaust can drone at certain revs, particularly if you pay heed to the car’s gearchange indicator and its desire to have you shuffle along in low revs and high gears for economy. Ignoring it smooths things out and makes the cabin a little quieter.

There’s little difference in the way the new engine delivers its power, either, with good throttle response from low revs all the way to the upper reaches of the rev counter. It doesn’t quite cover the last 1000rpm or so with the verve of the old car, though flick through the gears quickly enough and there’s sufficient torque to chirp the tyres even on the change to third.

This much power in a small car still feels ever so slightly unhinged, too, making the ST feel exciting before you’ve even reached a corner. The limited-slip diff can make the steering a little fighty from low speeds, and particularly on bumpy surfaces, but that’s all part of the thrill of a compact hot hatch like this. Thankfully, the brakes are up to the task of shedding all that speed, and while they began grumbling after a few hot laps around the Goodwood race circuit on the model’s launch, actual braking performance remained fairly consistent.

Handling was always the old ST’s strongest point and it remains so with the latest model. It’s one of the most entertaining hatches on sale, agile, engaging and always “up for it”, with the capacity to make short journeys to the supermarket as fun as backroad thrashes.
Steering first. It’s sharp – Ford says it has the fastest rack of any Ford Performance model (around 14 per cent faster than the old car’s set-up) and you get a reaction from the car the instant you steer off the straight ahead. It’s responsive and well-tuned to the rest of the chassis, but is at its best on dry, smooth roads. Throw bumps and slick surfaces into the mix and it can start feeling a little too darty and unsettled, and given the mobility of the rear axle, there’s a chance that sudden movements can result in a quick spike of oversteer.

The steering’s weighting is pretty good though, increasing progressively through the different driving modes, though there’s not much feel until you’re really putting some loads through the tyres, at which point you’re probably travelling rather quickly. If there’s a demerit it’s that the steering is so quick you don’t really feel like you’re having to actually do much to navigate most corners, which takes away some interactivity and enjoyment on all but the twistiest of roads.

You’ll spend some time fighting the limited-slip diff on rougher surfaces too, and depending on the road surface you may find yourself fighting cambers and ruts, but it’s less aggressive than say, a 208 GTI by Peugeot Sport. The diff certainly isn’t as aggressive as that car, but it’s satisfying to get on the gas early out of a corner and feel your line tightening rather than washing wide – and the ST’s rear axle always feels willing to help out by slipping just enough to minimise understeer from turn-in all the way to corner exit.

The ride? Well, despite a set of semi-adaptive dampers, it’s still pretty firm. The ST’s new dampers vary between two rates depending on the frequency or range that the wheel is moving. When the wheel travels across a short distance but at a high frequency, as it might on a rough road, the damper reverts to its softer setting. At longer, low frequency wheel movement, that would suggest increased bodyroll and pitch from more enthusiastic driving, the damper uses its firmer setting.

Although the new ST’s ride can be annoyingly firm on some surfaces, to the ST’s credit it never feels like it’s being shaken apart even on rougher roads. Just like the old model, the firmness bleeds off as speeds rise, the frequency selective dampers seemingly happier dealing with greater loads. Body control is excellent, and with minimal roll you can quickly find and then exploit the front-end grip available.