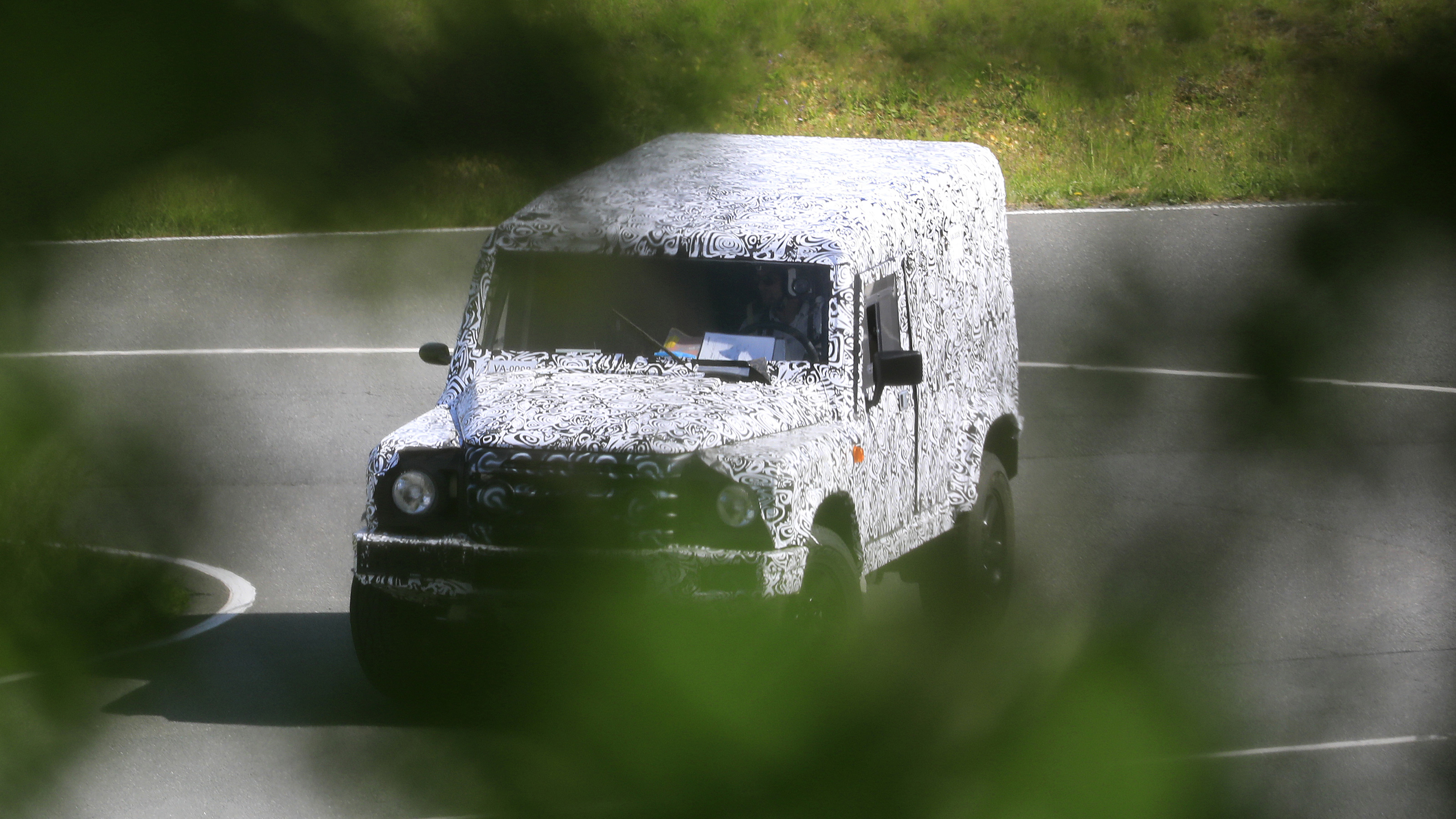 The British brand’s spiritual successor to the previous-generation Land Rover Defender has been spotted.

Our spy photographers have caught the new Ineos Grenadier on camera for the first time. Austrian vehicle development company Magna Steyr is pushing the off-roader through the final stages of its development programme, ahead of its expected launch in 2021.

The British brand and its four-wheel drive is also expected to launch in Australia not long after.

When the project was first announced, Ineos Automotive said it would produce a spiritual successor for the previous-generation Land Rover Defender – and, judging by these spy shots, the company has remained true to its word.

This Grenadier mule shares the same boxy proportions as the old Defender, with similarly angular doors and window glass. It also shares the Land Rover’s slatted radiator grille, flat bonnet, round headlamps and upright windscreen – and, under the front bumper, there’s a thick sump guard.

Dirk Heilmann, CEO of Ineos Automotive has previously said that the Grenadier’s shell will be all-new – although it’ll have a retro design language with surfaces “flat enough to rest a mug on.” Like the old Defender, it will come in a range of body styles, including a traditional station wagon and a pick-up variant.

Heilmann also confirmed the Grenadier will mirror the original Defender’s platform closely, stating the SUV will have a body-on-frame construction with a steel ladder chassis and an aluminium body. He also said that the finished product would be “fairly light,” with a towing capacity of 3.5 tonnes and a one-tonne payload. Ineos plans to make the Grenadier utilitarian and functional, with a fairly stripped-back cabin which forgoes such luxuries as carpet and sound deadening. Leather will be used on the seats purely for its durability and drain plugs will be included, allowing the driver to easily hose out the interior.

The British firm’s new off-roader will adopt a similarly spartan approach to infotainment. Mark Tennant, Commercial Director of Ineos Automotive, indicated that, in place of an integrated infotainment system, the finished product could feature a mount for drivers to use their own devices. Ineos will also take a “relaxed” approach to vehicle modification, with Tennant stressing that buyers will be encouraged to personalise their Grenadiers with aftermarket accessories. The company says it will provide pre-fitted mounting points in the Grenadier’s chassis and body for additions such as light-bars and roof racks.

Ineos has signed a partnership with BMW, who will provide its 3.0-litre straight-six TwinPower turbo petrol and diesel engines for the Grenadier project. Both units will feed their power to a permanent all-wheel-drive system via an eight-speed automatic transmission only – with no manual option available.

Dirk Heilmann stressed that the Grenadier will not be a parts bin special. He said that the Grenadier programme has been accounted for in BMW’s research and development, and that Ineos will receive the German brand’s latest powertrains rather than its previous- generation engines, although their outputs will likely be lower in the Grenadier than the equivalent BMW product, to maintain the engines’ reliability.

Like the old Defender, the Grenadier’s chassis will feature a pair of beam axles, three locking differentials and a low-range transfer case. The 4×4 has been designed predominantly for off-road use, with minimal compromises for use on tarmac roads. Heilmann also said that the Grenadier will offer “class-leading cross-axleing capability.”

The Austrian automotive engineering company, Magna, has been responsible for the Ineos Grenadier’s chassis and suspension development since the project’s inception in 2017. Its subsidiary, Magna Steyr, is currently testing the first complete SUVs before Ineos pushes the Grenadier into full-scale production at its recently acquired Bridgend facility.

Dirk Heilmann, Ineos Automotive’s CEO, pictured above alongside the Steyr-Daimler-Puch Pinzgauer 4×4, which has been continually developed by Magna Steyr since 1969, said: “The transition from concept to series development is a major landmark in the evolution of the Grenadier.

“We are pleased to have Magna, with their long heritage and experience in 4×4 development, with us for the next stage of the journey. With our production plans recently confirmed, we now move into all-important series development and start to set our sights on the start of production.” Ineos Automotive has already broken ground on its new production facility in Wales. From its launch in 2021, the site will create 200 jobs – a number which will increase to 500 once the site is at maximum capacity. At its prospected 2024 peak, the new plant will support an annual production volume of 25,000 vehicles.

The new Ineos facility will fill a vital employment hole in Wales, offsetting some of the 1,700 jobs lost by the scheduled closure of Ford’s engine manufacturing plant in September 2020. Ineos says it will pull from Ford’s newly redundant workforce, and offer vehicle assembly training as part of its new partnership with the Welsh government.

Ineos’s new Wales plant will be supported by a chassis and body manufacturing facility in Portugal. Ineos plans to build and paint the Grenadier’s ladder frames and body shells on the continent, then ship them back to the UK. The 4×4’s engine and drivetrain components will also be shipped from Germany and Austria, before their assembly in Wales. Over £600 million (AUD$1.085 billion) has been invested into the project, Ineos confirmed. Ineos was also unfazed by the launch of the new Land Rover Defender. The brand’s Commercial Director, Mark Tennant, said: “It won’t make us alter our approach. The new Defender is a great looking vehicle, and we wish them every success, but we don’t see it being quite in the same space as the old Defender.”

Tennant confirmed the production-ready Grenadier “will not be a Chelsea tractor.” Ineos is targeting a working audience, hoping to capitalise on the booming four-wheel-drive double-cab pick-up market, offering the Grenadier as an alternative to the Volkswagen Amarok and Ford Ranger.

Ineos’s Chairman Jim Ratcliffe stated: “the Land Rover Defender was the world’s most famous car, it conquered the planet. Many people have lamented its demise as it still fulfils a great function, but now there’s a gaping hole for a world class 4×4.

“It might sound arrogant to think we can fill that gap, but we have the confidence. We want to build something that looks cool and retains all the off-road ability of the Defender, plus it has to be reliable. This car will provide a step-change in reliability. If we can deliver that, I have no doubt it will be a success when it arrives in 2021.”