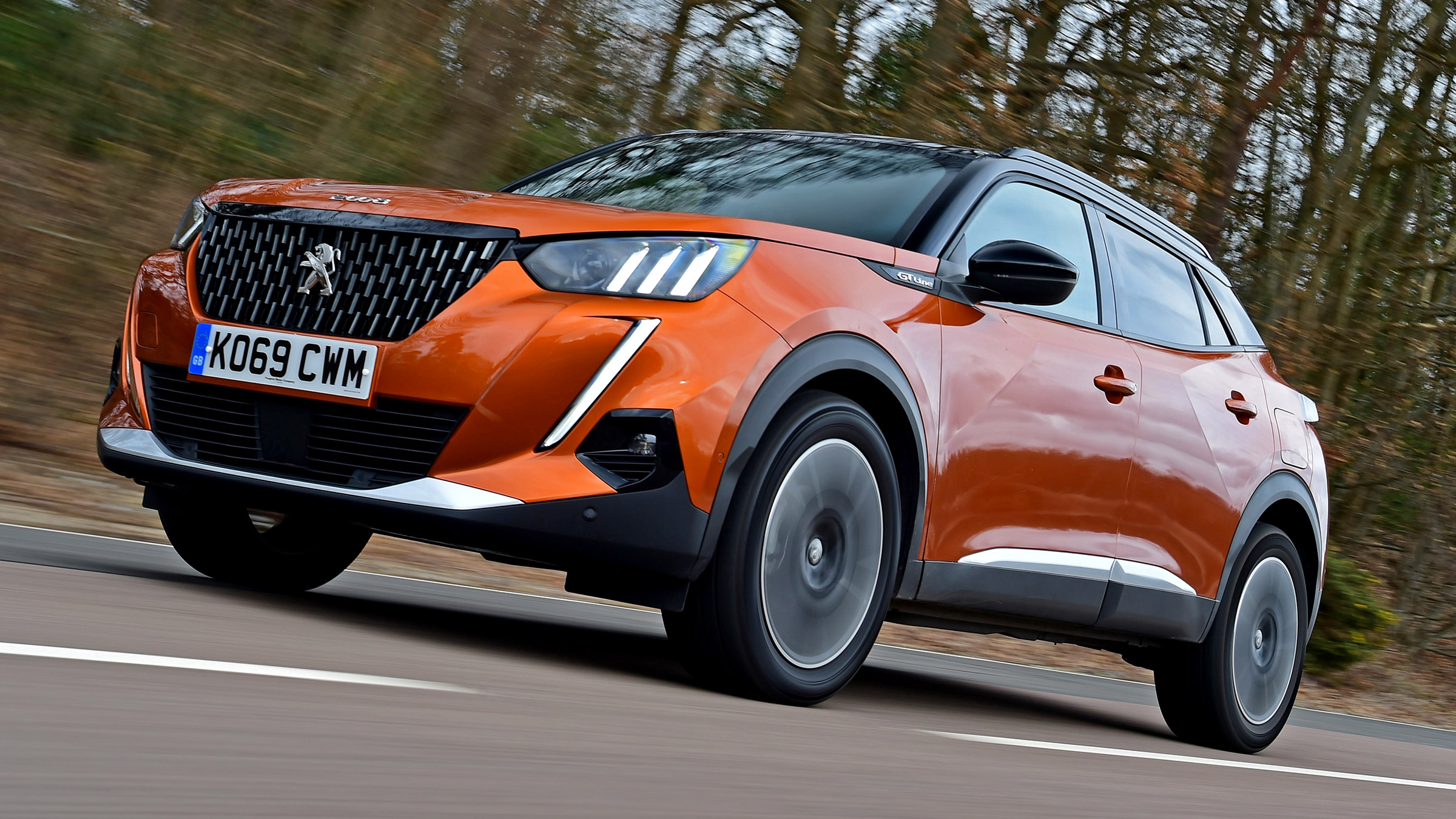 Stylish and well-built, here’s our first drive before it lands in Australia.

There are few classes of car packed with more choice today than the compact crossover and SUV segment. Pretty much every mainstream manufacturer offers something for this growing market, so standing out is devilishly hard. Those looking for style, quality and a tidy drive could do much worse than the Peugeot 2008. In several ways, it’s class-leading, but crucially it’s not as practical as some rivals.

Released in 2019, this 2008 is the second generation of the brand’s supermini-sized SUV. We were big fans of the 2008 Mk1 that launched in 2013; it was decent to drive and practical, while the interior quality showed that Peugeot, whose reputation for fit and finish wasn’t exactly top notch until that point, had taken a very sudden turn in the right direction.

The latest 2008 takes another great leap forward in terms of perceived quality, with distinctive exterior styling and a fantastic cabin design. The level of solidity and of the materials used mean the car could easily be mistaken for a premium brand inside, were it not for the fact that the layout is far more daring and distinctive than the typical offerings from BMW or Audi. 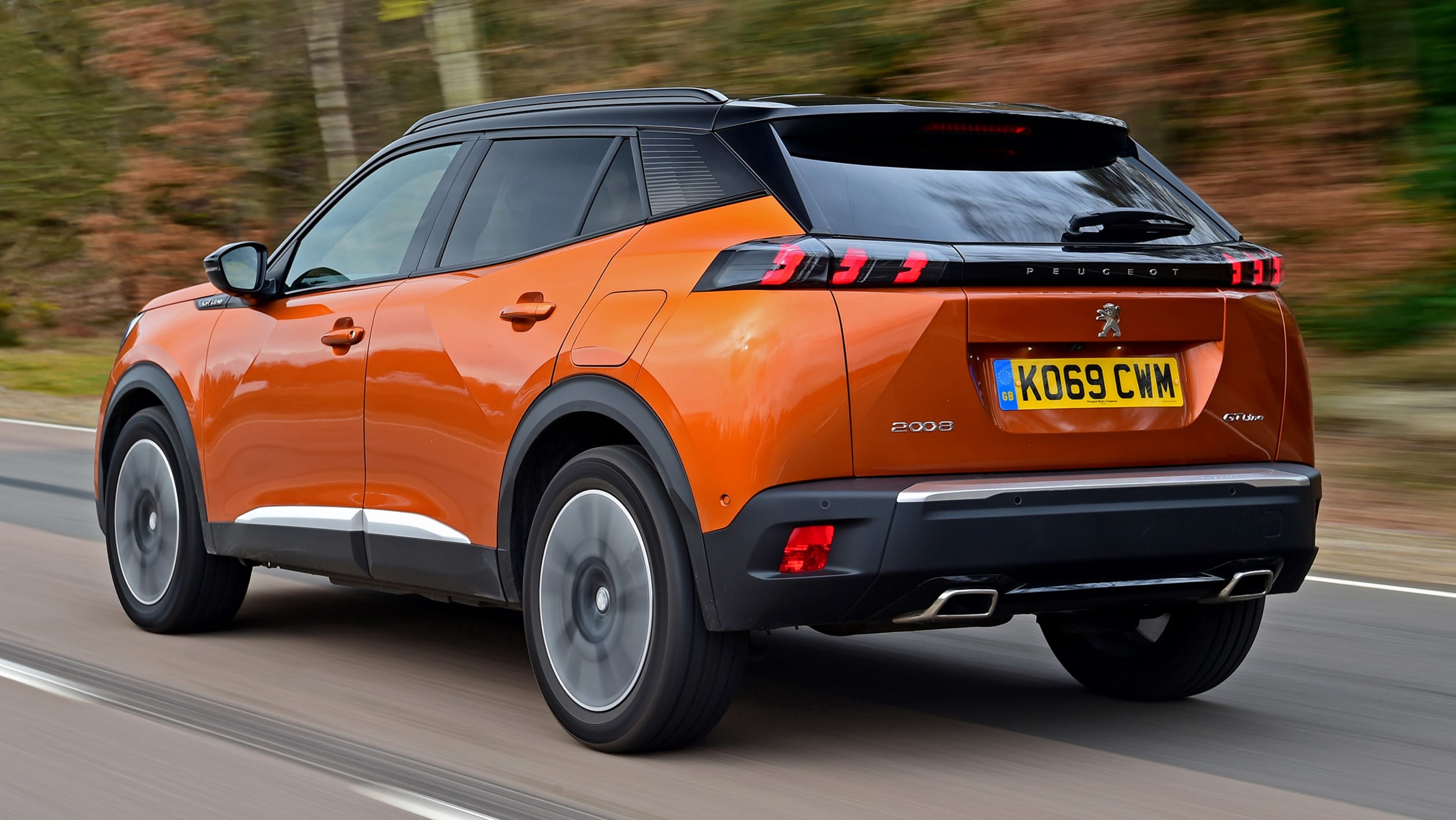 There’s plenty to recommend about the way the 2008 drives, too. Like the 208 supermini, the five-door 2008 sits on the brand’s latest CMP small-car platform, but despite the new model being 141mm longer than its predecessor, it has a more rigid structure and barely adds any weight. The platform also gives the PSA group great flexibility, with the 2008 (and the mechanically similar DS 3 Crossback) available with both combustion and fully electric powertrains.

Petrol power is available in the form of the 1.2-litre PureTech unit, offered in three states of tune. The entry-level engine produces 75kW with a six-speed manual gearbox, the mid-range 95kW version comes with either the manual or an eight-speed automatic, while the most-powerful 114kW variant is mated to the auto transmission.

Each of the lively petrol units offers good economy, but there’s also a 1.5-litre BlueHDi diesel producing 75kW, that returns even better fuel economy for those covering high kays. Then there’s the e-2008: the all-electric model boasts not only a circa-322km range, but a smoother, quieter, and brisker driving experience than any of the fossil fuel alternatives.

Options in the segment include the practical, comfortable Skoda Kamiq and the sporty, tech-laden Ford Puma (soon to arrive). The lengthy list of other alternatives facing buyers in this sector also includes the Mazda CX-30, Honda HR-V, the Hyundai Kona, Kia’s Seltos, the MINI Countryman, the new Nissan Juke, the Volkswagen T-Cross and quite a few others. 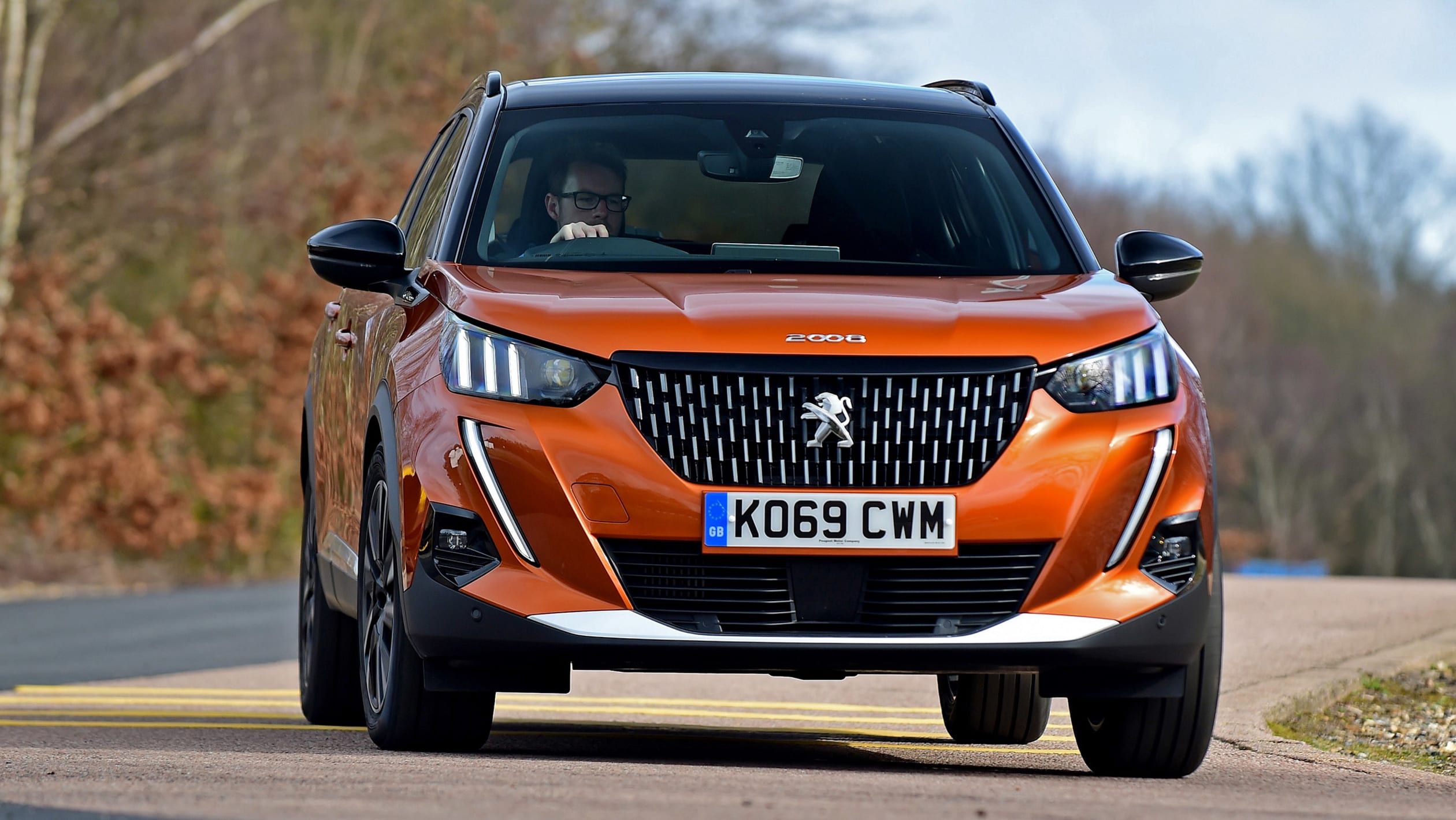 The Peugeot 2008 rides on the PSA group’s CMP platform. Before its application here, the modular architecture had already been put to use (albeit with shorter wheelbase) in the Peugeot 208.

While it endows the latest 2008 with a stronger, lighter structure than its predecessor, it also enables Peugeot to offer the option of petrol, diesel, and fully electric powerplants in the same model.

The e-2008 is the first car in the compact crossover class to go fully battery powered. While we cover the electric model in greater detail in our specific Peugeot e-2008 review, in short, it’s a wonderfully smooth, quiet and relaxing car to drive. In the real world it’ll manage a perfectly adequate 320-odd kilometre range between charges (and likely more if you only drive around the city).

The power delivery is linear, it feels lively and the maximum torque comes in at just 1750rpm, so there isn’t the constant pressure to shift down gears on long climbs or at motorway speeds. 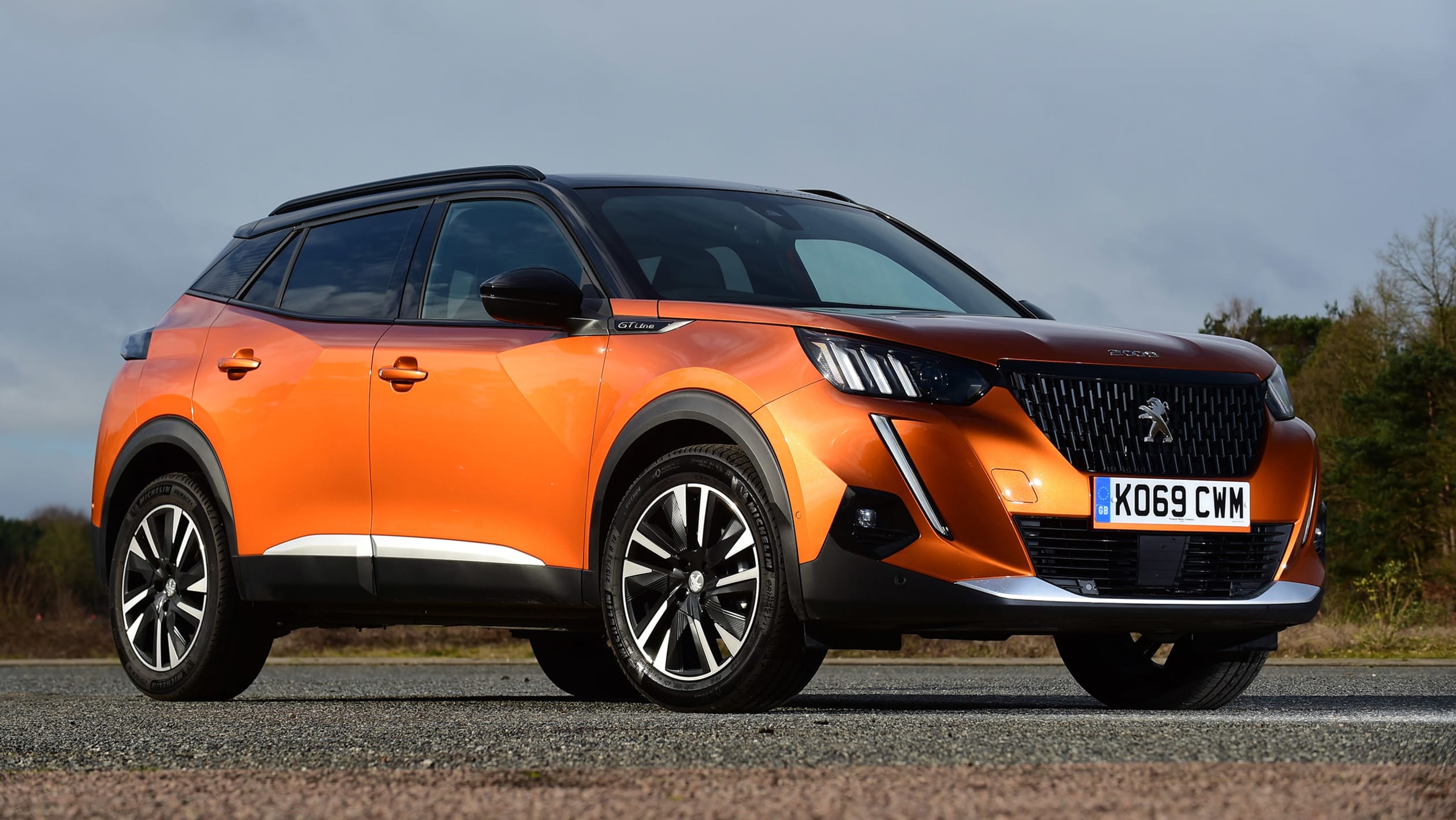 The base petrol engine’s peak torque figure stands at 205Nm, while the middle offering ups that to 230Nm. The top spec engine offers just 10Nm more, and as the extra 18kW is only noticeable at the top of the rev range, we think that most buyers will be best off saving a bit of cash and going for the 96kW model. Refinement for this unit is above average for the class, though the equivalent petrol engine in the Renault Captur is quieter still, transmitting a little less vibration into the cabin.

On paper, the performance ranges from the 1.5-litre diesel, which takes 11.4 seconds to cover the 0-100km/h dash, to the 114kW petrol that manages the same sprint in a livelier 8.2 seconds. The 1.2-litre 75kW petrol version is slightly quicker than the diesel off the mark, but it produces its power further up the rev range, so the extra torque of the diesel unit will better suit those seeking a more relaxed drive.

Out on the road, the 2008 is accomplished to drive, if not quite class leading. When pitted against the Renault Captur, the Peugeot’s ride feels a little fidgety at low speeds, and against the Puma, the chassis lacks a degree of control and finesse.

It’s easy to drive, too. The small steering wheel might take some getting used to but the steering itself is very light, making the 2008 a great car for low speed manoeuvres.

Drawing on design cues from the 208 and bigger 3008, Peugeot’s small  SUV offers a more stylish look than its predecessor, with lots of flaring angles and a substantial front grille. 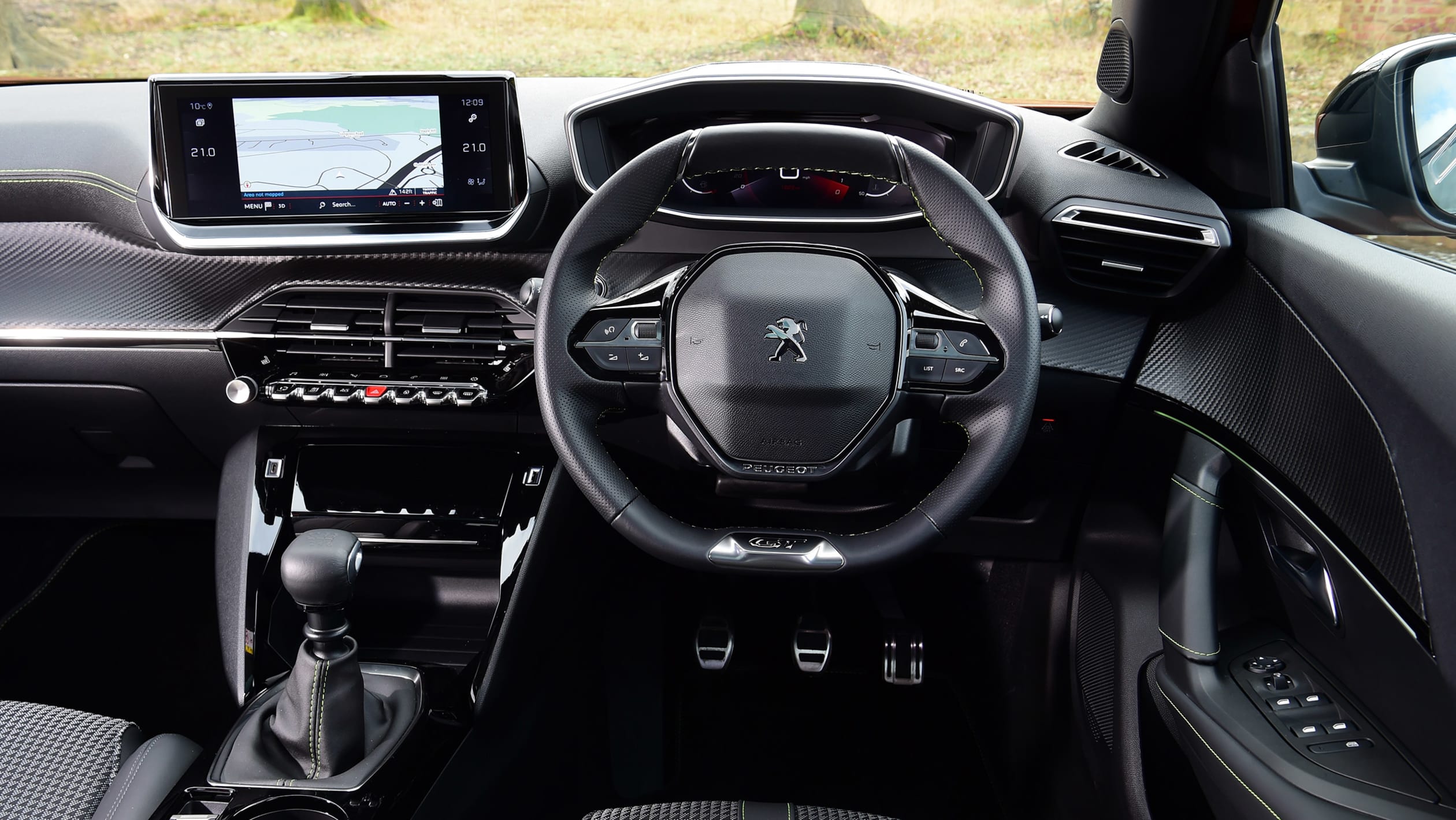 The 2008’s interior design, although a little quirky, offers superb levels of quality for the class and, in fact, puts most of its rivals in the shade. Individual touches such as the gloss black piano keys on the dash and bright contrast stitching, add to the sense of style.

Other highlights include Peugeot’s i-Cockpit system, which is standard across the range, LED rear lights and the funky, compact steering wheel, which definitely takes some getting used to. The base Active trim also has 16-inch alloy wheels, colour-coded exterior trim and rear parking sensors.

All cars come with Peugeot’s second generation i-Cockpit system, although the set-up isn’t the most intuitive or easy to use while on the move. The high-set digital dash is at odds with the small, low-set steering wheel, and many will find the familiar ergonomic approach of rivals more appealing. 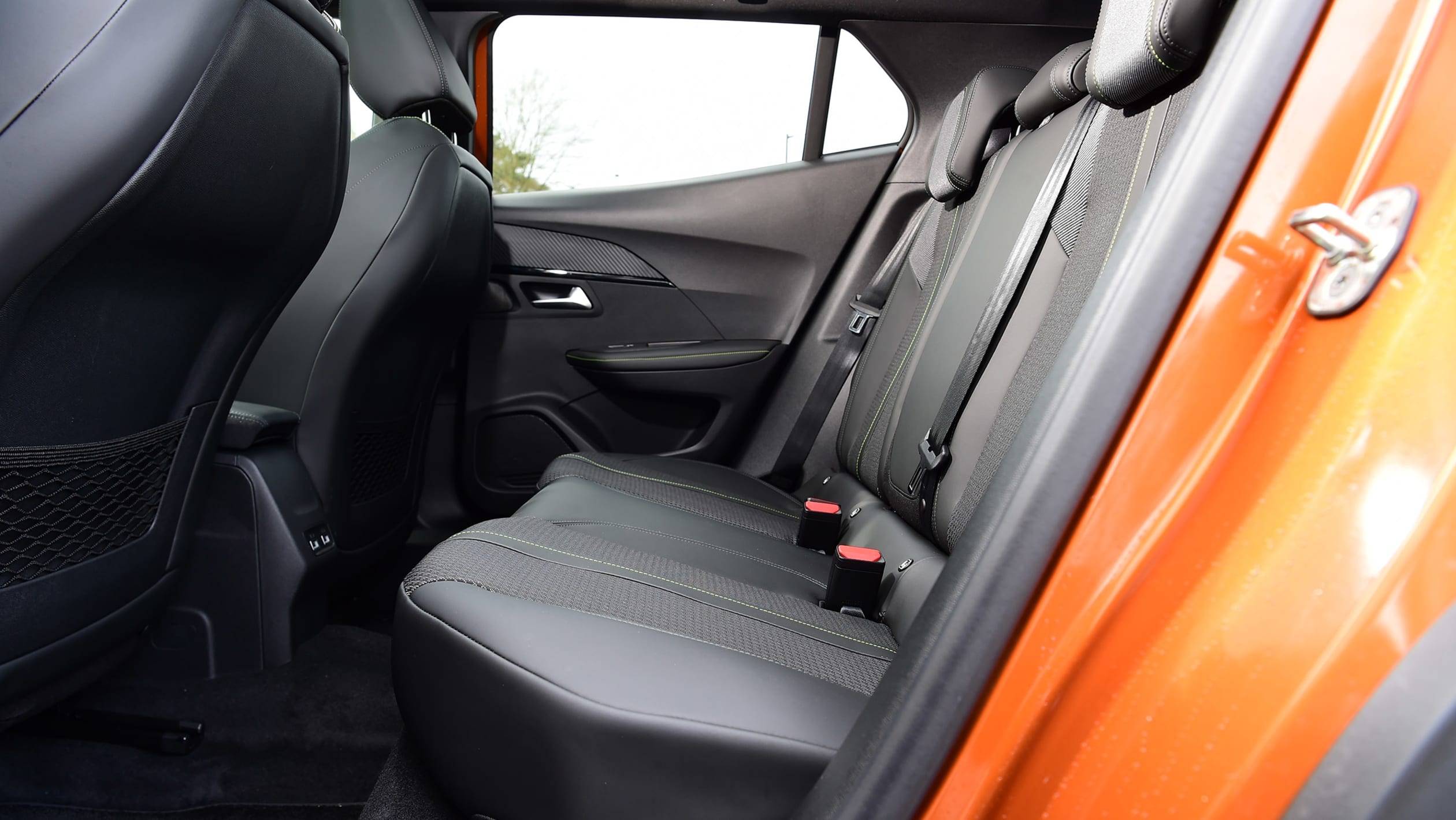 One of the key downsides to the 2008’s styling is that access to the rear is difficult. The sills are high, so you have to climb in over them and, to compound things further, you then find the roofline is quite low, so you have to stoop a little more. Buyers should bear this in mind if they’ll be frequently using the rear seats – strapping children into car seats, for example, could prove more problematic than you might otherwise expect.

Peugeot hasn’t forgotten basic practicalities, though. There’s still a good level of storage, with cubbies, trays and bins dotted around to hold gadgets and various other items.

With 434 litres of boot space, the 2008 offers decent load capacity, but is again beaten by its close rivals on overall practicality.

Find a comfortable driving position and you’ll discover the 2008 is really quite good to drive. It feels stable and precise through corners, and the ride does a good job of filtering out nasty bumps. It’s not quite as forgiving as some rivals, but despite a little door mirror-induced wind whistle at motorway speeds, refinement is really impressive overall.