The new Rolls-Royce Ghost rolls out.

The new Rolls-Royce Ghost has been revealed. According to the British brand, the only elements carried over from the old model are the Spirit of Ecstasy bonnet emblem and the umbrellas hidden in the front doors.
The Ghost will rival the Bentley Continental Flying Spur and top versions of the Mercedes S-Class, and sits on a new platform shared with the Rolls-Royce Phantom and Rolls-Royce Cullinan. The new Ghost will go on sale shortly, and customers can once again personalise their cars and add a wide range of optional features. 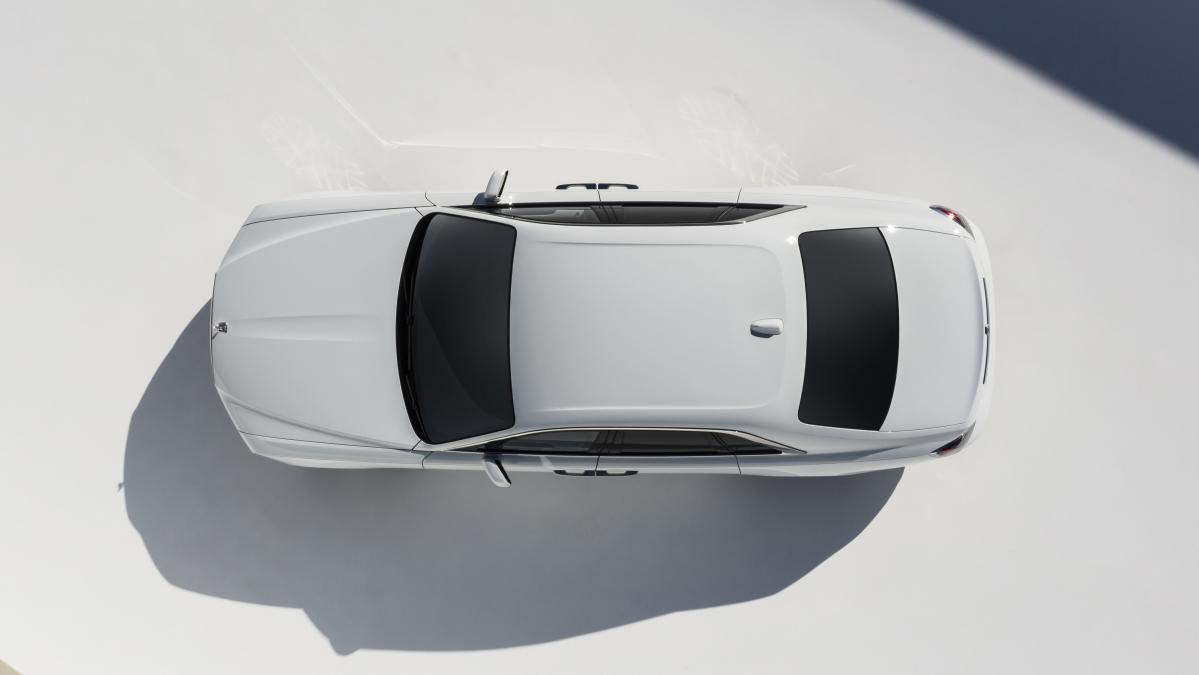 The previous Ghost, on sale since 2009, is the company’s bestselling model to date, so it’s not surprising that the new car’s styling is broadly similar. There are new headlights, designed to mimic the larger Phantom, and a bold new lower grille design that stretches the full width of the front end. An illuminated grille is made possible by 20 LEDs behind the strakes. The rear end is sleeker and tapered, and the company has got rid of shut lines where possible – there aren’t any around the tail-lights, for example. 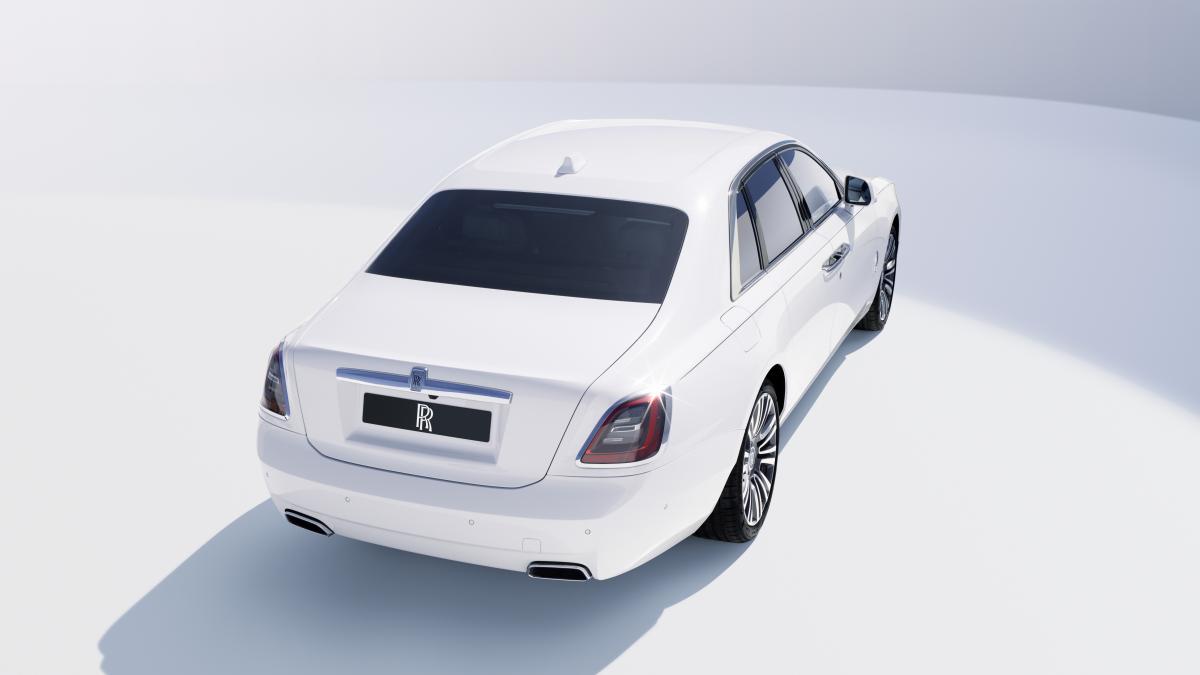 The new car will retain the firm’s traditional ‘coach doors’, meaning they are rear-hinged and open outwards, rather than the conventional rear doors found on a standard saloon car.

Instead of sharing a platform with the BMW 7 Series, as the last Ghost did, the new model sits on architecture that’s unique to Rolls-Royce. The body is made completely from aluminium, and we’re told everything from the A-pillar backwards is one piece of metal. Aluminium is not only lighter than steel and rust-resistant, but it’s said to have better soundproofing qualities too. The Ghost is 89mm longer and 30mm wider than before.

The classic 6.75-litre V12 will make its debut in the Ghost, replacing the 6.6-litre unit in the last model. Here, it produces 420kW and there’s a model-specific engine map, which includes having all the torque available from just 1600rpm. The engine has moved behind the front axle for perfect 50/50 weight distribution. An automatic gearbox and all-wheel drive are standard, alongside four-wheel steering. 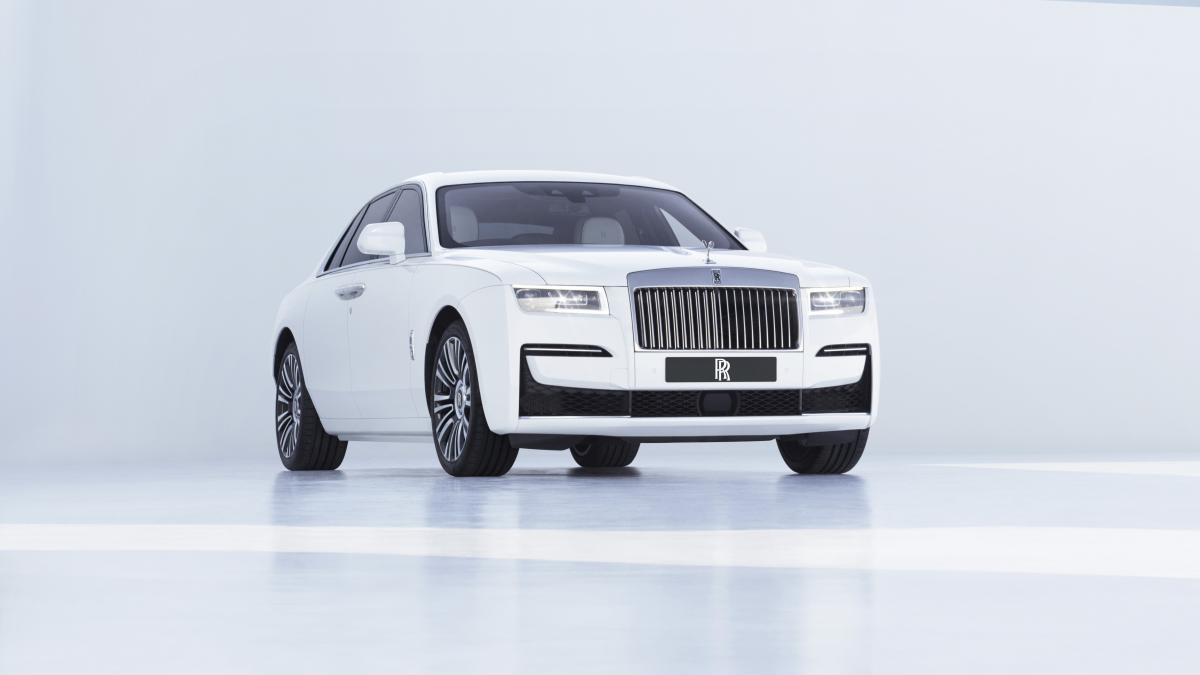 It features a new ‘Planar Suspension System’, which has been in development for 10 years and should provide a ‘magic carpet-like’ ride. The front-facing cameras monitor the quality of the road and relay it to the self-levelling air suspension, which then adjusts to make sure occupants don’t feel the imperfections. There’s also satellite-aided transmission, which uses GPS data to pre-emptively choose the right gear for the road ahead.

Whether you choose to be in the front or rear seats, the Ghost promises an opulent experience. Over 100kg of sound deadening is used in each car, and Rolls-Royce even toyed with having a completely silent interior. Acoustics have seemingly taken centre stage in the development process. The 18-speaker audio system is rated at 1300W, and a resonance chamber in the sills means the car itself acts as a subwoofer. We’re told new technology is fitted that effectively means the starlight roof is a speaker, too.

New for this generation is the option to open the doors electronically. Only closing the doors could be done automatically before. On-board sensors mean the opening and closing happens at the same speed whether you’re on a flat surface or on a hill. Meanwhile, a new cabin filter has been fitted too. Rolls-Royce says the new Ghost is its most technologically advanced car ever built. Alongside laser LED headlights with 600m of range, the Ghost can feature night vision, a 360-degree camera, a large head-up display and self-parking technology, among many other things. There’s also a new cabin filtration system. A range of teaser images were revealed prior to the car’s launch, and one set focused on the new illuminated fascia. Over 850 ‘stars’ surround the Ghost name badge on the dashboard, and the 152 LEDs that make it up are said to twinkle like the Starlight Headliner. When the display is not lit up, we’re told it’s completely invisible.

Jaguar XE gains tech upgrades and a nip and tuck for refreshed range. The Jaguar XE has been updated for 2020, updating the sedan’s engine...
Read more

The popular British executive model now has a simpler line-up. Jaguar has revised its XF in a bid to rejuvenate its dwindling saloon sales and...
Read more

Rolls-Royce retains the character of the original Ghost, but ups every part of the capability, to good effect. ‘Post-opulent.’ An unusual way to describe a...
Read more

The new G70 sports sedan will launch locally in the first half of 2021. Korean luxury brand Genesis is set to launch this newly facelifted...
Read more
Facebook