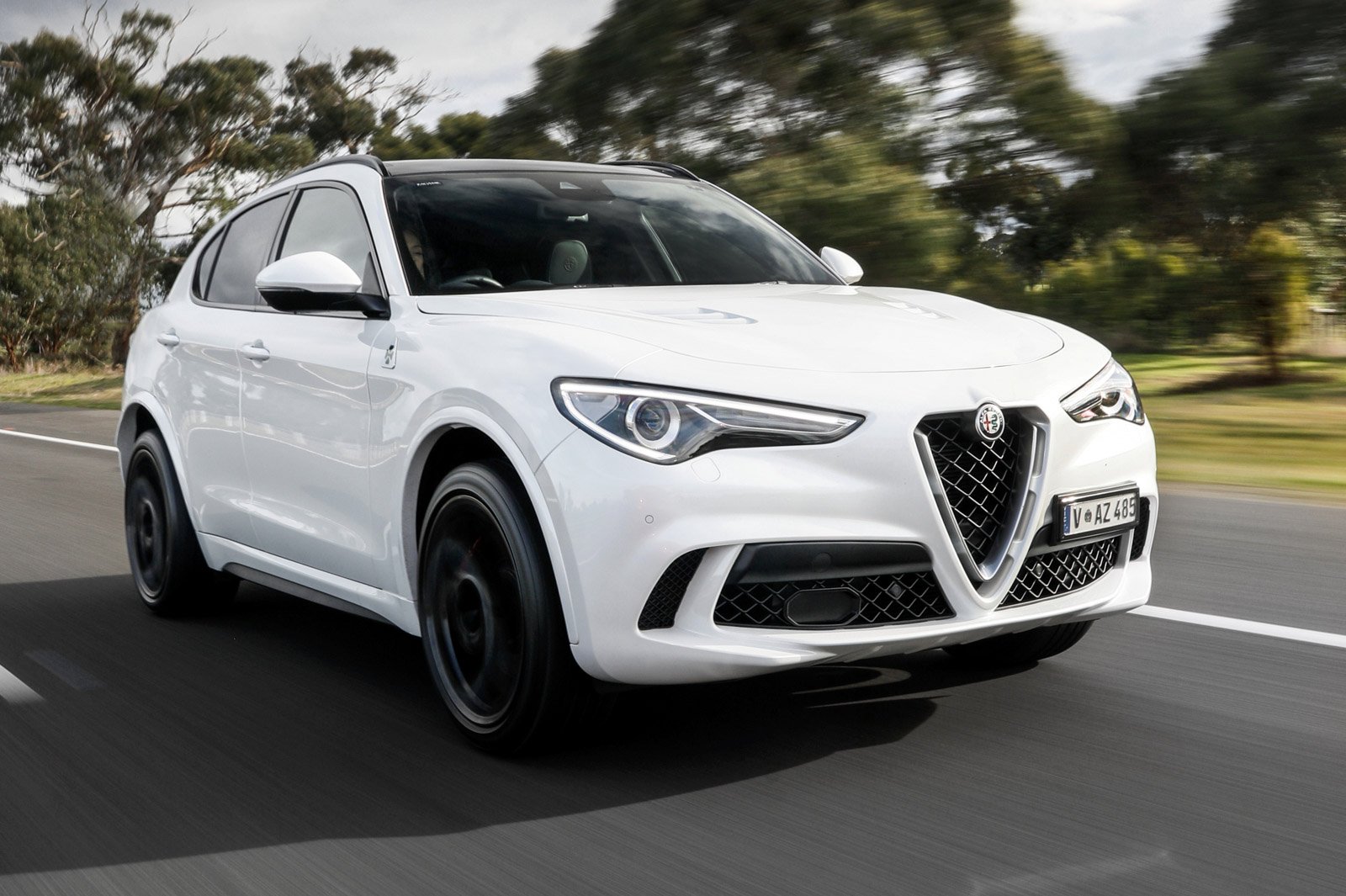 Alfa Romeo’s updated Stelvio Quadrifoglio has finally arrived in Australia with a light refresh on areas where it counts, so is it now the fast SUV to go for?

There was a time when supercars would be considered seriously rapid if they could crack a sub-four second 0-100km/h time. Then, in seemingly no time at all, it became the norm for GT cars, then super sedans, and now performance SUVs.

Whether you think cars like the Alfa Romeo Stelvio Quadrifoglio need to be able to achieve that benchmark in a scarcely believable 3.8 seconds is one thing, but what isn’t open for debate is that the hottest Stelvio, updated for 2021 alongside the rest of the range, is a seriously impressive bit of kit.

The revisions for this year are fairly mild, starting with some subtle cosmetic upgrades. The tail lights gain smoked lenses, behind which now sits full-LED tech as standard. Items like the badging and window trim are darkened, there’s a new optional 21-inch wheel design amd also a new paint colour inspired by Alfa’s glorious back catalogue: Montreal Green. The brake calipers can now also be finished in yellow or black, while inside it’s possible to choose Sparco carbon-fibre front seats with electrical height adjustment.

Around the cabin, Alfa Romeo has listened to criticisms of the pre-facelift Stelvio, and every change has delivered a noticeable improvement. Previously, the trim and switchgear on the centre console felt cheap and nasty. Now, there’s a reshaped, leather-trimmed gear selector, and all the switchgear is inset into a smart piece of carbon fibre trim. It’s now a much better match for the rest of the stylish cabin.

Coffee drinkers and thirsty takeaway buyers will be pleased to know that the cupholder has shifted slightly, so you can fit big drinks properly without butting up against the dash. There’s also now a smartphone cubby that allows for wireless charging. The rest of the cabin keeps the same lovely details. The metal gearshift paddles mounted behind the wheel are arguably the nicest to touch in any car this side of a six-figure supercar, while the steering wheel – slightly altered for 2020 – is still lovely to look at and to hold. Whether buyers choose the standard sports seats (now with electrical adjustment as standard) or the upgraded carbon-backed Sparcos, they look great and feel supportive.

The Stelvio’s infotainment system is new too. Well, new to the Alfa, rather than the more industry-wide sense – while the introduction of touchscreen functionality to the 8.8-inch display, new home screen widgets, and performance menus for the Quadrifoglio mean that it’s better than before, this system is still laggy and fiddly compared to the best that rivals from Mercedes and BMW have to offer. At least Apple CarPlay and Android Auto are now standard.

While the Stelvio’s infotainment feels a good few years behind the competition, the driving experience is right on the money. Nothing much needed tweaking in this area, so all Alfa has done has made a few alterations, such as laminated glass, to improve interior refinement.

That means, as before, the Stelvio is one of the most exciting SUVs money can buy. Power comes from a 2.9-litre twin turbocharged V6 engine sending 375kW and 600Nm to all four wheels. The Stelvio is light by SUV standards though – the official 1830kg makes a BMW X3 M almost 200kg heavier – which means that it’s quicker on paper by some margin. And it translates into the real world. The Stelvio rockets away from a standstill, and the V6 unit snarls and gargles all the way to the red line. You could argue that the Mercedes-AMG GLC 63’s V8 has even more character, but the Alfa still makes a fantastic, angry noise.

Its modest kerb weight helps in the corners, too, where the Stelvio turns in keenly, and with about as little body roll as a hot hatchback. The steering ratio is typically Alfa-quick, but the chassis is more than agile enough to match its response. Of course such cornering ability can come at the expense of ride comfort, but the Alfa does have a trick up its sleeve. Regardless of the position of the ‘DNA’ driving mode selector switch, the rate of the adaptive dampers can be controlled independently. In its firmer mode, it feels a little too tense on a B-Road; switch into the softer setting, and it’s as if the whole car exhales gently, relaxing itself into a smooth flow.

That’s not to say that the ride is perfect though. At low speeds it feels a little fidgety, but it’s still smoother than rivals from BMW and Mercedes for the most part.

Prices for the Stelvio Quadrifoglio start from $146,950 before on-road costs. That’s only a $50 increase from before and it’s still some $10,000 cheaper than the BMW X3 M, which may feel more expensive inside, but isn’t anywhere near as well-executed as a driver’s car though.

Not much has changed with the latest Stelvio Quadrifoglio, but it didn’t really need to. Alfa Romeo has addressed criticisms of interior quality and in-car tech to varying degrees of success, but what is clear is that the Stelvio remains one of the most exciting performance SUVs on sale.