The new Aston Martin Vantage F1 Edition is the brand’s first car under new ownership, and it bodes well for the future.

Just over a year ago some seismic changes took place at Aston Martin. It re-entered Formula One as a manufacturer in its own right, having not been in the sport since 1960, and it appointed a new boss, Tobias Moers, who had previously been in charge at Mercedes-AMG.

So it made sense to launch a new version of an existing road car to celebrate these two significant events, and the Vantage F1 Edition is it.

Quite some car it is, too, and not merely because it’s one of the new pace cars at grands prix. Along with a new range of paints, the Vantage F1 has been modified to make it sharper, quicker and more focused than the V8 Vantage on which it’s based.

The 4.0-litre twin-turbo V8 engine and eight-speed ZF auto gearbox have been tweaked digitally to give the F1 yet more intent. Power rises from 375kW to 394kW, although torque stays the same at 685Nm.

As a result, the 0-100kmh time drops to 3.6 seconds, while the top speed climbs to 314kph, or 306kph if you opt for the Roadster, and it accelerates with all of the menace and V8 theatre the Vantage always has. The engine was never an issue. The bigger changes have taken place within the suspension and, as you can clearly see, the aerodynamics. Thanks to a huge new rear wing and rear diffuser, and an almost-as-dramatic new front splitter, downforce has been increased by an impressive 200kg, say Aston’s engineers.

At the same time the dampers have been upgraded to improve body control at all speeds, but especially at high velocities, and the whole rear end is stiffer (but not necessarily less comfortable, according to Aston), thanks to a beefier new anti-roll bar.

At each corner sits a massive new 21-inch wheel with a Pirelli P-Zero tyre wrapped around its rim, and our test car also had an optional carbon-ceramic disc at each corner, although the standard brakes are made from steel and iron. Inside, the F1 feels similar to, but subtly different from, the regular Vantage, with suede adorning many of the surfaces, and a pair of chunky sports seats that make it feel a lot more focused from behind the wheel, even if the instruments and eight-inch touchscreen infotainment system are unchanged.

On the move, the F1 also feels similar to the regular Vantage in its basic dynamics, but just better in everything it does. What it categorically does not feel like is a thinly disguised road racer. The way it rides alone is far too good for it to be accused of that.

As it turns out, though, the F1 drives and behaves very much like a model in its own right. It’s an extreme iteration of the Vantage visually, yes, but one that’s actually very good indeed to drive once you persuade yourself to look beyond that huge new rear wing.

As such, it provides a strong insight as to what we can expect from all Aston Martins in the future, you’d hope. Namely, a more cohesive feel to the steering, throttle, brakes, chassis and suspension, plus – and this is the most important element of all – a notably higher-quality feel to the things you take for granted when they work perfectly, but which irritate deeply when they don’t.

You get the subtle but distinct impression that more time and effort have been put into such things in the F1. As a result, it feels more solid and simply better put together than any previous Vantage we’ve driven. 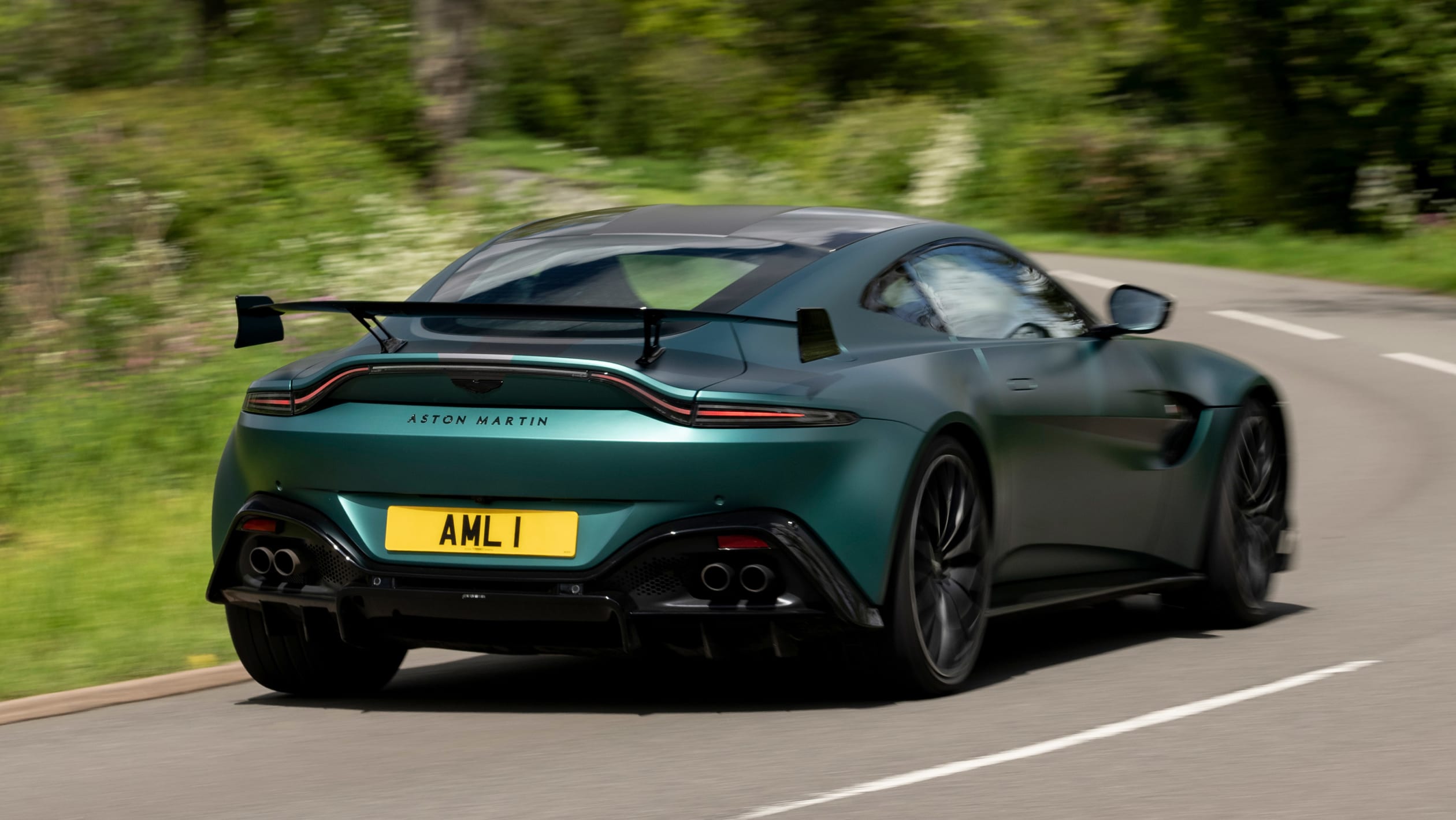 It also goes round corners rather well and has more grip on road and track, while the stiffer rear has also had a positive knock-on effect to its steering, which is now lovely.

As advertised, vertical control is also way better than before, yet at the same time the car has more traction and, if anything, rides with more precision on the road with the dampers in their softer settings. On the surface the Aston Martin Vantage F1 Edition might appear to be little more than an extreme and expensive new version of a car we already know and mostly love, with improved performance, steering and handling, and tweaks to the interior that make it feel more special than before. But in reality it is a sign of things to come under the new regime at Aston Martin, and it’s a good sign. In places, a great sign, in fact. We can’t wait to see what’s next.