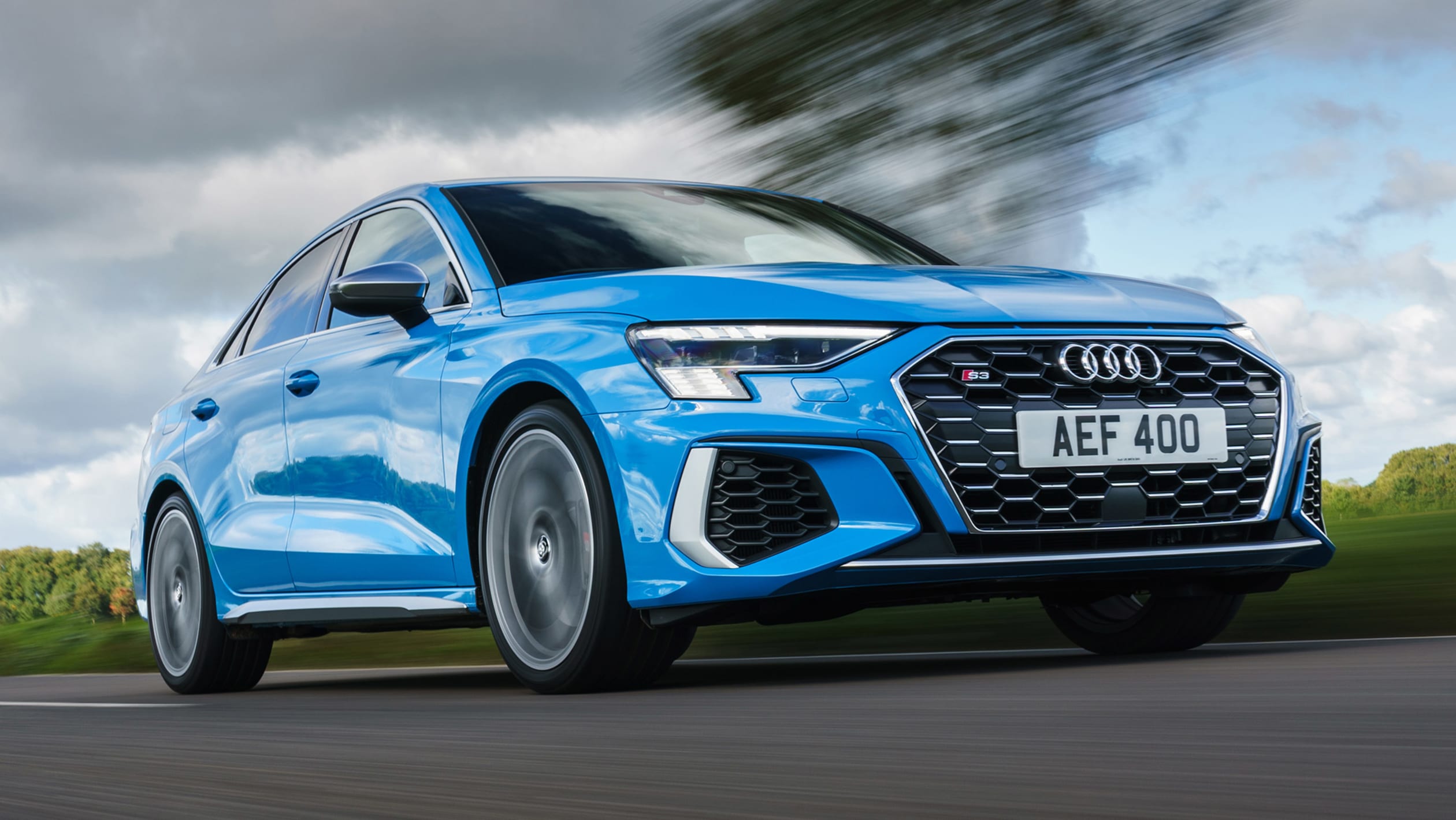 New Audi S3 brings a swathe of tech upgrades, and a little boost in power too.

Ever since the first Audi S3 joined the hot hatch fraternity back in 1999, it set its stall out as not only one of the quickest in the class, but one of the easiest to live with.

However, it’s fair to say that we gave the latest S3 Sportback a lukewarm reception on our first encounter. Rivals from Mercedes and BMW now hit the same spot, but arguably out-perform the Audi in several key areas. Now it’s our first opportunity to sample the S3 sedan before it arrives in Australia next year. Has the four-door become the pick of the range? Like the Sportback, the S3 Sedan takes the latest A3 as its starting point and adds a little more design menace. Intakes on the front bumper grow larger, while the singleframe grille gets silver highlights through its honeycomb structure, sitting above a matching splitter. The door mirror caps and extended side sills are finished in the same contrasting shade, while the back gets some sharp tail lights and the S signature quad tailpipes. The car sits on sports suspension which drops the body 15mm lower to the ground.

Move up a trim level, and those silver trim elements are all painted black, and wheels grow from 18 inches to 19 inches. Gaping grille aside, it’s a fairly subtle look overall, but one that from every angle looks that little bit sharper and fresher than the car it replaces.

Pricing and spec are yet to be announced for Australia – we’d expect all of the bells and whistles for local models. Park yourself inside the cabin and a much greater design departure is obvious – something of a risk, given that the design and finish of the last S3’s insides were among its greatest strengths.

The chances from A3 to S3 are subtle, but all welcome. The sports steering wheel looks great and is pleasant to hold; the seats, trimmed in Nappa leather as standard, feel soft and offer plenty of support, while jazzy dashboard trim and an illuminated red ring surrounding the start button all give subtle nudges about the performance potential.

The S3 is loaded with Audi’s latest tech. The 10.1-inch infotainment screen is big, bright and beautiful – the graphics look great and loading times are fast. Unlike most of its Volkswagen Group stablemates, Audi has kept the ventilation controls in a bank of physical switches rather than embedded within a menu on the touchscreen, and it feels easier to use as a result. The vents are mounted high and close to the instrument binnacle; it gives the S3’s cabin a more driver-focussed feel than any before it. It’s just a shame that they’re made out of hard, scratchy plastic though – in terms of quality, they’re not a patch on the rotating ‘bullet’ vents of its predecessor.

That’s not the only place where quality feels like it can’t quite match the previous version either. We found a few too many surfaces which didn’t quite live up to the admittedly sky high standards of the model which came before. The Mercedes-AMG A 35 Sedan and BMW M235i Gran Coupe are both arguably better finished. But little doubting the S3’s pace. Mechanically it’s similar to the outgoing model and carries over its 2.0-litre turbocharged four-cylinder engine, but the unit has received a 7kW power bump to 228kW, which as before is sent to all four wheels through a Haldex four-wheel drive system. The result of the small increase is that the S3 now breaks the five-second barrier over the 0-100km/h sprint – its 4.8-second time splits the BMW M235i (4.9 seconds) Mercedes-AMG A 35 (4.7 seconds).

And while the power delivery feels largely similar to before, the S3 sounds different. Rather than vocal coaching, the exhaust note has been adjusted in post production: under hard acceleration there’s now an RS 3-like five-cylinder warble – a result of a simulated engine note piped through the cabin speakers. The S3 has never been the choice for hot hatch buyers looking for the last word in driver involvement – and with a rather neutral balance and steering that offers little feedback, that remains the case here. But when it comes to traction, grip and composure, the S3 remains deeply accomplished. Few cars can cover ground so quickly with so little effort – in many conditions it’s just as quick as Audi’s larger S and RS models, because the S3’s size is so easily manageable on tighter roads. It’s a car that remains incredibly effective at flattering its driver in any weather.

It’s relaxing too. Suspension noise is well damped from the cabin, and wind and road noise are fairly well suppressed at a cruise – though the wider tyres mean that the latter is slightly more noticeable than in the standard A3. Standard S3s use passive dampers and sports suspension. While we’d need to reserve full judgement until we sampled a car on the standard 18-inch wheels, on optional 19-inch rims, there was a constant jiggle to the ride over all but the smoothest surfaces. It’s never harsh, but equally it feels like it never truly settles. Top spec models get adaptive dampers, which past experience suggests will add a layer of sophistication to the way the car deals with bumps.

It’s also slightly more practical if the figures are to go by. The boot opening isn’t as large as on the Sportback, but the longer load area means 340 litres of space, beating out the 325 litres of the hatchback.

As an all-rounder the new Audi S3 Saloon holds plenty of appeal, and the reduction in price (European pricing as a guide) between it and the cheaper Sportback hatchback makes it more tempting than ever. In pure performance terms it’s hard to fault, though buyers looking for more involvement should look elsewhere. Though the S3’s tech has leaped forward compared to the old model, we feel that cabin quality has taken a step back.

Original 2010 E-tron concept could manage a spicy 235kW and paved the way for the RS E-tron GT. If you want to know how fast...
Read more
Facebook