Sitting atop an all-new, bespoke rear-wheel-drive platform, the Lexus ES rival retains the long wheelbase, short overhangs and rakish, coupé-style roofline of the previous model, but bears the results of a subtle styling overhaul influenced by the brand’s GV80 SUV.

At the front, a large, shield-shaped grille is flanked by a pair of distinctive split-cluster headlights, while the previous car’s small air intakes, positioned under each headlight, have made way for an extended lower grille that spans the width of the car. 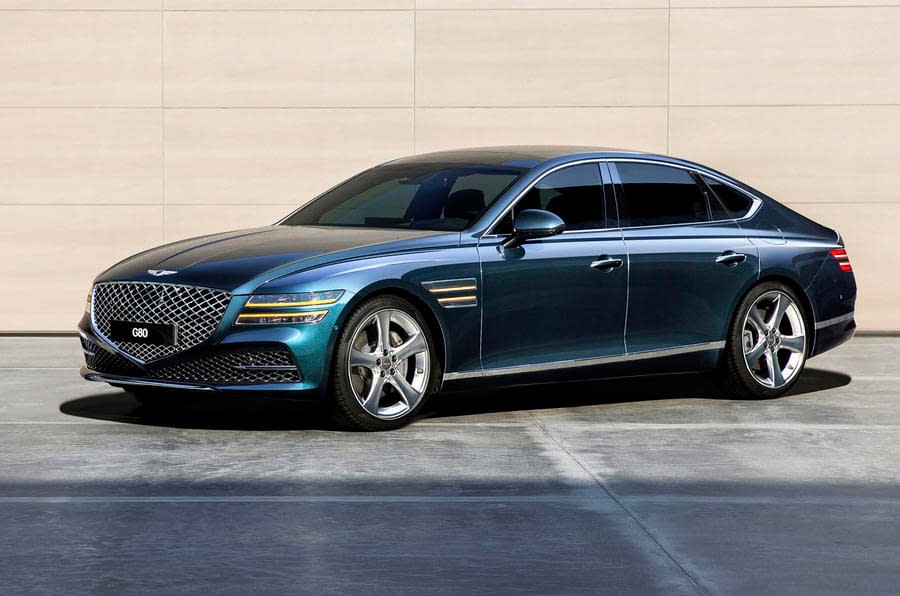 The brand claims the new car’s window line, which slopes more obviously towards the rear of the car than that of the outgoing G80, is inspired by iconic classic cars. A full-length chrome strip is said to strengthen ‘forward visual motion’, in the same way as various styling cues featured on parent company Hyundai’s new Prophecy concept.

Larger 20in alloy wheels, dual shield-shaped exhaust tips and a prominent rear spoiler indicate the car’s performance potential, which is delivered by a choice of two turbocharged petrol engines or a 2.2-litre diesel four-cylinder, which can each be specified with rear- or all-wheel-drive.

The most potent option, a 3.5-litre turbo V6, sends 375bhp and 391lb ft – significantly more than the outgoing car’s 3.8-litre unit – to the wheels by way of an eight-speed automatic gearbox which is standard to all models. The mid-range 2.5-litre turbo four-cylinder produces 296bhp and 311lb ft, while the diesel option puts out 207bhp and 325lb ft.

Inside, the new G80 offers improved rear legroom and headroom, courtesy of a lowered rear bench which also allows for a more heavily raked roofline. The dashboard is dominated by a 14.5in infotainment touchscreen; Genesis says minimal use of physical buttons and switches improves the interior’s appearance and enhances ease-of-use.

The G80’s new platform, aside from allowing for improved interior space, also lowers the body and centre of gravity for improved driving stability. It also weighs 125kg less than its predecessor, with aluminium used for around 19% of the body components. 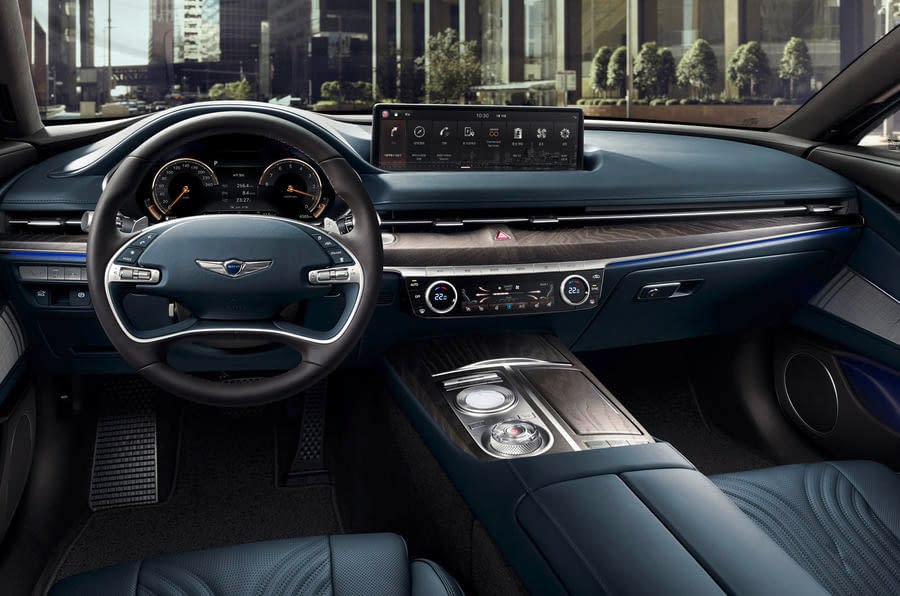 Safety functions featured as standard to all models include motorway driving assist, intelligent cruise control, collision avoidance assist, blind spot monitor and pre-active safety seats which automatically pull the passengers’ seat back forwards in the event of an accident to minimise injury.

In the South Korean market, the G80 will feature an in-car payment device which will also allow drivers to pay for things like tolls and fuel without leaving the vehicle.

Launching initially in the brand’s home market of South Korea, the new G80 will arrive in other global markets, including North America and Russia, in the second half of this year. Genesis boss Manfred Fitzgerald previously told Autocar that the brand was plotting a UK launch in 2020, though this is likely to be pushed back as a result of the coronavirus outbreak.

Genesis Australia that while there is no confirmation yet, it is expected the G80 will launch later this year here.

Jaguar XE gains tech upgrades and a nip and tuck for refreshed range. The Jaguar XE has been updated for 2020, updating the sedan’s engine...
Read more
Facebook