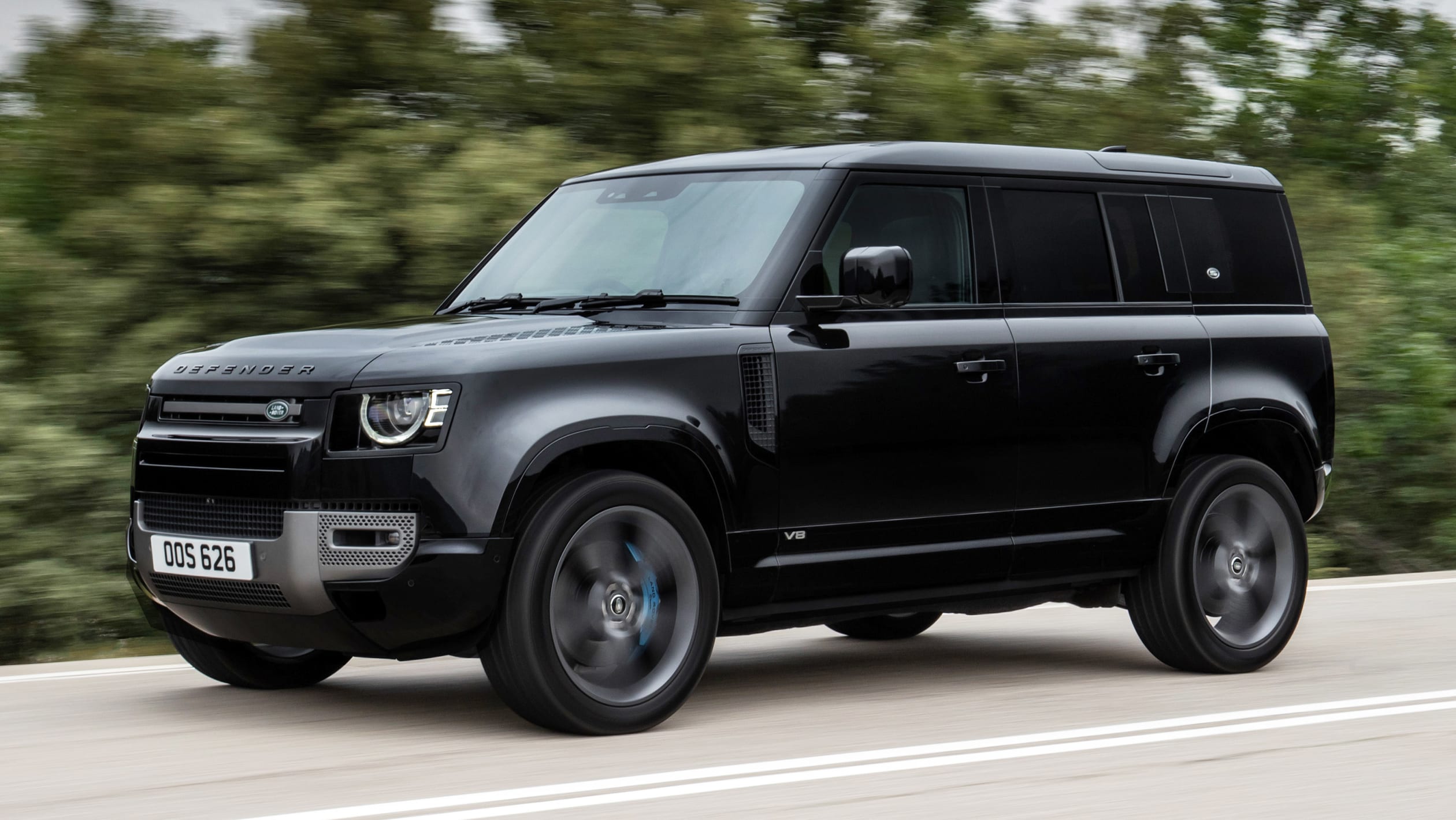 At the complete opposite end of the spectrum to the plug-in hybrid Defender P400e lies the another new addition to the line-up: the Land Rover Defender V8.

With a $210,000-plus price tag, it’s where the Defender verges into proper luxury vehicle territory, but this isn’t a Special Vehicle Operations Defender; it’s just the top end of the regular line-up.

Power is provided by JLR’s familiar 5.0-litre supercharged V8, and drive goes to all four wheels via an eight-speed automatic gearbox. It still features all the off-road kit the Defender is known for, but with some alterations for on-road performance. These changes include new springs and dampers, a limited-slip differential and a recalibrated traction control setting for the Dynamic drive mode, which allows for a little rear-end slip.

The engine is the main draw, though, and it’s on a bit of a farewell tour, because JLR is tipped to replace this supercharged motor with a turbocharged 4.4-litre V8 from BMW in the near future. It’s not quite as raucous in the Defender as it is in SVO cars such as the Jaguar F-Pace SVR, and nor is the level of performance. There’s 386kW and 625Nm on tap, but with 0-100kph coming up in 5.4 seconds, it’s just 0.2 seconds ahead of the plug-in P400e. The noise is fairly tempered in Comfort mode, too, with the engine only really clearing its throat when you stamp on the throttle in Dynamic mode.

The suspension tweaks come together with the newfound presence under the bonnet to enhance the on-road driving experience. The Defender is already a surprisingly engaging car on tarmac, and the V8 builds on this with further stability in corners and what feels like slightly sharper turn-in. It’s not into hot SUV territory, but it edges things a little closer.

It achieves this without sacrificing ride quality, too. In fact, the Defender V8 still rides fairly softly in Comfort mode, and it’s a more cossetting machine than the Mercedes G-Class, the AMG versions of which are prone to a choppy ride.

It does all of this with a great deal of subtlety, too. Only a few design tweaks mark this model out from the rest of the family; the V8 badging on the lower part
of the front doors and standard 22-inch wheels are the only real giveaways outside. Inside, it’s still very similar to what you’ll find further down the line-up. The most obvious alterations are the appearance of paddleshifters behind the suede-trimmed steering wheel, V8-branded treadplates and the fitment of a drinks cooler compartment in the centre console.

Don’t be fooled into thinking that the Defender V8 is a full-bore performance version of the brand’s off-roader, because it isn’t. Instead, it’s an option for those demanding a bit more presence and a small sense of luxury from their Defender, but at a cost. Regardless, it does line up as a decent-value alternative to the Mercedes G-Class, which starts from £100k, but only with a six-cylinder diesel; it’s another £50k for the V8 AMG version.