Following the recent unveiling of the all-new Mercedes-Benz S-Class, we’ve had our first sighting of the performance-oriented AMG variant ahead of its anticipated launch next year.

Marking itself out as the Affalterbach-fettled car by its sports wheels, unique grille, bespoke bumper designs and square-tip quad-exit exhaust, the pictured prototype was captured by our photographers on public roads, hinting that an advanced development programme is underway. As with the previous-generation car, the S63 can be expected to retain the tech-heavy interior and overall proportions of the luxury-focussed standard car, while gaining significant chassis tweaks alongside its more powerful engine, which will be exclusively hybridised for this iteration. 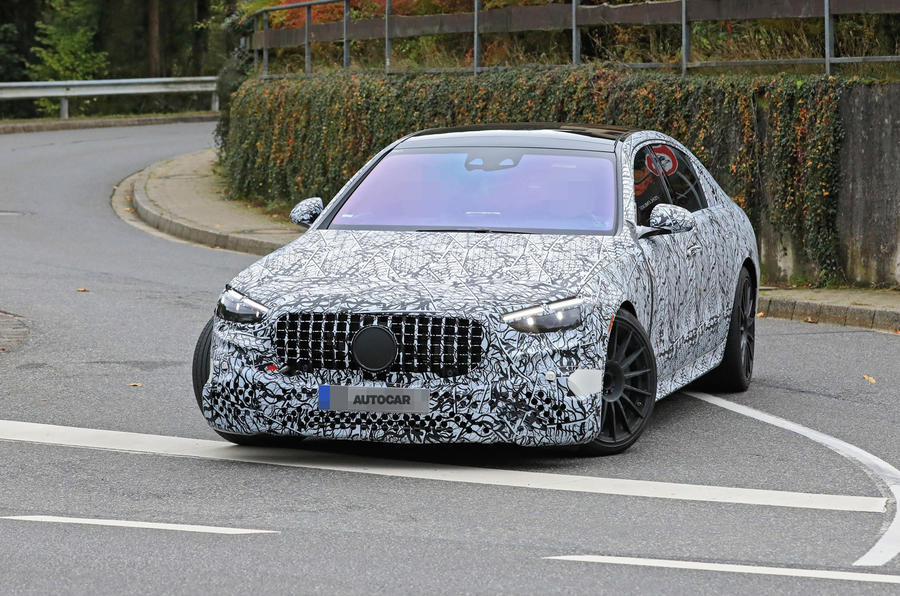 Two plug-in AMG-badged variants are inbound, both powered by a variation of the same twin-turbocharged 4.0-litre V8 that powers the brand’s GT supercar and GLE 63 performance SUV. The standard S63e 4Matic+ will mate the petrol motor with a 100kW electric motor for a combined output of around 520kW, while the more potent S73e 4Matic+ will boost overall output to more than 600kW, courtesy of an uprated 150kW electric motor. It’s not yet clear which model has been spotted here, but visual differences between the performance duo are likely to be minimal, as is the case with AMG’s E-Class-based E53 and E63. The S65 will not return for this generation, with its V12 engine continuing only in the Maybach-badged range-topper. Early last year, Mercedes launched the S65 Final Edition as the previous-generation S-Class bowed out of production, taking with it the 12-cylinder engine and marking an end to nearly 30 years of V12-powered S-Class models.