A prototype of the next-gen Mercedes-Benz C-Class has been spotted testing with minimal disguise, dropping more hints as to the model’s final production design ahead of a launch in 2021.

The C-Class has been redesigned from the ground up, with highly efficient new hybrid drivetrains and advanced autonomous driving technology set to be some of its key draws.

Having experienced a sharp drop in C-Class sales in recent years because of the universal gravitation of buyers towards SUVs, the German maker is providing the fifth-generation model with many of the developments exhibited by the new S-Class. The new C-Class, codenamed W206, will challenge the Audi A4 and BMW 3 Series when it arrives in UK showrooms in 2021. As evidenced by the latest prototypes, the design of the new C-Class is a clear evolution of the styling seen on today’s model. Although its exterior features a new-look front end with more angular headlights, the new car’s proportions, dimensions and overall silhouette remain very close to those of the model it replaces. 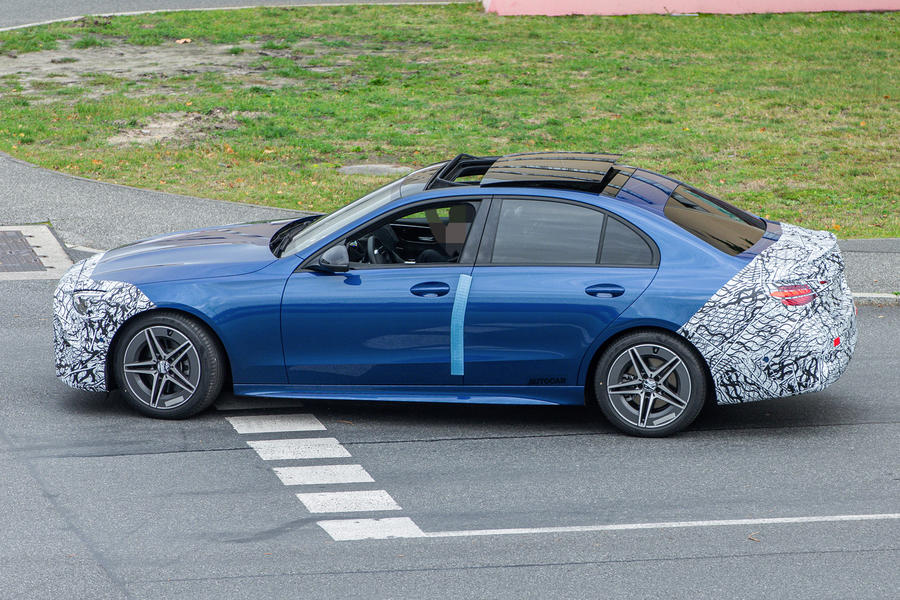 The starting point for the new C-Class is Mercedes’ MRA (Modular Rear Architecture) platform. It offers a number of advances over the earlier version of the steel and aluminium structure. These include, according to insiders, more advanced electrical architecture that supports a 48V system, which is key to providing the 2021 model with a new range of plug-in hybrid drivetrains. 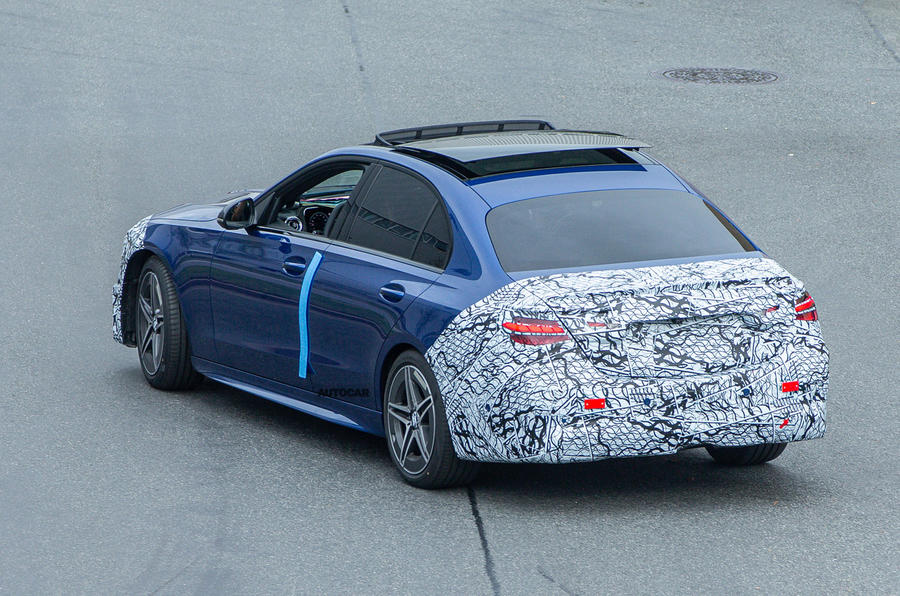 The AMG performance variants will make a return, but as revealed by Automotive Daily’s exclusive partner Autocar, the top-rung C63 will swap its V8 engine for a new hybridised 2.0-litre four-cylinder unit with more than 375kW.

The MRA structure uses a double-wishbone front and multi-link rear suspension, with adaptive damping likely to be offered as standard across the range in most markets. The new C-Class will continue to provide the option of rear air springs on selected models. As well as being used by the C-Class saloon, estate, coupé and cabriolet, the new platform will underpin successor models to the GLC and GLC Coupé, with a choice of both rear-wheel drive and optional four-wheel drive.

As an addition to the existing line-up, Mercedes has given the green light to a new Audi A4 Allroad rival in the C-Class All Terrain model. Based on the standard estate, it will receive more rugged styling, with unique bumpers and wheel-arch cladding, increased ride height and beefed-up underbody protection measures already brought to the larger E-Class All Terrain. 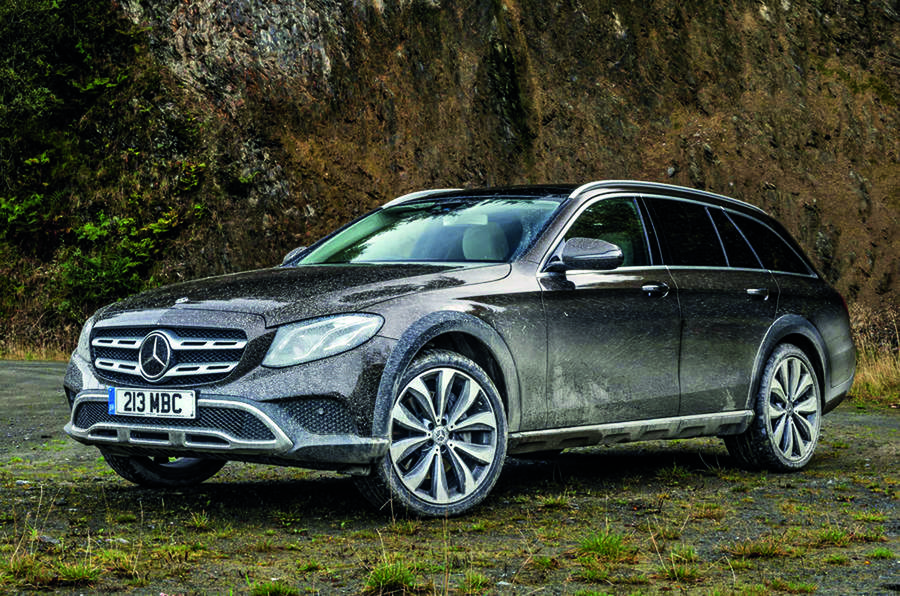 The engine line-up for the fifth-generation C-Class will consist primarily of four-cylinder petrol and diesel engines featuring a choice of EQ Boost mild-hybrid and EQ Power plug-in hybrid functions in combination with either a starter/generator or gearbox-mounted electric motor.

New electric motor and battery technology should increase the efficiency of future hybrid drivetrains, although the plug-in C-Class is likely to continue to offer the 50-kilometre range of the current C300de at the start of sales.

In a bid to make the new C-Class the most advanced car in its class, Mercedes will bring in the very latest autonomous driving features to set what one source involved in its development has described to Autocar as “new standards in human-machine interface in the automotive field”.

Leading the push is a new Drive Pilot function with level three functionality. As pioneered by the seventh-generation S-Class, it will allow hands-off driving at speeds of up to 130km/h for extended distances. 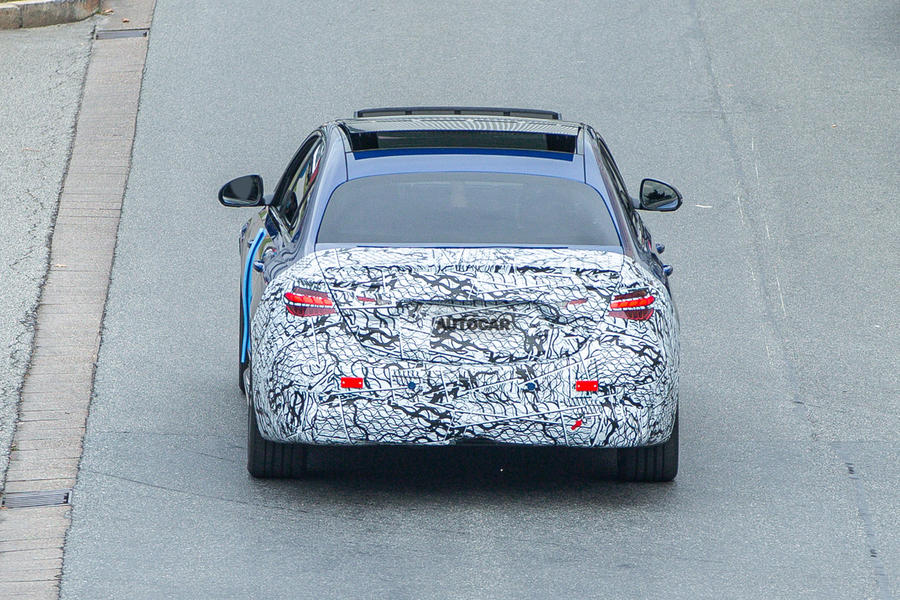 It also provides the basis for a new level four automated valet parking function developed by Mercedes in partnership with Bosch. It allows the new C-Class to negotiate parking garages and manoeuvre into free parking spaces – all via a smartphone app interface.

Advanced adaptive cruise control will allow the C-Class to follow the car ahead at speeds of up to 210km/h, slowing down automatically when speed limits change. It will also support the usual active lane change, lane keeping, emergency stop and brake assist with cross-traffic functions. To make the most of these functions, the C-Class’s new interior will be inspired by the earlier Concept EQ. It will feature large digital displays incorporating both the instruments and infotainment functions as well as new touch-based controls in a less bulky dashboard. This will also provide a greater feeling of interior space, it is claimed.