The upcoming 2021 Mercedes-Benz CLS has been spotted undergoing testing for the first time ahead of its official debut.

Spy photographs taken at the Nürburgring show a disguised prototype version of the four-door coupé, confirming that the facelift will feature minimal styling changes over the outgoing model. The Audi A7 rival’s low-riding suspension may indicate this is a powertrain test mule, which could suggest Mercedes is working on a plug-in hybrid version for certain markets. 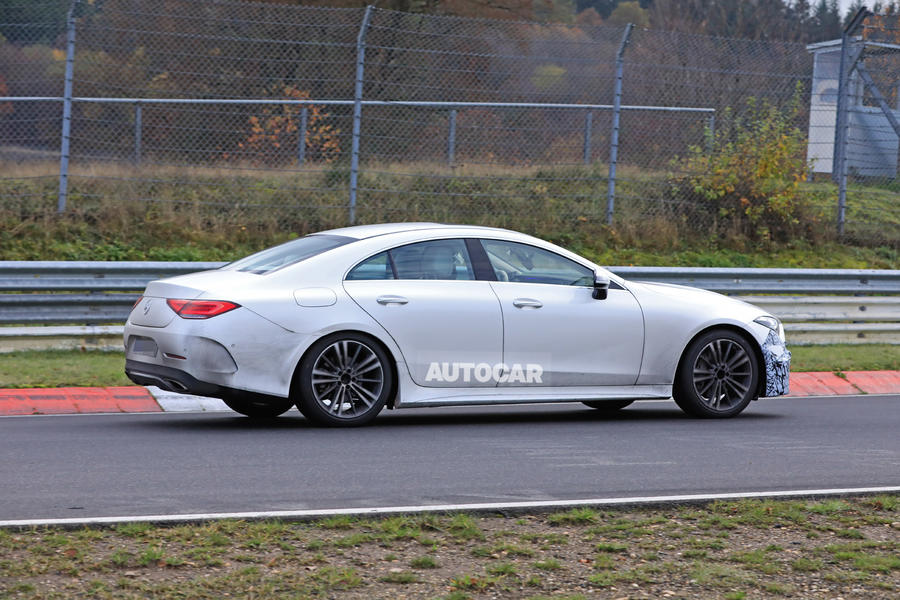 While these images don’t give a clear glimpse at the interior, the refreshed CLS is expected to feature an extensively reworked interior, in line with the E-Class saloon with which it shares a platform. New driver assistance systems, uprated MBUX infotainment technology based around two 10.25-inch screens, and a new steering wheel design featuring capacitive touch controls are all likely to make an appearance. When it arrives, the CLS is likely to receive an updated EQ Boost 48V mild-hybrid powertrain, which was refined for the E-Class to deliver fuel economy gains. There’s also the possibility of a plug-in hybrid using the same 2.0-litre four-cylinder engine as the new E-Class, which would help Mercedes lower its fleet emissions figures. An AMG-developed CLS 53 is also expected, though with the AMG GT63 now filling the four-door coupé performance niche, a return for the CLS 63 seems unlikely.

The CLS is expected to be officially revealed towards the middle of 2021. Prices are likely to see a slight increase over the current model.