Mercedes-Benz is preparing to take on the Tesla Model S, Porsche Taycan and next-generation Jaguar XJ with its plush new EQS electric flagship, and fresh spy shots of a less-disguised prototype have emerged.

Test cars have recently ditched the bulky body cladding and fake lights of previous testing mules, giving a glimpse of the headlight and tail-light designs and the overall body proportions. We’ve now had our first glimpse inside, too, and it looks like the EQS will have the same 11.9-inch central touchscreen and 12.3-inch digital display as the recently revealed 2021 S-Class, doing away largely with physical controls.

Mercedes previously confirmed a range of more than 700km for the EQS. Daimler boss Ola Källenius said the new model would also “set the benchmark” in terms of luxury, comfort and safety. 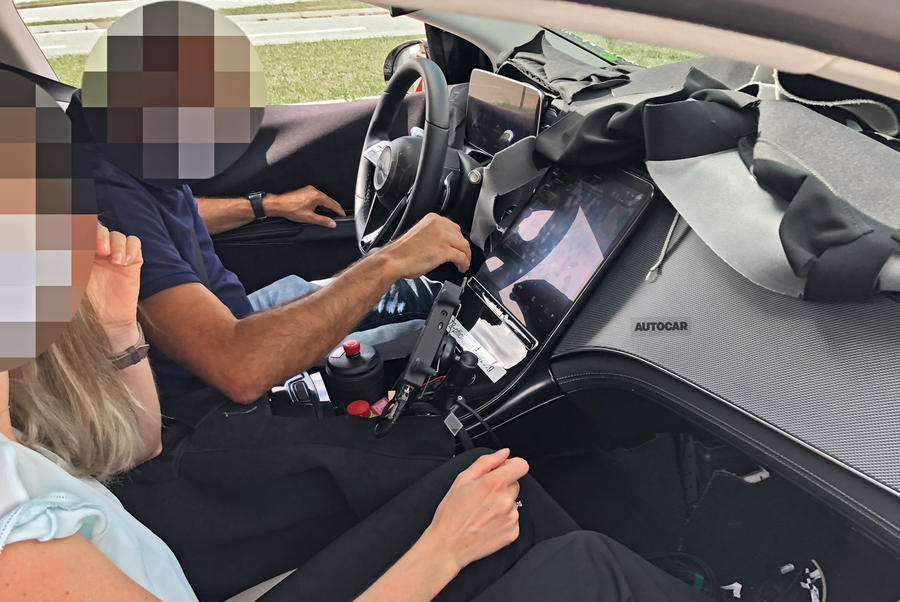 The EQS will compete with the Taycan and its upcoming Audi E-Tron GT sibling in the flourishing electric premium saloon segment. Test mules feature a low, swooping roofline, with a slim headlight design among the more obvious visible features.

The EQS is described as being roughly the size of the current CLS. Mercedes previously hinted at the styling of its first electric sedan with the EQS Vision concept at last year’s Frankfurt motor show.

The latest addition to Mercedes’ EQ electric vehicle line-up will join the EQC mid-sized SUV and EQA compact SUV in showrooms in 2021. According to officials, the EQS name implies a level of luxury, comfort and features consummate to the company’s traditional S-Class.

It will head what the engineering boss of the EQ sub-brand, Michael Kelz, suggests will be a  1-strong electric model range by the middle of the 2020’s. German marque is keen to simplify its range and cut costs, and fan favourites have entered the crosshairs
Read more

The next luxury limo from Mercedes promises to maximise the Maybach name. Mercedes’ is fully committed to expanding its Maybach sub-brand, CEO Ola Kallenius has...
Read more
Facebook