Mercedes-Benz is due to unveil its new S-Class flagship later this year, and the luxury saloon has been caught with minimal disguise by our photographers.

Previously spotted prototypes wore heavy camouflage, but we can now see clearly that the seventh-generation BMW 7 Series rival takes an evolutionary approach to the exterior redesign, with a similarly curvy look to today’s car. The tail-lights take inspiration from that of the latest CLS. The interior, caught on camera earlier this year, takes a more radical step forward, with a greater emphasis on technology. The minimalist dashboard is dominated by a Tesla-style portrait display – significantly larger than any screen Mercedes has offered in previous models – paired with a freestanding digital instrument display. Last week, Mercedes officially unwrapped the interior of the new S-Class, revealing that it will feature the second-generation version of the firm’s MBUX infotainment system – with fewer physical controls, five touchscreens and an array of motion-detector, sensor-operated functions. 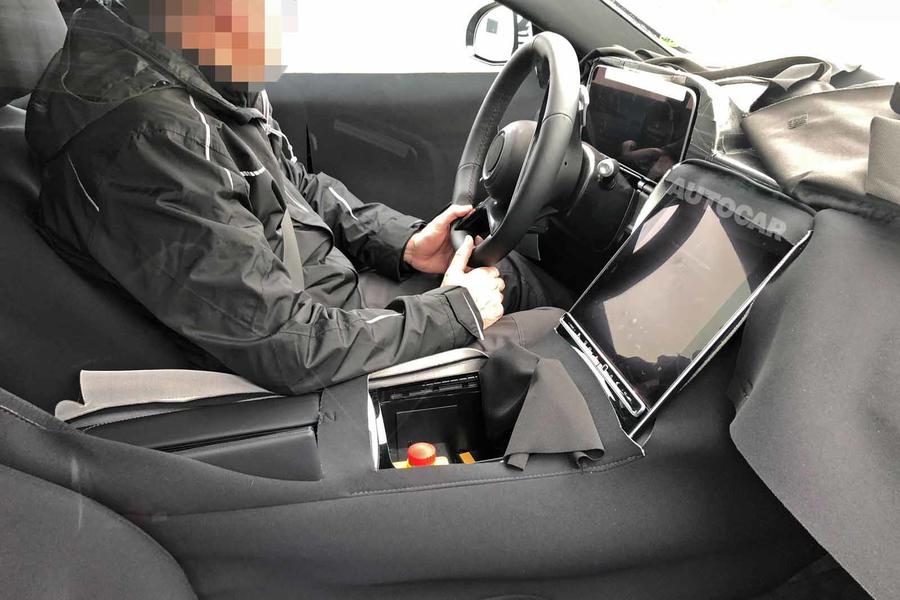 The seventh-generation S-Class looks set to regain its place at the forefront of the brand’s technical know-how, with a range of new electrified powertrains and advanced driver assist features. Comfort and technology levels will take a boost, with the target of lifting it beyond rivals such as the 7 Series and Audi A8.

The new Mercedes flagship, which is due in European showrooms next year, has been developed to support two distinctly different saloon models for the first time. While standard versions are set to receive a range of plug-in hybrid drivetrains, the German car maker will also launch an aerodynamically optimised pure-electric version that will serve as the flagship model for its new EQ electric vehicle sub-brand.

Badged EQS, the new model will offer a claimed range in excess of 500 kilometres on the latest WLTP test cycle when it goes on sale in 2022. Plug-in hybrid versions of the S-Class will feature part-time zero-emission capability for distances of up to 100 kilometres, together with the option of a newly developed 4Matic four-wheel drive system with fully variable apportioning of drive between the front and rear axles. 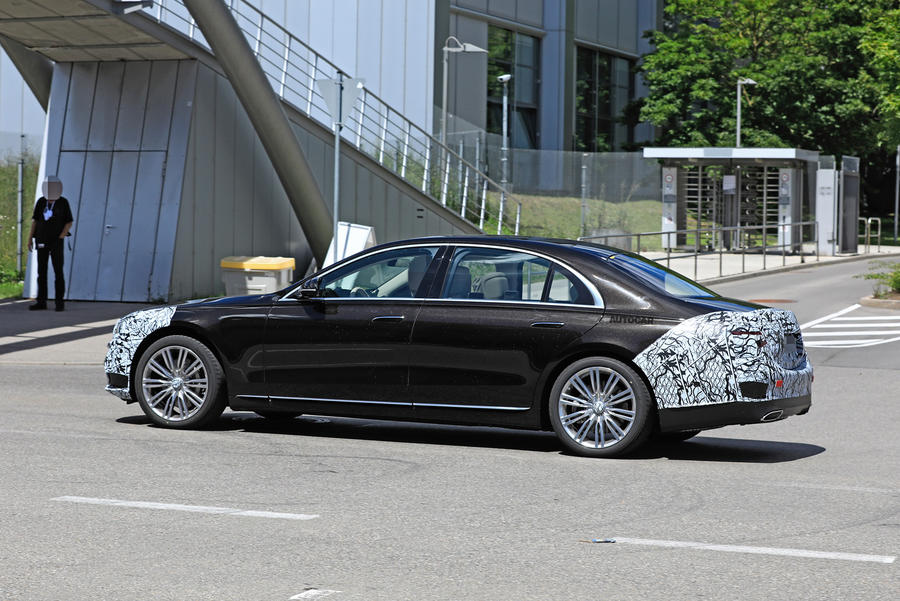 The EQS forms part of Mercedes’ AUD$16 billion programme to introduce more than 10 dedicated electric vehicles to the market within the next six years. 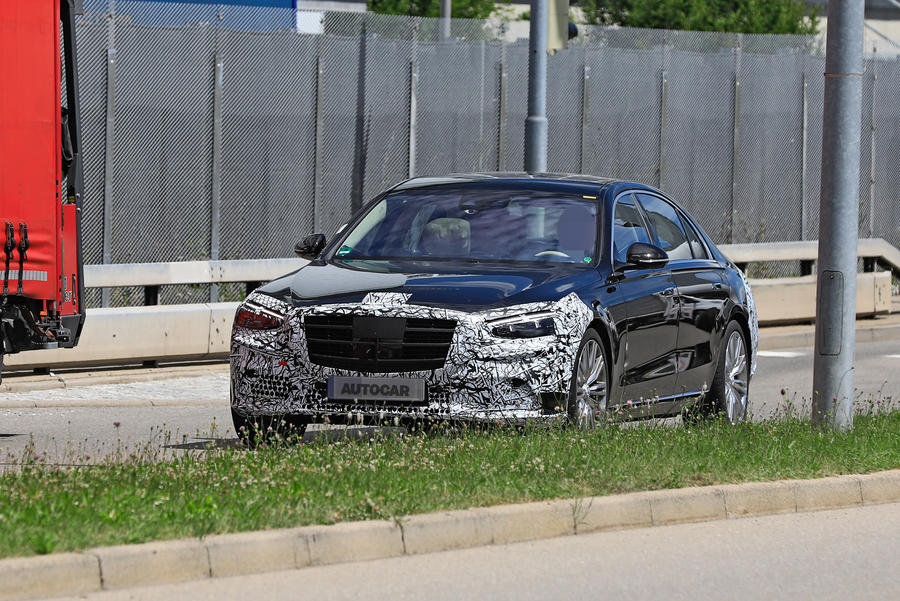 However, while the standard S-Class sits on the MRA platform, the more technically advanced four-wheel-drive EQS will be the first Mercedes-Benz model to be based on the new Modular Electric Architecture (MEA) platform. Unlike the structures being developed to underpin smaller EQ models, it is not based on an existing platform but has been developed as dedicated EV architecture with a flat floor to house batteries.

The electric EQS is set to receive two electric motors – one acting on the front axle and the other driving the rear – providing permanent four-wheel drive in all variants. In the EQC, this set-up delivers more than 300kW and some 700Nm, although engineers involved on the development of the EQS suggest it will offer even greater levels of power and torque, with a planned AMG performance model earmarked to produce more than 447kW. 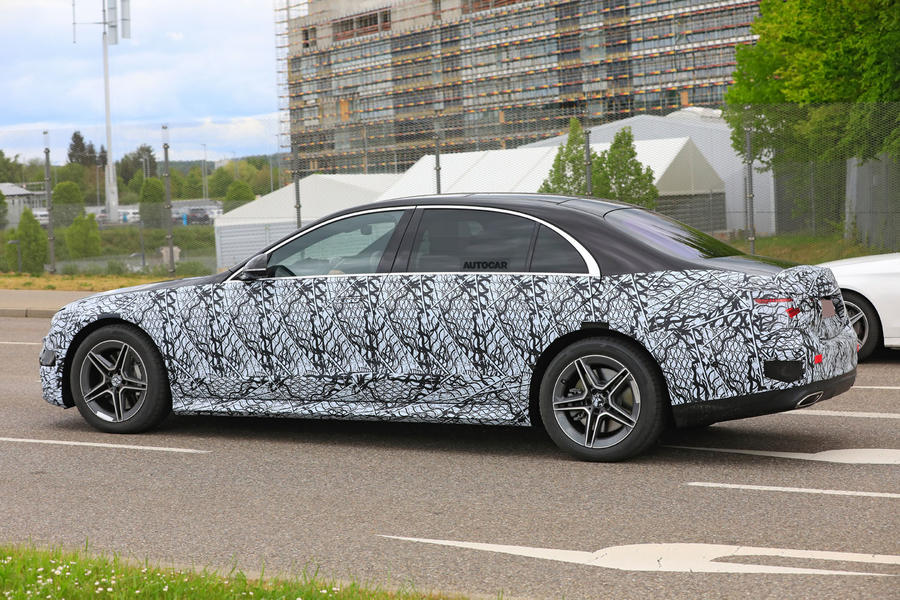 Despite the differing platforms, both the standard S-Class and the EQS are set to share the same active suspension system. A development of the existing S-Class’s AirMatic+ system, it works in combination with a 48V electrical architecture and a stereo camera that scans the road ahead to adjust the spring and damper action on each wheel, allowing it to not only counteract body lean in corners but also to better control pitch.

The EQS will adopt its own distinct styling. Reflecting the packaging advantages inherent in electric vehicles, it receives a shorter bonnet and more heavily raked windscreen than the standard version of the new S-Class, similar to that of the CLS.

Mercedes aims to have a battery-electric vehicle in every segment it serves by 2022, before rolling out its new platforms mid-decade
Read more

The Mercedes-Benz Vision EQXX will soon make its debut, boasting the longest range of any electric vehicle to date. Mercedes is gearing up for the...
Read more