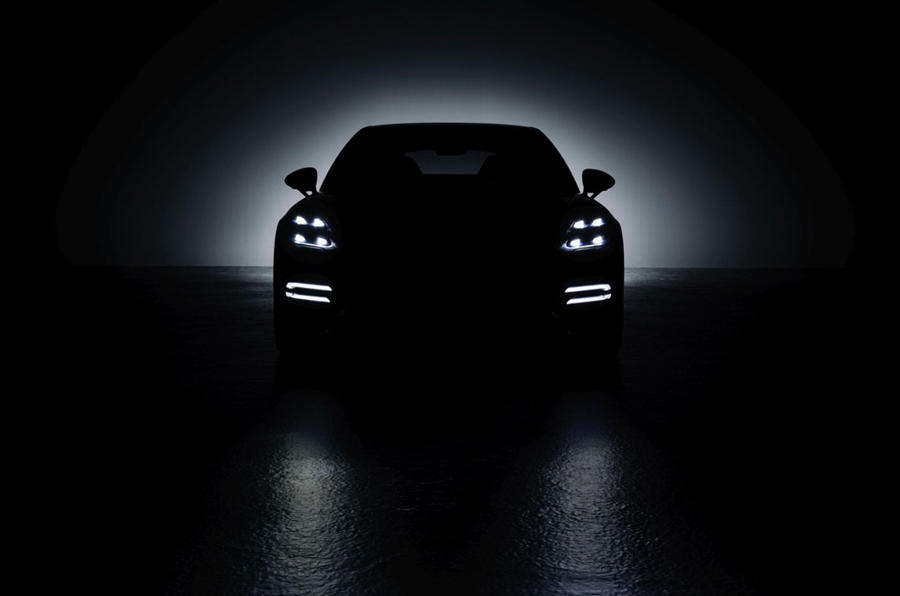 The facelifted 2021 Porsche Panamera will be unwrapped on Wednesday 26 August, revealing a subtle new look and likely a small power hike.

A prototype for the updated car set a new lap record for an executive car at the Nürburgring Nordschleife last week, covering the 21-kilometre track in 7min 29.81sec. The Mercedes-AMG GT 63 S managed a time of 7min 25.41sec on a slightly shorter version of track, but is unable to beat the Porsche here either, the Panamera completing that course in 7min 25.04sec. The facelifted saloon’s lap was also roughly 13sec faster than the outgoing car’s. Porsche claims this “underlines the comprehensive enhancement of the second Panamera generation”.

Porsche has yet to confirm which Panamera variant Kern drove for the lap. However, it is likely to have been the range-topping Turbo S E-Hybrid variant. It’s expected to generate slightly more power than the 500kW of the current Turbo S E-Hybrid, which should fractionally reduce its 0-100km/h time to below 3.4sec and push the top speed closer to 320km/h. Porsche has yet to confirm either the new Panamera’s powertrains or its specifications, though.

The updated Panamera benefits from chassis and engine upgrades. Kern also referenced an enhanced electromechanical roll stabilisation system, which is claimed to improve lateral dynamics. The specially-developed Michelin Pilot Sport Cup 2 sports tyres used by the Nürburgring-car will not be offered as standard, but will be available as an option after launch. Although the record assessors confirmed the record-breaking Panamera as a production-spec car, it was equipped with a racing seat and a safety cage for the purposes of the lap.

Vice president of the Panamera product line Thomas Friemuth said: “The Panamera has always been both an exclusive touring saloon and a true sports car at the same time. In the new model, we have enhanced these features even more.

“Alongside the increased engine power, improvements have been made in the areas of cornering stability, body control and steering precision. These enhancements benefit both everyday comfort and performance. The lap record is impressive proof of this.” Previously spotted prototypes suggest that, as well as increased power, the updated Panamera will receive subtle revisions to its exterior look, including an altered tail-light design with an LED strip linking both units to bring it into line with newer Porsche models, such as the Cayenne and 992-generation 911.

Automotive Daily’s exclusive partner Autocar also understands that Porsche is planning to introduce its first mild-hybrid powertrains for the US versions of the S and 4S models.