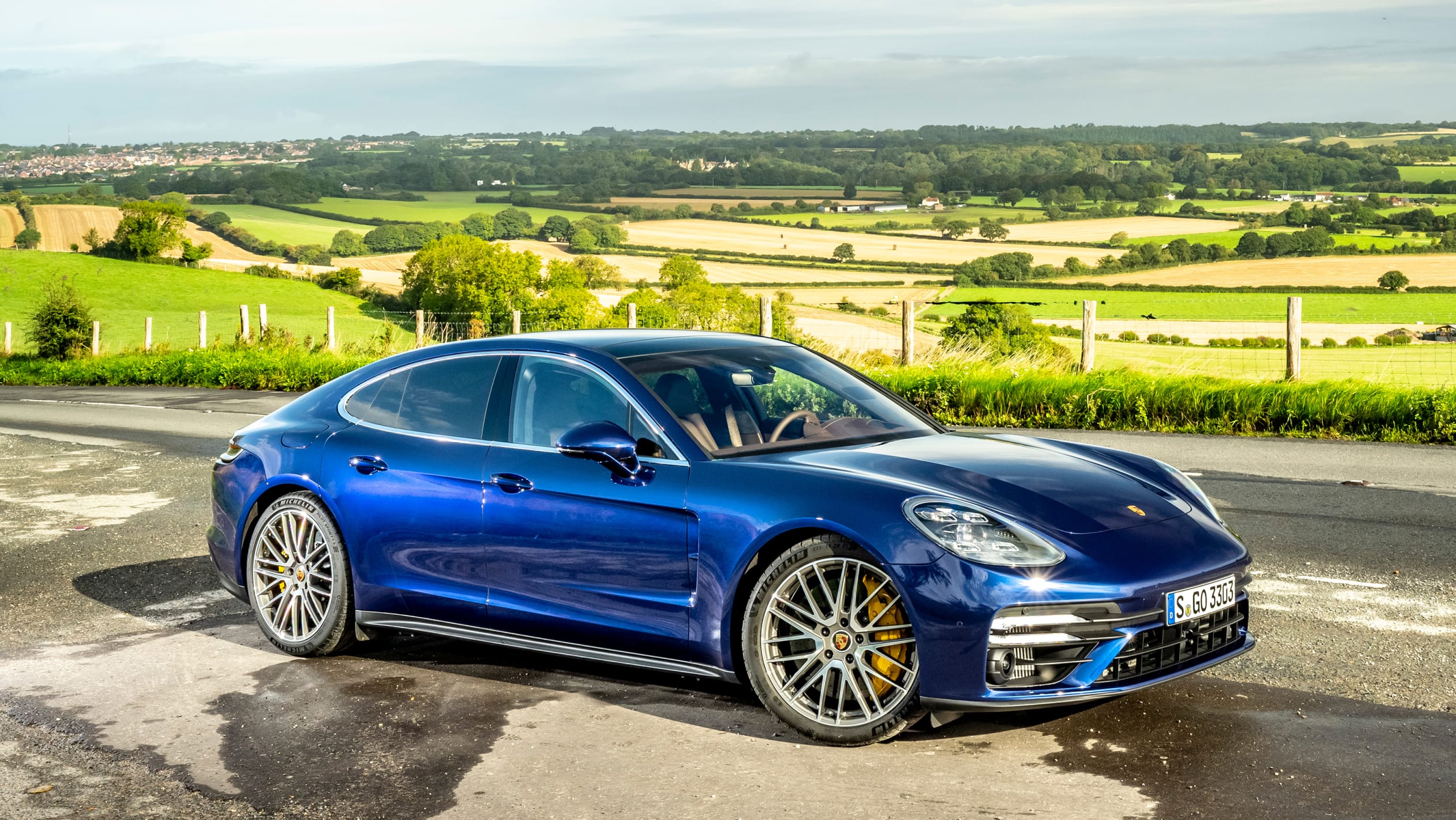 Porsche’s electric efforts might be in the limelight, but this 463kW V8 four-door is incredible in other ways.

Porsche has been busy electrifying key parts of its line-up – including introducing the all-electric Taycan, which is now arguably the flagship of its range. But that doesn’t mean the German brand has forgotten how to do combustion-engined performance – and to prove this, it has just launched an updated Panamera Turbo S.

It sticks with V8 power, but its retuned motor has some stonking outputs: 463kW and a whopping 820Nm of torque – gains of 59kW and 50Nm over the old edition. The new model’s key figures are 0-100km/h in just 3.1 seconds and a top speed of 320km/h – pretty astonishing for a car this big. And you feel it as you drive it, for the new Panamera Turbo S definitely has to be filed in that category of cars that are Difficult To Drive Slowly. Even pootling around town, you only have to give the right-hand pedal the smallest of inputs and you’ll find yourself pushing 70km/h, not 50km/h.

But it’s the haste with which the Turbo S goes from those speeds to, say, 110km/h, that is both shocking and impressive at the same time. There’s almost no lag whatsoever from the 4.0-litre twin-turbo motor, and the eight-speed dual-clutch gearbox is well tuned, with rapid shifts. So you can accelerate from legal to licence-losing speeds in just a few seconds.

The chassis feels like it’s been tuned to cope with this pace – although this brings pros and cons. We’ve no doubt that at 240km/h on a German motorway the Turbo S would feel totally planted, reassuringly solid and with any body movement kept firmly in check. But this set-up is a little stiff for most of the Australian roads; you’ll feel potholes and road scars thudding through to the cabin too often, as the Panamera’s air suspension simply runs out of capacity to cope with them.

The steering is impressively direct and has a reassuring amount of heft, while the left-hand pedal has way more feel than you have any right to expect in a big cruiser like this. Start holding gears in manual mode and you’ll get a decent noise out of the V8, too – although it still sounds a little better from outside the cabin than it does in it. But you can’t avoid the car’s size; our test vehicle was a German model, yet even with the nearside wheels in the gutter, we could often hear (and feel) the offside pair clipping the cat’s eyes in the middle of the road.

Beautifully finished, dynamically accomplished and astonishingly rapid, the Panamera Turbo S feels worthy of its hefty price. But it also feels like it was created for fast autobahns, not crowded British B-roads. So while Australian buyers might be comforted by knowing that they have got the fastest Panamera, they’re unlikely to get anywhere near enjoying its full performance.