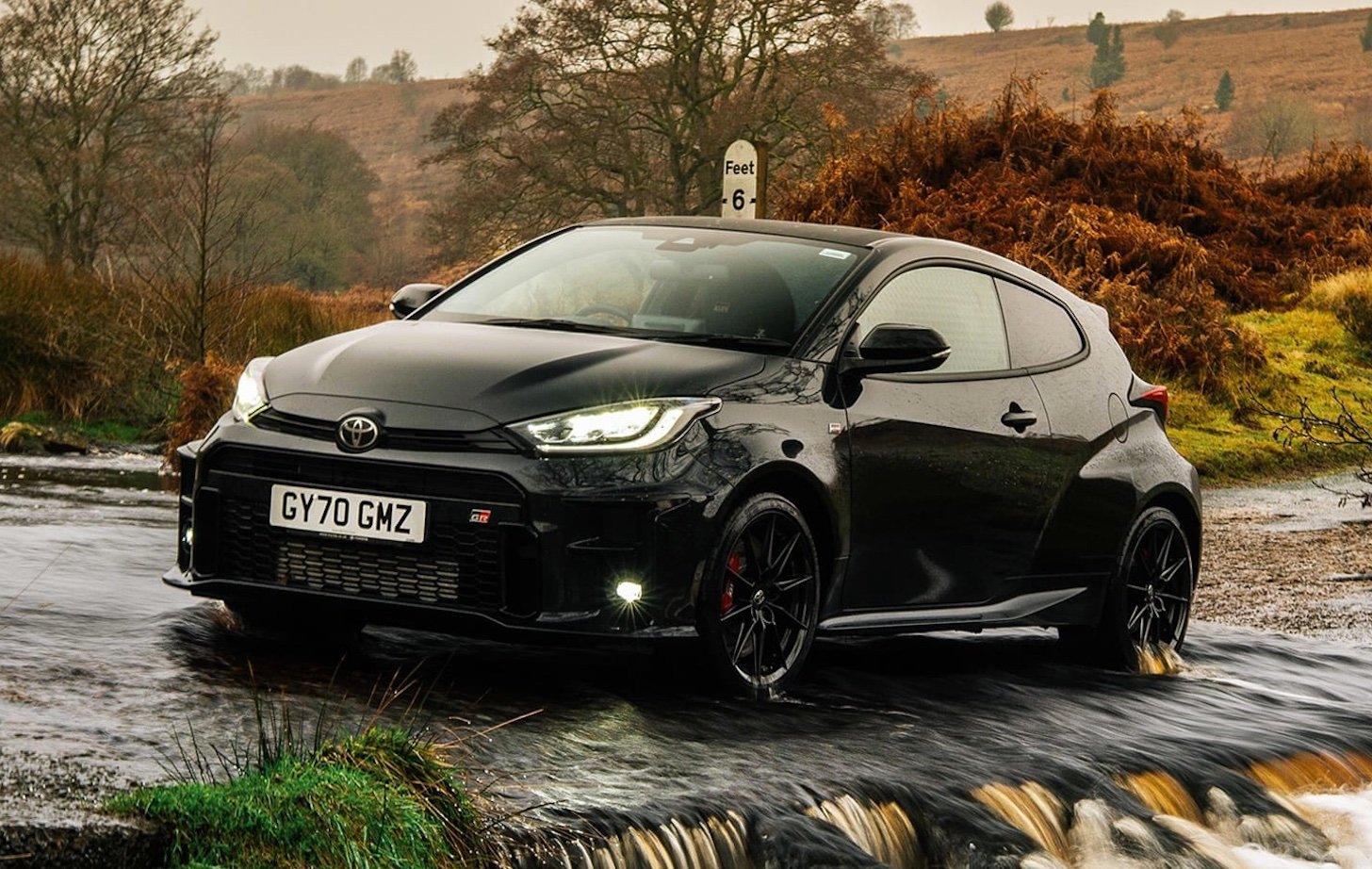 Yes, it’s the return of the homologation special. A – relatively – affordable performance car not created solely on the basis of a marketing plan, or to lower a meaningless lap record around a given circuit, but to serve as the ideal base from which to mount a top-flight motorsport campaign. The Toyota GR Yaris is a true homologation special in the most literal sense.

Such an approach has given us some of the most revered cars of all time, from the Ford Sierra RS Cosworth to the Porsche 993 GT2, and so many more. Can the GR Yaris add its name to that hallowed list? The purpose-designed G16E-GTS three-cylinder engine displaces 1.6 litres and with the aid of a turbocharger produces 192kW and 360Nm. Drive is taken through a six-speed manual transmission to the GR-Four chassis, which is Toyota’s name for a full-time four-wheel-drive set-up based around an electronically controlled multi-plate clutch.

In theory 0 to 100 per cent of the torque can be sent to the front or the rear, but in reality there are three modes to choose from. Normal equates to a 70:30 torque split with a front bias, Sport reverses that with a 30:70 split, and Track is 50:50.

The punchy engine and four-wheel drive together enable the GR Yaris to reach 100km/h from rest in just 5.5 seconds. Top speed is an electronically limited 230km/h. There’s so much to say about the technical make-up of the GR Yaris, but the short version is that the body shares only its front and rear lamps and its wing mirrors with the regular Yaris. Yes, it may be a small, three-door (hurrah!) hatchback, but the GR is a very special piece of kit designed specifically for the intended job. There’s a carbonfibre roof, aluminium bonnet and doors, and numerous engineering solutions designed to make this Yaris the ideal basis for a rally car, whether in the top category of the sport or the WRC2 class. For a driving enthusiast, the sense of anticipation when handed the key to the GR Yaris is almost off the scale. To the uninitiated it may look like a humble little Toyota hatchback, but after all the hype and mouth-watering specification talk we don’t think there’d be any more excitement if it were something low, wide, Italian and in possession of 600kW.

What strikes you initially is how squat, simple and purposeful the GR Yaris looks on the road. There’s a small spoiler on the rear hatch but otherwise the shape is largely devoid of frippery. From behind it dominates the road thanks to those wide rear wheelarches, while at the front the gaping holes in the bodywork for cooling are almost militaristic in their single-minded design.

When viewed purely in isolation, the three-pot engine’s vital stats don’t look that spectacular, even if the GR Yaris is admirably light (1280-1310kg, depending on specification) given the amount of technical content crammed into its small body. And if your only experience of a three-cylinder engine is a 1-litre Ford EcoBoost unit, you may be wondering if a triple can really cut it at this level. Any such concerns are banished the moment you get the GR Yaris moving. Its engine is gutsy low down, but then really enjoys revving, and the subsequent surge of power throws the little car along at an amusingly rapid pace. In reality, it feels much stronger than the figures suggest: with the benefit of complete traction not a single one of those turbocharged horses is wasted, and the performance is further boosted by some nicely stacked gear ratios that aren’t too long.

It’s also immediately clear that the GR Yaris gets its pace not just from that energetic engine, but because in true rally homologation special style it worries not a jot about the surface beneath its wheels. Ridges, compressions and broken asphalt are dismissed with barely a thought, the car charging onwards towards the next challenge without hesitation. Grip levels on the Circuit Pack version’s Michelin Pilot Sport 4 S tyres are very high, and only occasionally does the damping struggle on a particularly tricky bump. Unlike a front-wheel-drive hot hatch, such as the current Fiesta ST, the four-wheel-drive Toyota’s cornering repertoire is much more three dimensional. A corner isn’t about simply getting the front to turn in and then managing traction on the way out; rather, the Yaris will rotate and then power through, the primary objective for the driver being to see just how early they can get on the power.

The answer, often, is even earlier than you thought. Perhaps the Yaris could be more aggressive still at the front end, for as it stands it’s much closer to an old Subaru Impreza than a Mitsubishi Lancer Evo in character, the steering lacking just that last degree of clarity on turn in and the car favouring outright traction over hyper-agility. For many, this will be the perfect solution, but for those looking for something wilder still perhaps there’s room for a more aggressively set up model in the future…

Even so, the GR Yaris is the kind of hot hatch where you’ll struggle not to drive flat out everywhere, usually with a massive grin on your face. It’s also effortless everyday transport, and deeply cool if you know what you’re looking at. Job done, Mr Toyoda. Rivals are something the GR Yaris struggles to find. The current king of the small hot hatchback is the Ford Fiesta ST, which is cheaper ($32,290) but down on power and front-wheel drive only, although it’s soon to be joined by a tough competitor in the Hyundai i20N. At the other end of the size spectrum is the newly revised Honda Civic Type R, which is comparable to the Toyota on price but a very different – if equally impressive – car in character.