Facelift for Toyota’s Ford Ranger rival will usher in a more powerful engine and revised suspension – and you can bet there’ll be a GR performance spin-off.

Toyota is preparing an updated version of its Hilux ute for a reveal later this year, and has released new details following a series of off-road tests with two-time Formula 1 champion and five-time Dakar Rally winner Fernando Alonso at the wheel. 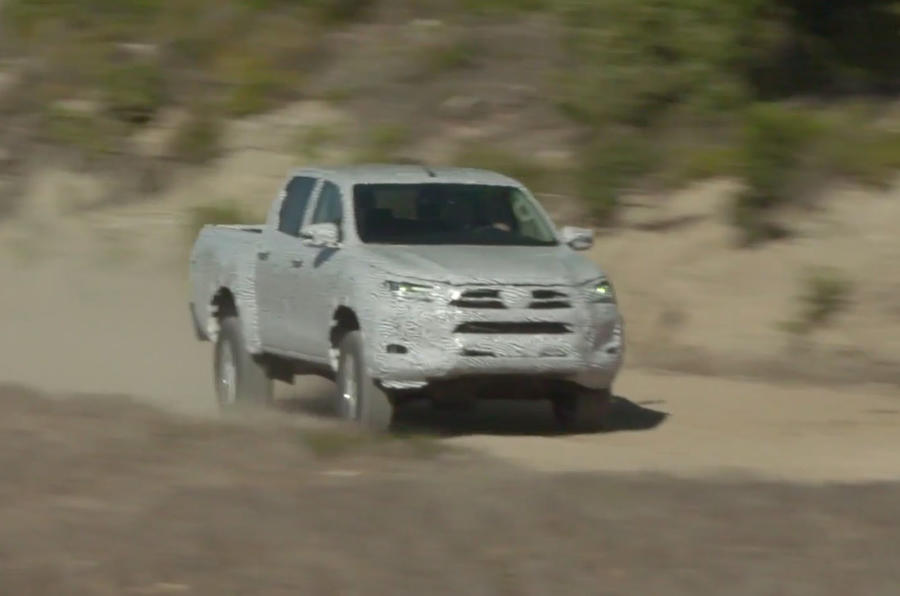 Beneath the prototype’s heavy camouflage, we can see that the Ford Ranger rival’s styling will be subtly refreshed, rather than completely overhauled. Visible details include a reshaped front grille that’s more in keeping with the latest Yaris, Kluger, and Rav4, slimmer headlights than the current car and a reconfigured cooling vent layout.

The headline change is a more powerful and gruntier 2.8-litre diesel engine that is likely to produce more power and be more economical than the existing four-cylinder engine. The ute is currently available in Australia producing 130kW and 450Nm, the new unit is expected to develop 150kW and 470Nm.

The new powertrain will be accompanied by revised suspension that is said to maintain the Hilux’s “reputation for world-class quality, durability and reliability”.

Alonso drove the prototype alongside Toyota’s Hilux-based rally raid truck as part of the Gazoo Racing motorsport outfit’s preparations for the 2020 Dakar Rally.

“The Hilux is an icon and I’ve always been a fan,” he said. “It was good to test the new Hilux in a challenging environment and to push it to the limits. The new engine behaves well and the new suspension feels great. Even when you push it, the comfort is still there.”

Toyota Australia has already registered the Hilux GR name, pointing strongly that there’ll be a GR Hilux in the future.

Hummer nameplate will be revived for 747kW EV 'super truck' that promises 0-100km/h in 3sec. The new GMC Hummer EV, the first in a line of...
Read more
Facebook