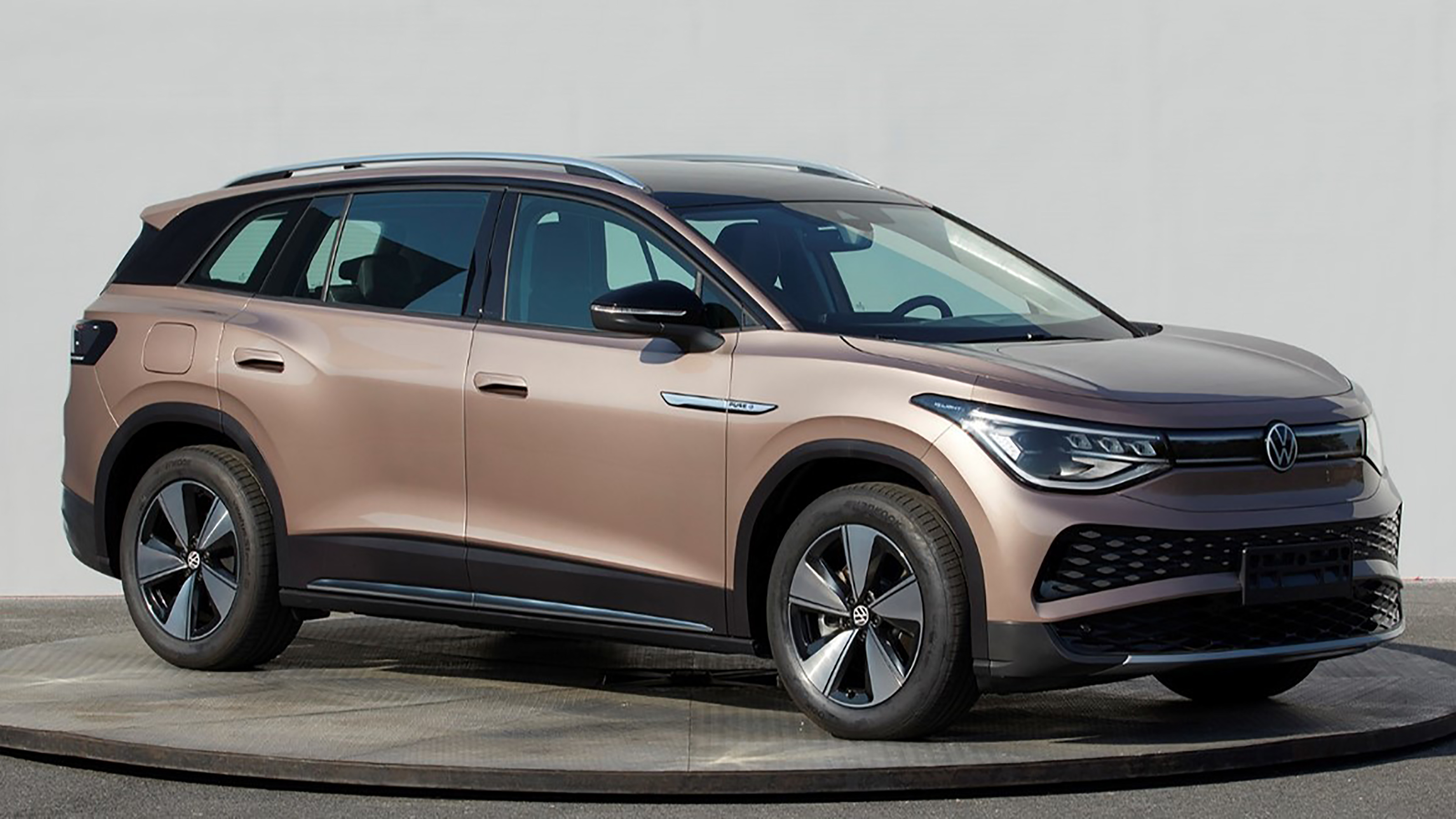 Images of the new Volkswagen ID.6 have leaked online, revealing the new electric SUV’s styling in full ahead of its scheduled launch in China later this year. However, the new model won’t be coming to the Australia.

Volkswagen’s upcoming rival for the Tesla Model X will be the largest SUV based on the brand’s dedicated MEB underpinnings, and the leak reveals it’ll use the MEB system’s largest battery pack – an 82kWh cell, which should offer the same 450-kilometre range as the 2019 ID. Roomzz concept the ID.6 is based on. The leaked images show the production Volkswagen ID.6 will bear a strong resemblance to the ID. Roomzz, albeit with a couple of tweaks. For example, the concept’s wing-mounted cameras have been swapped for standard door mirrors, while its quirky dot-matrix grille has been replaced by a more conventional item.

Volkswagen will also give the ID.6 the same face as the rest of its pure-electric ID. range, fitting similar headlamps, the same narrow grille and a kindred bow-shaped bumper intake. The rear of the vehicle looks almost identical to that of the ID.4 SUV’s – although it has been scaled up to large luxury SUV proportions. Volkswagen has also used a similar lighting design and tailgate layout, and the rear spoiler appears to be a larger copy of its smaller sibling’s. The strong two-box profile of the vehicle allows for a third row of seats and, thanks to the car’s bulkier proportions, the ID.6 should have far more space inside than any of Volkswagen’s current EVs. The leaked specifications say the SUV measures 4876mm long, 1848mm wide and 1680mm tall, making it around the same size as the Range Rover Velar.

We haven’t yet seen the ID.6’s cabin, but we’re expecting strong similarities with the rest of Volkswagen’s electric range. Buyers should get the same compact digital instrument cluster, high-mounted infotainment system and capacitive heater controls.

A customisable ambient interior lighting system should also feature, along with a choice of eco-friendly upholstery finishes. A likely candidate is Volkswagen’s ArtVelours trim, which is a synthetic fabric made from recycled plastic bottles. Like the rest of the Volkswagen ID. line-up, the ID.6 will be based on the brand’s dedicated MEB underpinnings. The most powerful variant will feature an electric motor on each axle, which will provide a combined output of 225kW – enough for a 0–100km/h time of less than seven seconds. However, like the ID.4, Volkswagen is also expected to launch a cheaper variant later in the SUV’s life, with a single 150kW motor mounted on the rear axle and a 77kWh battery pack. Volkswagen hasn’t officially confirmed the ID.6’s range, but the mechanically identical ID. Roomzz had a claimed WLTP range of 450 kilometres. The brand’s 82kWh battery pack will also likely offer support for 150kW fast-charging, which should allow the battery to recover an 80 percent charge in around 30 minutes.

Our spy photographers have spotted a near-production version of the all-electric Volkswagen ID.6 SUV undergoing testing in Scandinavia.
Read more