The new Audi RS3 has been shown off in the greatest detail yet, appearing in new images released in both Sportback and sedan forms. It is expected to be revealed in the coming weeks, but until then these are our best look yet at the new flagship hyper hatchback that has its sights resolutely set on the very impressive Mercedes-AMG A45 S.

The new five-cylinder range-topper might initially appear to feature a similar technical package to its predecessor under the skin, but there’s plenty of reason to believe this next-generation RS3 might just finally break with its historically sterile handling, finally matching its fire-breathing five-cylinder engine with a chassis to match.

These high expectations are derived from new hardware now available to the MQB family, which this new RS3 will likely inherit. The specific component is a new torque-vectoring rear differential which has already helped transform VW’s flagship Golf R into a wild little all-wheel drive hatchback, and it’s something that could yield similar results in the new RS3. This type of hardware is already found in rivals like theMercedes-AMG A45 S, and works with most effect when allied to high-power engines, just like the five-cylinder the new RS3 will feature. The engine itself is the same 2.5-litre unit in use in the previous RS3, but should include a small power bump up and over 300kW to keep it in touch with the 310kW A45 S.

This engine will drive through a seven-speed dual-clutch transmission to all four wheels – there won’t be a six-speed manual option available.

As with all RS models, the new RS3 will also include a range of chassis upgrades over the A3 on which it is based. Those changes are clearly visible in the latest test mules, with pumped wheelarches at the front hiding larger wheels and tyres, and on this specific model a set of carbon ceramic brakes. 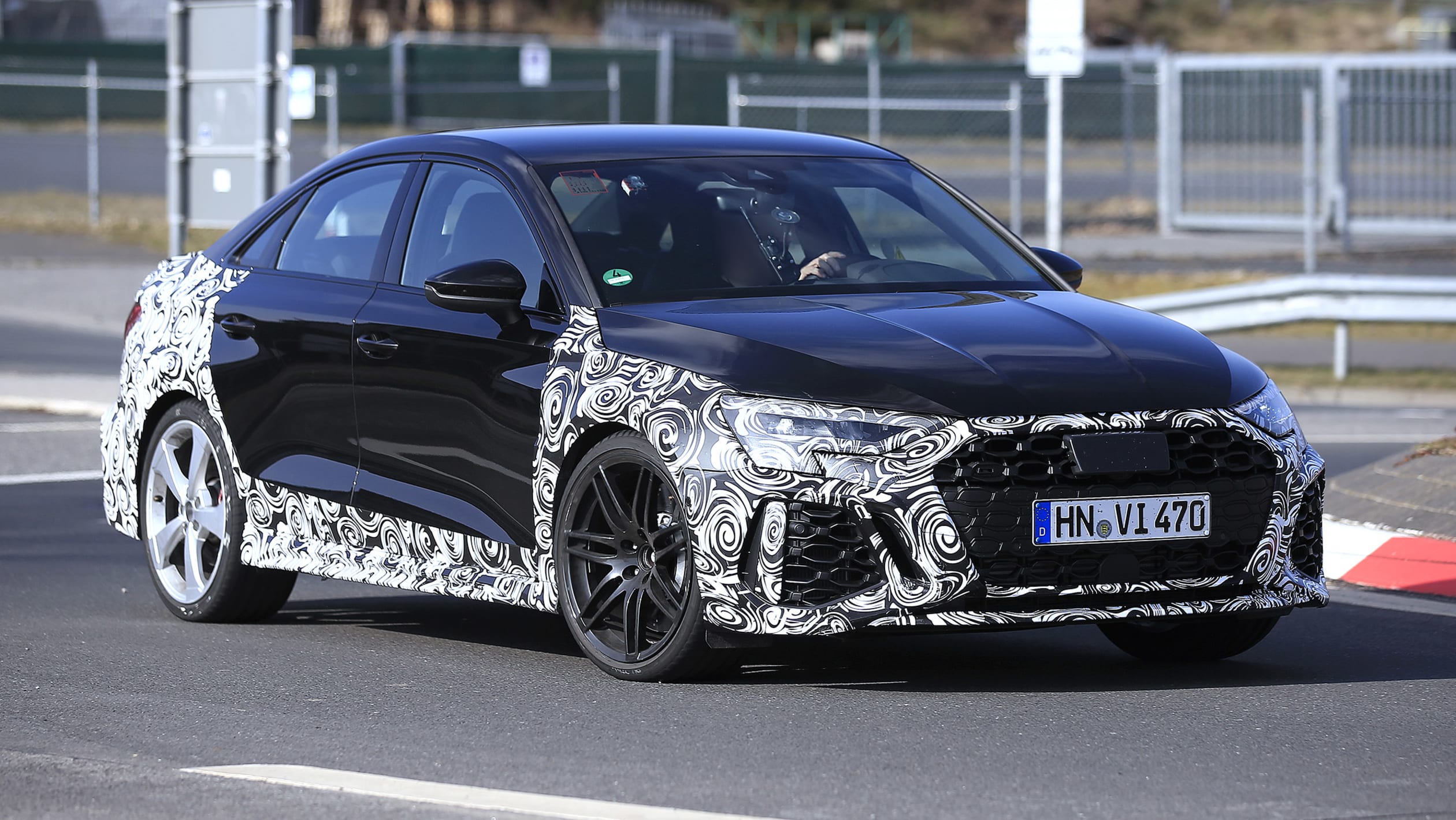 The front-end design will be familiar to most new-age RS models, with big grille openings and a possible application of the same black mask design Audi Sport revealed on its RS3 LMS racer. The rear end is nearly as aggressive, with trademark oval exhaust outlets integrated into the lower bumper. While we will have to wait for the official reveal for specific technical details, the new model is shaping up to finally be a realisation of the RS3’s full potential. The current model’s fast, effective, but rather flat driving demeanor could well be ready to make way for a more involving form of Audi hyper hatchback – a claim we look forward to putting to the test later this year.