BMW’s next M2 has been spied testing once again, this time in warmer conditions and on a set of M3 19- and 20-inch wheels. The next generation 2-series, on which the new M2 is based, will join us later this year, but the main course will be this rebirth of our current BMW M2 CS.

The M2 prototype’s fundamentals are common to other 2-series development cars we’ve seen testing, with a short, squat body and a tall glasshouse. Where this car differs, however, is in its wider arches, quad exhaust outlets and what looks to be a domed bonnet. Even the M-specific twin-prong wing mirrors are visible.

We already know that the new 2-series coupe will sit on a shortened version of the CLAR platform common amongst BMW’s rear-driven range, but less certain is what will sit under the bonnet in this M2 variant. One possibility, and indeed the most likely, would be the application of BMW’s S58 straight-six from the new M3 and M4 in a detuned form. With European emissions regulations as they are, the S55 unit from the current M2 would have to undergo rigorous development in order to pass new regulations coming into effect from 2024. 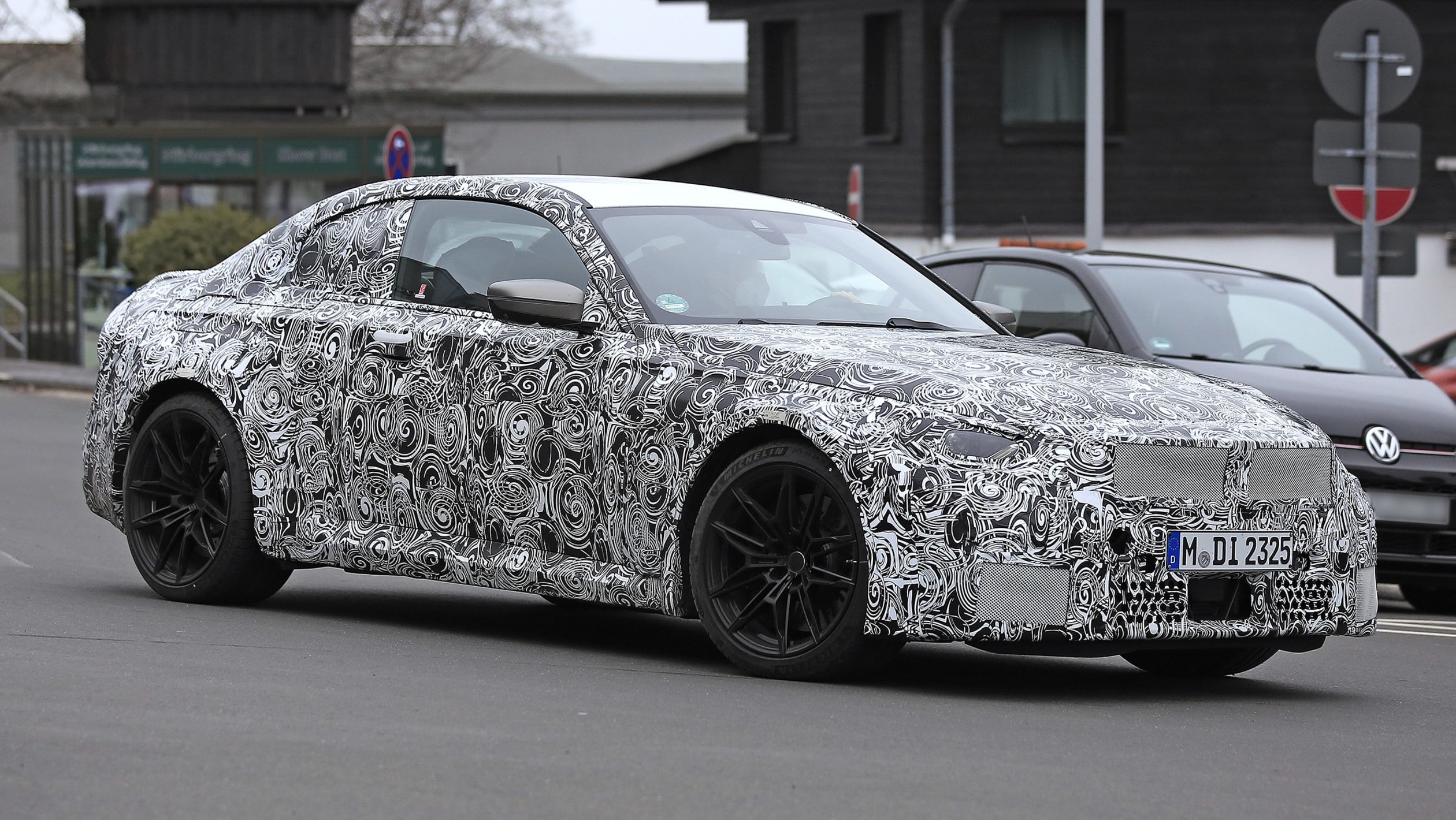 There’s another question over the prospective transmission, as BMW has ditched the seven-speed dual-clutch option in the new M3 and M4, which could suggest an application of a eight-speed torque converter automatic from ZF. The option of a six-speed manual is also likely, but not certain. The inclusion of all-wheel drive is less likely. Those worried that the M3/4 will also donate their controversial grilles can rest easy, as the next 2-series is due to go down its own aesthetic path previewed by other 2-series pre-production models already spotted. This is backed up by key details on the M2 prototype, too, with its radar sensor situated centrally in a large lower opening and wide mesh sections in the cladding suggesting the kidneys will be wider than they are tall. The package will otherwise be similar to the current M2, which is no bad thing. The standard 2-series is due to be revealed mid-2021, but we’ll have to wait a little longer to see the next M2. How much longer remains to be seen.