The facelifted BMW X3 SUV gets a sharper look and 48-volt mild hybrid technology across the petrol range.

BMW has revitalised its best-selling SUV for 2021 with a facelift for the popular X3, alongside similarly updated versions of the X4 coupe-SUV, and the high-performance X3 M and X4 M options.

All models get exterior and interior design updates, plus new tech, while the X3’s petrol engine line-up changes to adopt 48-volt mild-hybrid systems across the board. 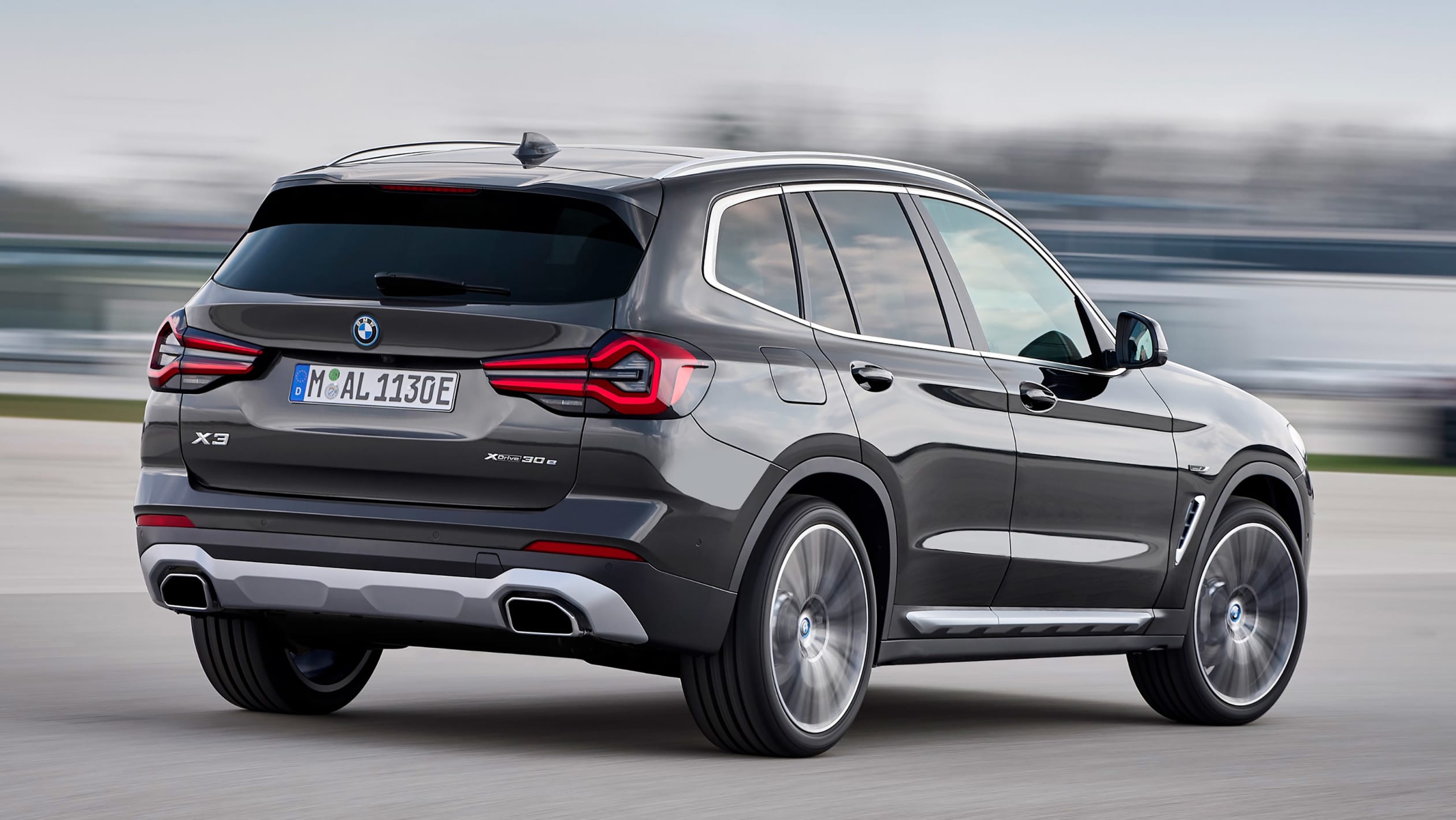 The X3 receives an entirely new front apron with a sportier, more angular look to it. The reshaped kidney grille sits between new, slimmer headlamps with new lighting signatures. A fresh rear bumper is joined by striking new tail-light signatures, while M Sport trim models have a new-look bodykit, even sportier than before and with a more striking interpretation of the new, more angular look introduced on the X3.

New paint and wheel choices are offered across the line-up, including the availability of the 19-inch aero alloys reserved for the all-electric iX3. Inside, the fresh centre console has the more angular-looking ventilation set-up from the latest 4 Series. Alongside fully digital instrumentation, the central touchscreen sizes up at 12.3-inches on all versions of the X3 sold in the UK. BMW has also updated the X3 with its latest switchgear layout that places key functions, such as the start-stop button, next to the gear selector on the centre console.

The interior design changes are joined by updated upholstery and trim options. M Sport cars, which is the norm for Australian-spec vehicles, get Vernasca leather by default. These models also feature sports steering and M Sport suspension, with optional adaptive dampers.

Further development of BMW’s 48-volt mild-hybrid systems means that all petrol and diesel versions of the X3 line-up make use of the technology. Energy is recuperated while decelerating, and can be used to support the 12-volt electric system for key vehicle functions. The system can also provide a boost of 8kW when called upon.

The four-cylinder petrol xDrive20i model, which produces 135kW, sends drive to all four wheels through an eight-speed automatic gearbox, and delivers 0-100kph in 8.4 seconds.

The plug-in hybrid xDrive30e model uses a 2.0-litre petrol engine in combination with a battery and electric motor system, for a total power output of 185kW and 420Nm torque. BMW claims 0-100kph in 6.1 seconds, while up to 50km of battery-electric running is possible.

The petrol-powered line-up is crowned by the 3.0-litre twin-turbocharged six-cylinder M40i model. With 265kW and 500Nm on demand, 0-100kph takes 4.9 seconds while top speed is limited to 250kph.

The diesel line-up opens with the xDrive20d model, making use of turbocharged 2.0-litre four-cylinder power. BMW claims 139kW and 0-100kph in 7.9 seconds.

All versions of the X3 come with xDrive all-wheel-drive and an eight-speed automatic gearbox as standard.