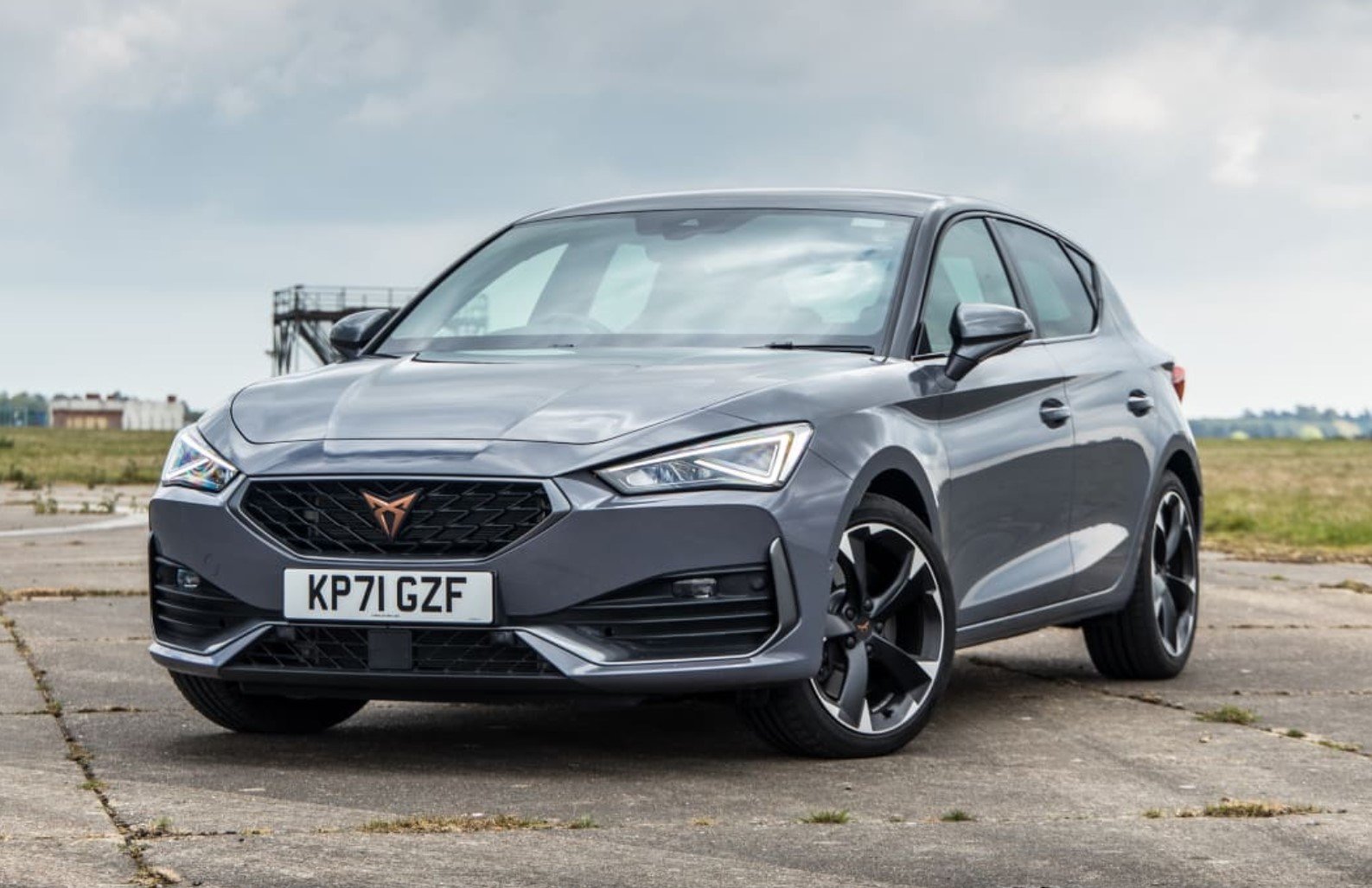 Cupra is entering the Australian market, and the Leon VZ is a direct rival to the Volkswagen Golf GTI.

The V comes with the lowest output at 180kW, while the VZe brings plug-in power and the VZx – the most powerful – is the most expensive. So this 180kW/370Nm, Volkswagen Golf GTI-rivalling Leon V could be the sweet spot of the range, priced from $52,590 before on-road costs (or $56,990 driveaway). It could be described as a Volkswagen Golf GTI with a different face and badges…and a couple of grand cheaper. 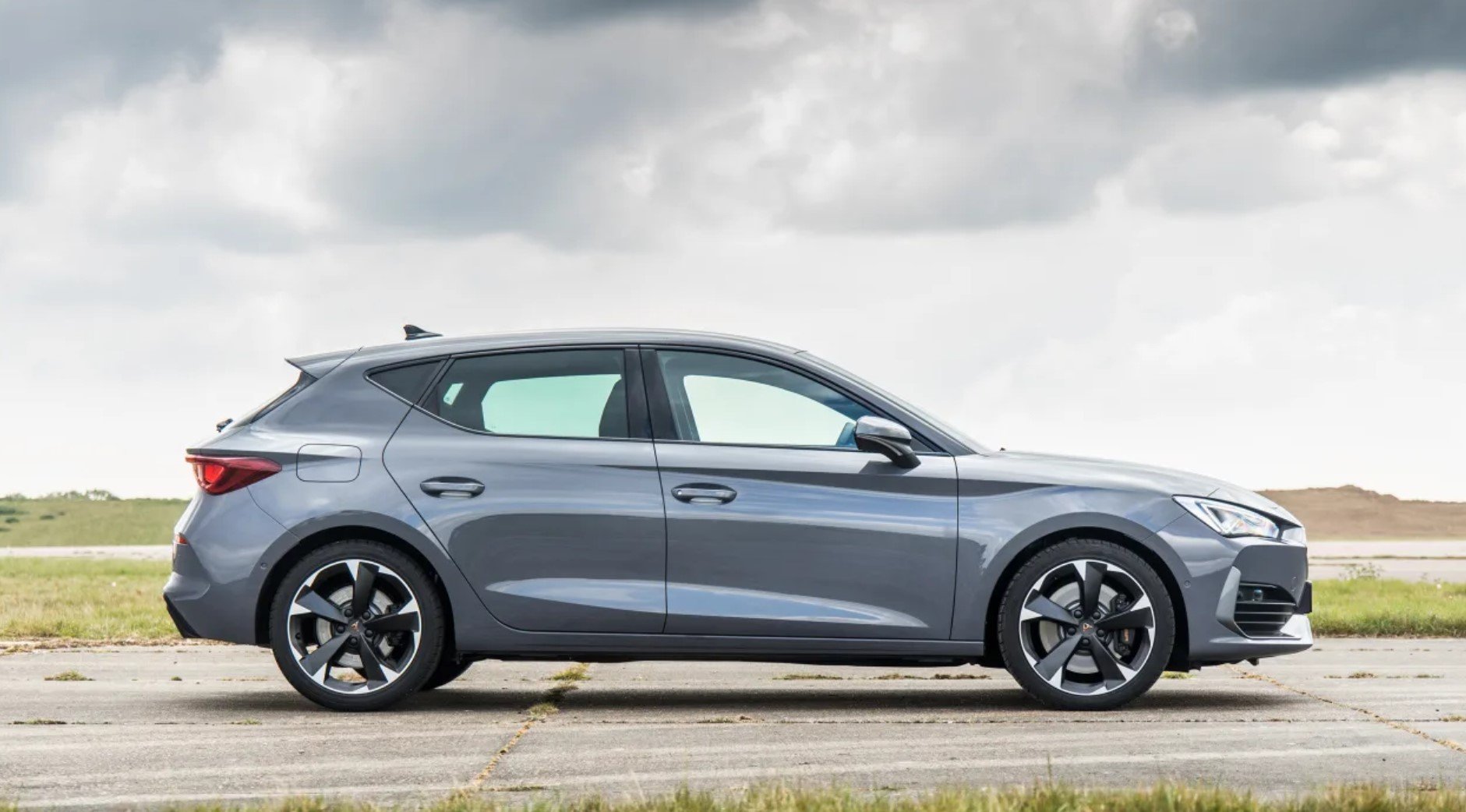 It gets the same widely-used ‘EA888’ inline-four turbo petrol engine in the same state of tune as in the hot VW Golf, powering the front wheels via a standard-fit ‘VAQ’ electronically-controlled locking differential and a seven-speed ‘DSG’ twin-clutch automatic transmission.

There’s no badging to differentiate this from the other Cupra Leons – instead, you have to look for little clues, like the lack of charging flap as seen on the PHEV version, and the use of a twin-exit exhaust in place of the trapezoidal trims found on that car and the quad unit used by the Leon VZx. 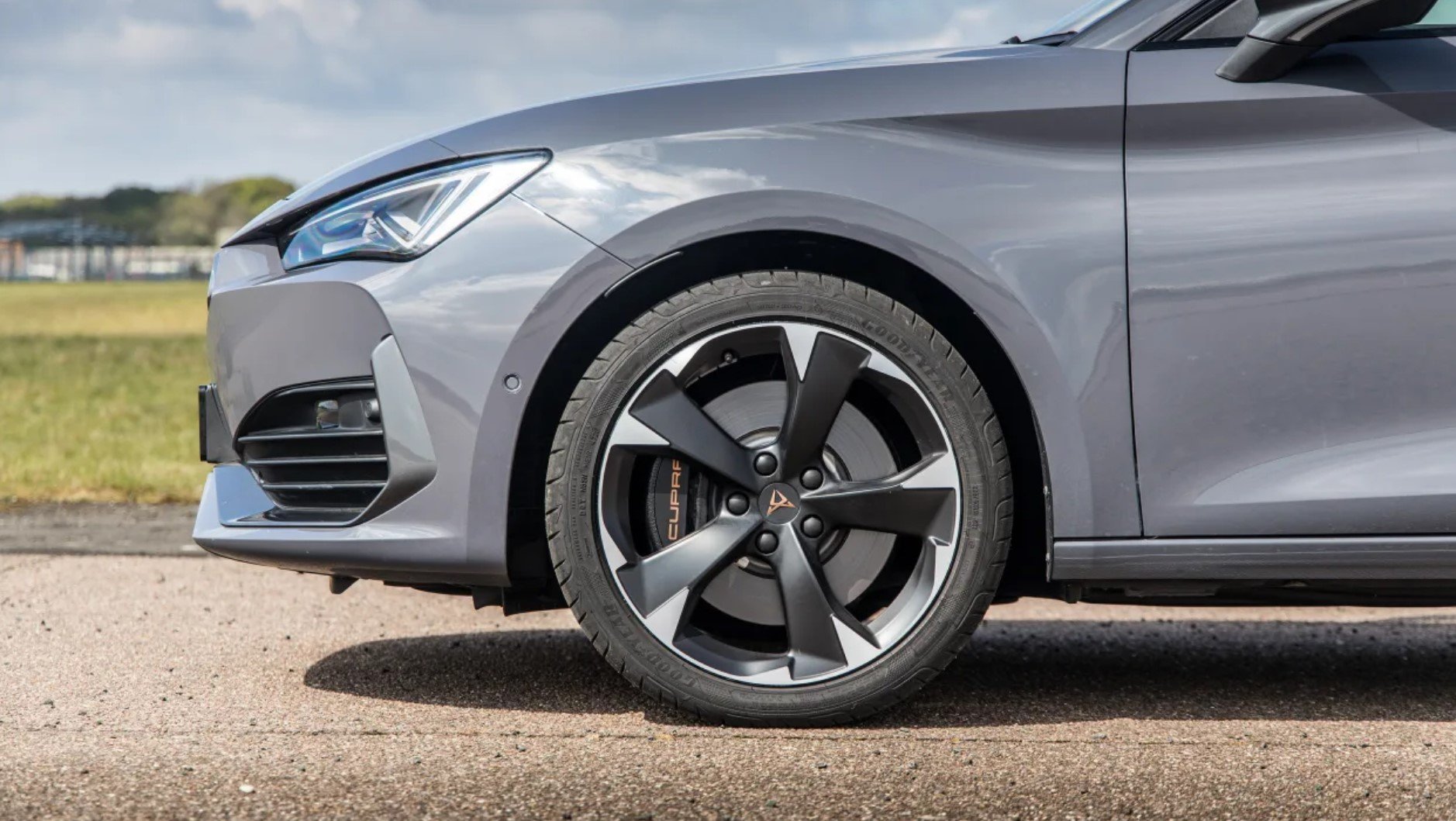 This is a handsome car overall. The cabin has some unusual trim choices, including a woven material on the steering wheel that’s oddly reminiscent of rattan furniture, but it’s a more interesting, more stylish interior than the Golf GTI’s.

In the middle of the dash is – sadly – the same fiddly infotainment system used in the GTI and other VW Group MQB-Evo cars, which must be used for the climate control settings. This is easier said than done on the move, and although you do at least get shortcut keys for the temperature on the screen bezel, they are – bafflingly – not backlit so cannot be seen after dark. 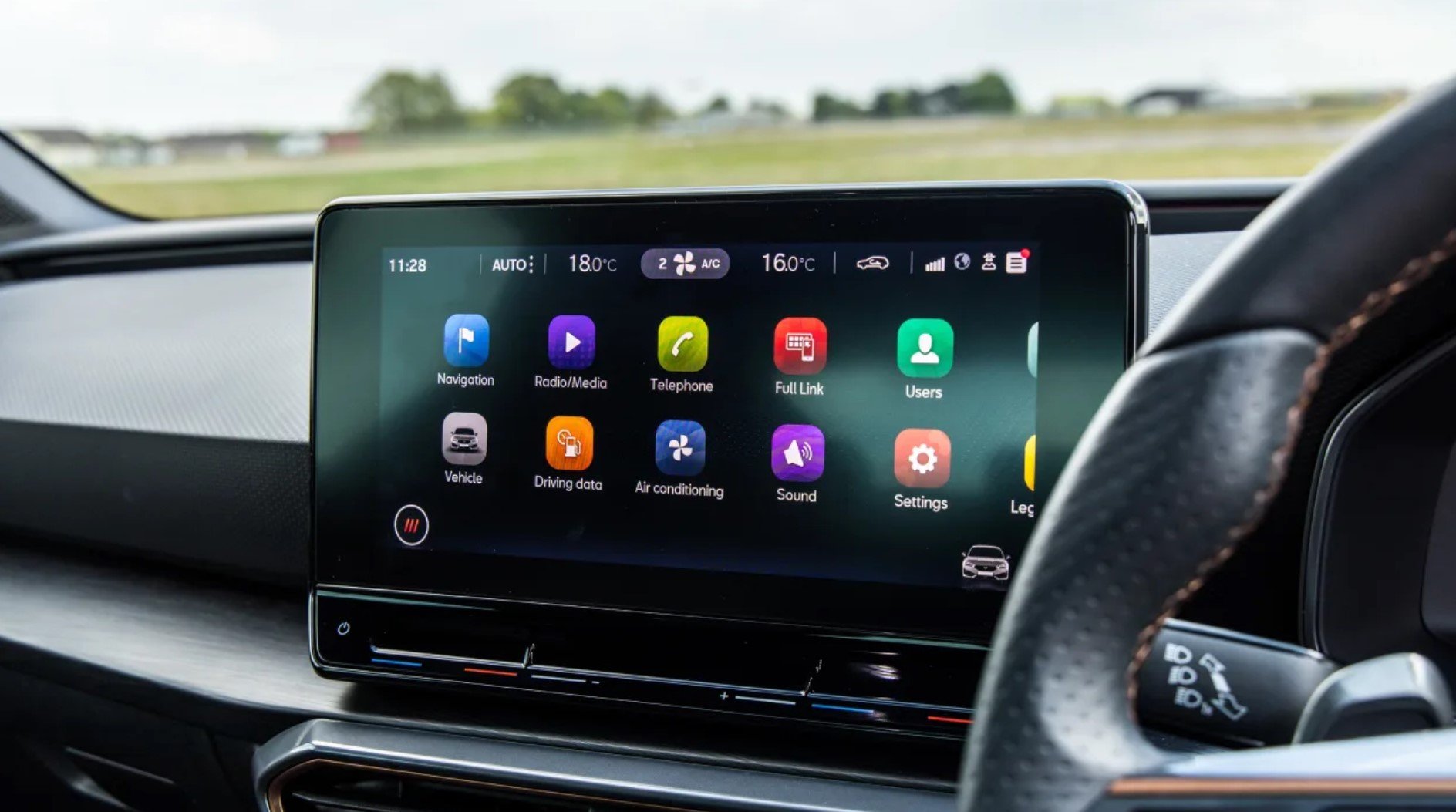 There’s better news when it comes to the steering wheel controls, which are proper buttons rather than the poorly thought-out haptic pads seen on higher-end versions of the Golf.

In any case, the Cupra Leon soon makes you forget about cabin tech when you’re on the move. Exciting though the 221kW VZx version of this car might be, this VZ feels more than quick enough, and if anything, a touch quicker than the key figures might suggest. This is partly down to the available torque – while the power has taken a reasonable hit, the peak twist of 370Nm offered as low as 1600rpm is only 30Nm down on what the mightiest Cupra Leon offers. 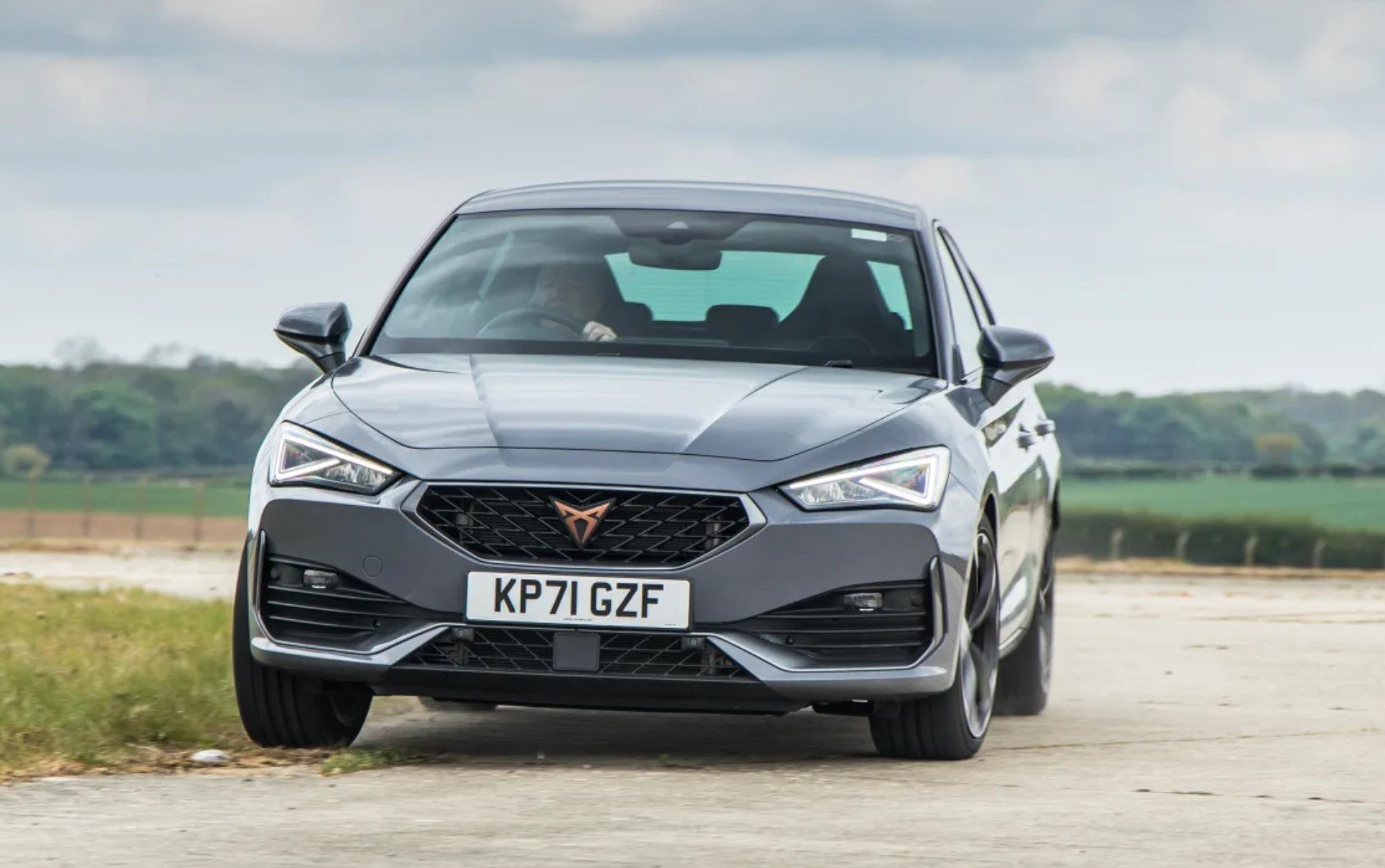 As we’ve seen time and time again, this inline-four is smooth, flexible, and nicely punchy in the mid-range. It makes a decent enough noise for a modern four-cylinder, although it’s noticeably less raucous than earlier deployments of this engine thanks to the adoption of a petrol particulate filter.

It doesn’t sound as aggressive under full load, and the angry pops and bangs once heard from the exhaust are replaced with occasional and very muted crackles in Sport and Cupra driving modes. The transmission meanwhile is effective enough, if lacking the outright aggression and speed of some other dual-clutch units. Some nicer shift paddles wouldn’t go amiss, too. 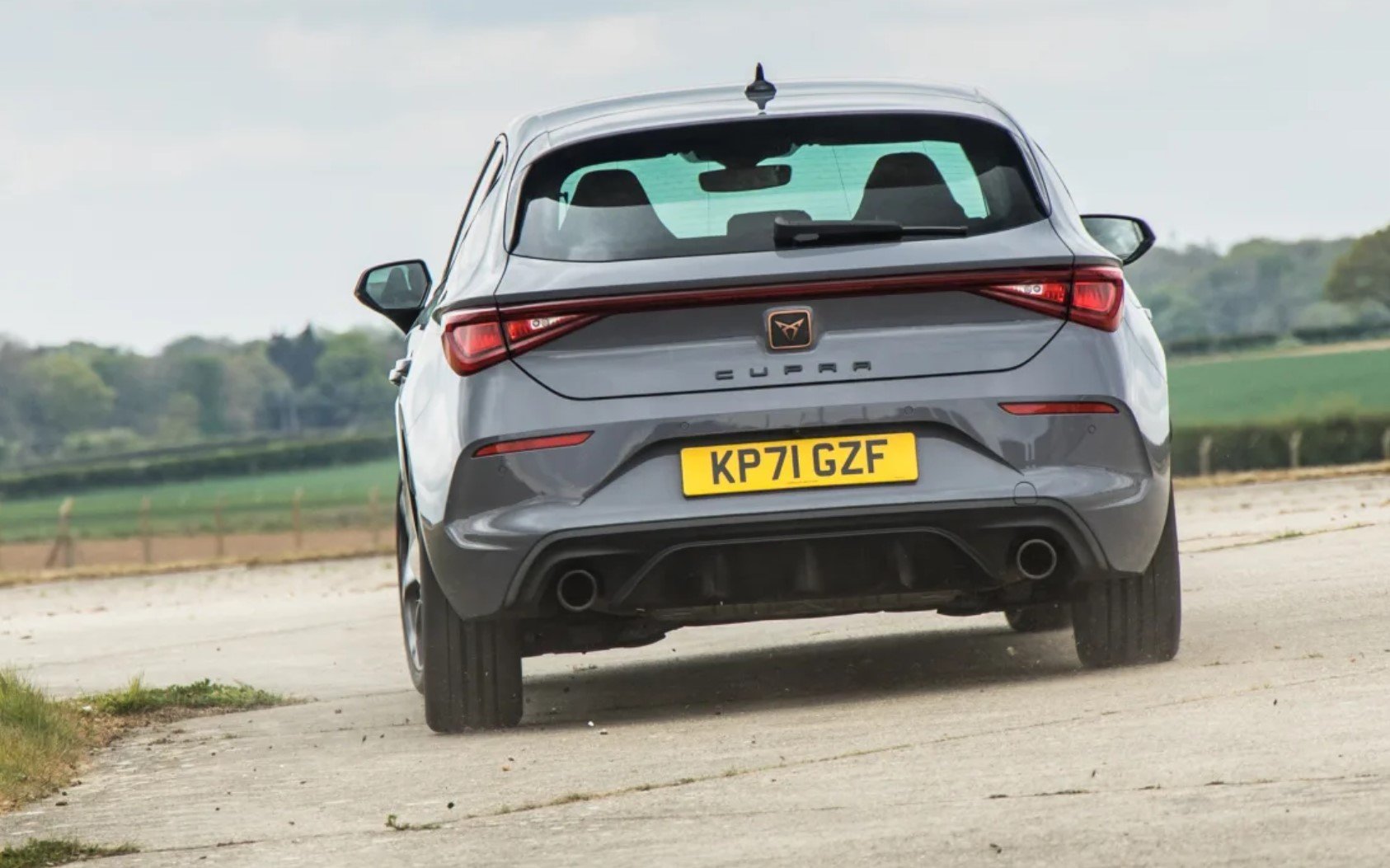 The sport damping does stray into over-firm territory from time to time, but for the most part, it’s well balanced. The suspension succumbs to only small amounts of body roll during hard cornering but has enough give to soak up imperfections in the tarmac.

The steering will feel familiar to anyone who’s driven a fast VW Group product over the last few years. It doesn’t offer a great deal of feedback, and it’s a touch light in all modes, but it’s pleasingly fast, particularly as more lock is wound on thanks to the variable-ratio rack. 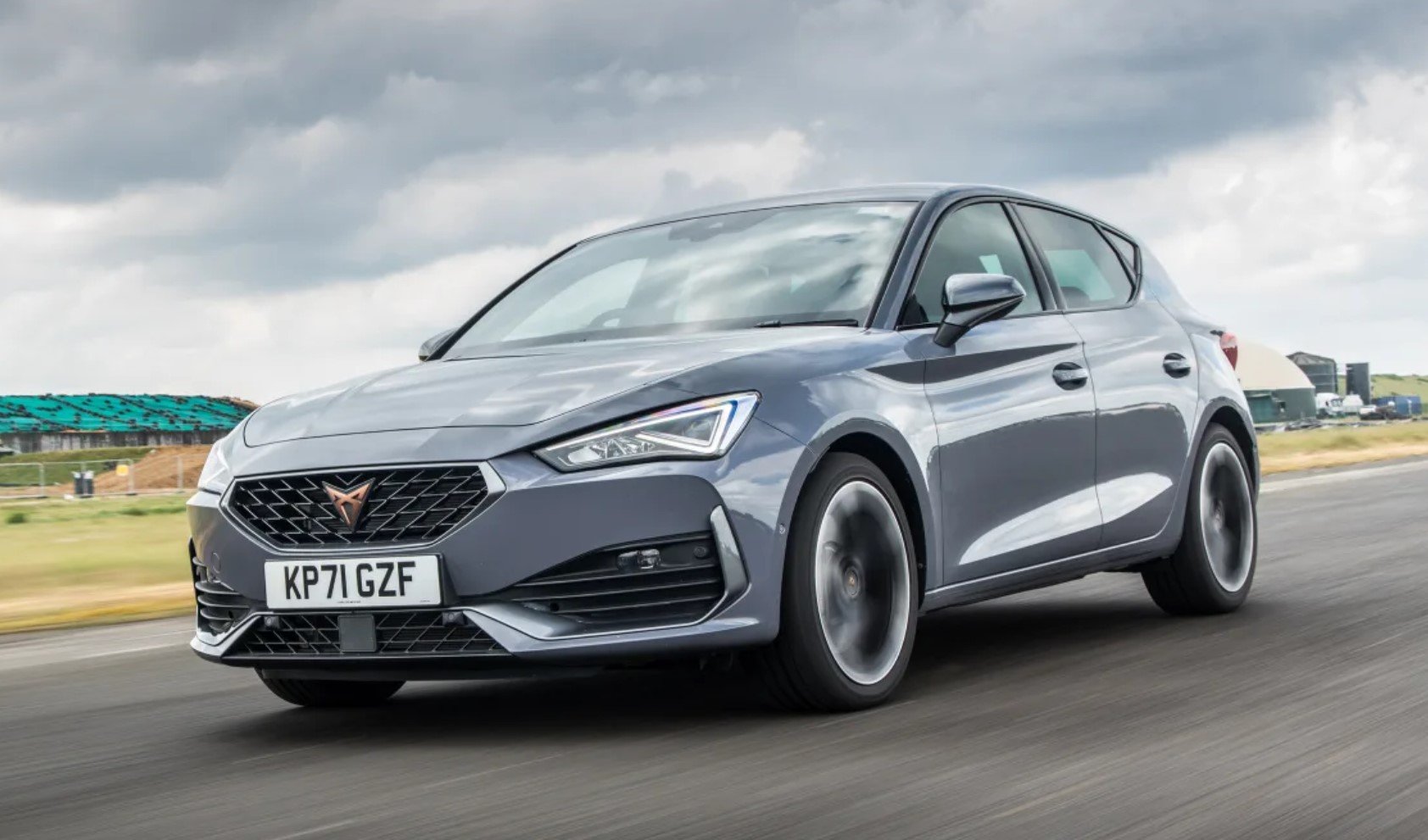 Fitted as standard is the VAQ electronically-controlled differential, which does a commendable job of managing front-end traction. You will find understeer sooner than you might in a car with a traditional mechanical limited-slip differential, however, such as the Honda Civic Type R.

Although it’s hard to put your finger on why, the Leon is ever-so-slightly more exciting to drive on a winding country road than the VW Golf GTI, and not a great deal less thrilling than Cupra Leon VZx. It’s also a better long-distance tool than you might expect thanks in large part to its comfortable seating, and also because of its surprisingly good cruising economy, which can exceed 7L/100km if you’re careful. A 380-litre boot, meanwhile, is bang on the money for the segment. 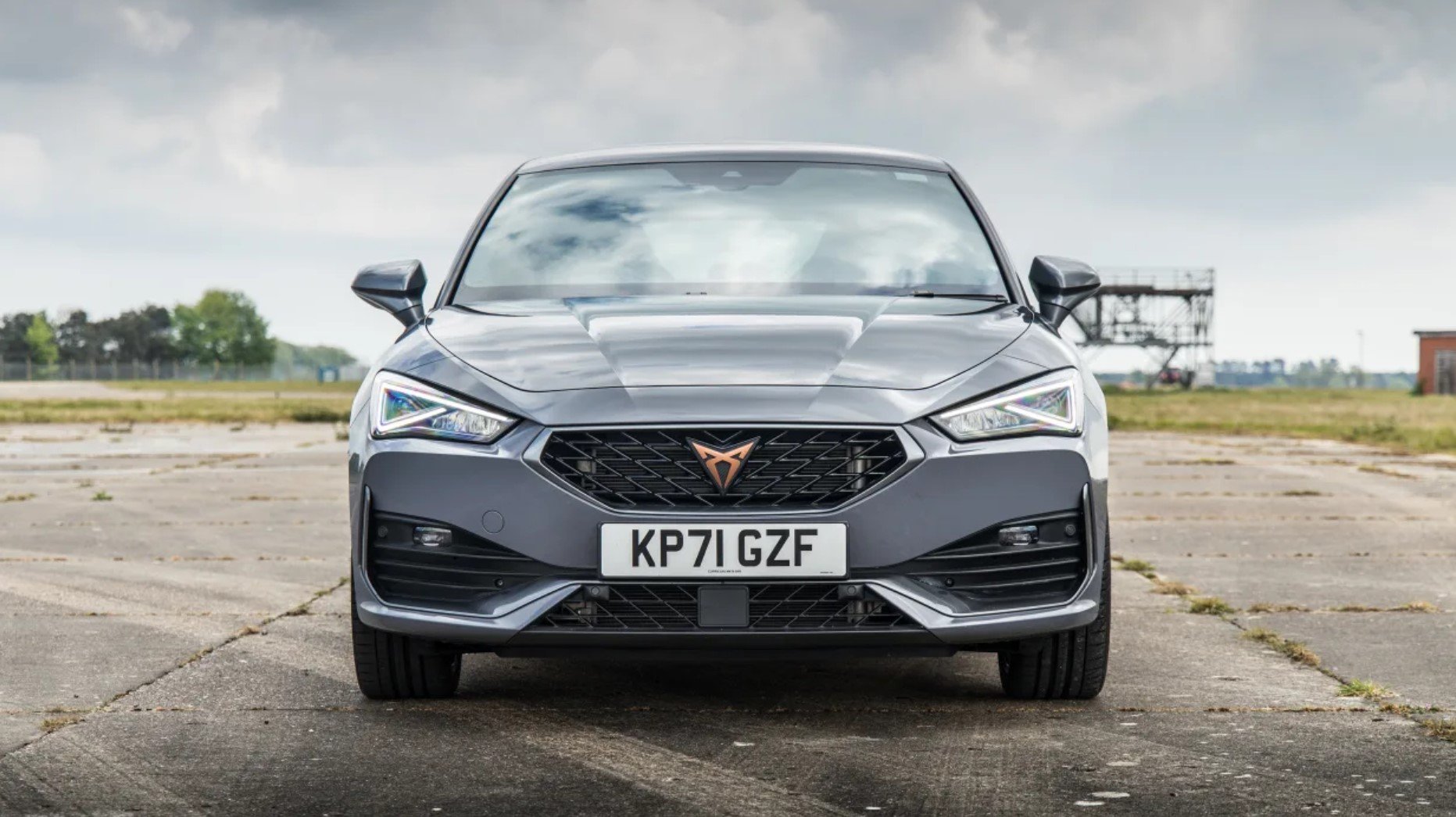 This lower-powered 2.0-litre version of the Cupra Leon doesn’t have as much on-paper power as the VZx, but it is perhaps the most appealing. It’s a fast, versatile, surprisingly economical hot hatch that’s decent value.