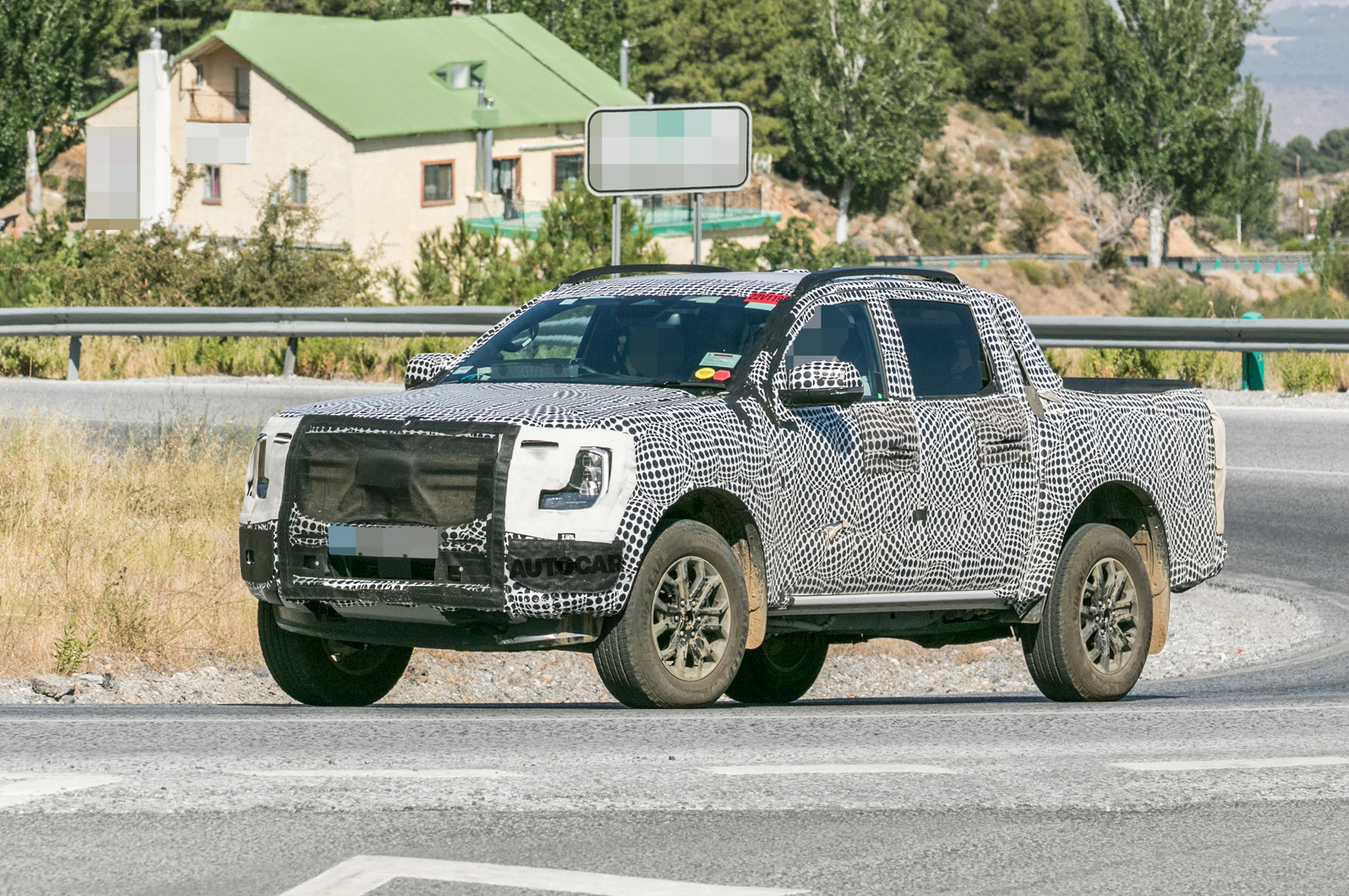 As part of its commitment to offer a zero-emission-capable version of its entire commercial vehicle line-up in Europe by 2024, Ford will introduce a new plug-in hybrid powertrain option for the next-generation Ranger pick up.

Due in 2023, the new Ranger looks to adopt styling cues inspired by its larger US-market sibling, the F-150, which itself is now available in all-electric ‘Lightning’ form. That’s most evident at the front, where gaps in this prototype’s camouflage expose distinctive new headlight designs, but the overall proportions and silhouette look closely matched to the current Ranger.

Little is known about the Ranger’s PHEV powertrain, but as Automotive Daily understands from sources at Ford Australia, it will be a variation of the 2.3-litre petrol turbo engine, joined by the current 2.0L turbo diesel and an all-new V6 diesel turbo in varying outputs for the Australian market. Ford is expanding its operations in South Africa to ready its Silverton factory for production of the new Ranger and its mechanically identical Volkswagen Amarok sibling, making its largest ever investment in the country to the tune of AUD$1.45 billion.

The sum will be invested in improving Silverton’s environmental credentials and increasing its annual capacity from 168,000 to 200,000 vehicles. To achieve this enhanced capacity, Ford will hire 1200 new workers at Silverton, bringing its South African workforce to 5500 as well as creating around 10,000 new jobs in the plant’s supply chains.

The American firm will also spend AUD$947 million upgrading the plant’s infrastructure. The upgrades include a new on-site robot-equipped body shop and stamping plant, box line and paint shop improvements and the addition of new vehicle modification and training centres. The president of Ford’s International Markets Group, Dianne Craig, said: “The Ranger is one of our highest-volume, most successful global vehicles. This investment will equip our team with the tools and facilities to deliver the best Ford Ranger ever, in higher numbers and with superior quality.”

While the 2022 Ranger will be Silverton’s main focus, produced for the domestic market and exported to Australia, the plant will also produce the next-generation Volkswagen Amarok. Both pick-ups are being developed together in a partnership between the two companies that’s said to greatly improve economies of scale. Ford and Volkswagen confirmed a wide-ranging global alliance last year, whereby the two will join forces to develop commercial vehicles and pick-ups, including a Ford EV built on the Volkswagen Group’s MEB platform.

Andrea Cavallaro, Ford’s director of operations, said: “Our aim is to achieve ‘island mode’, taking the Silverton Assembly Plant completely off the grid, becoming entirely energy self-sufficient and carbon-neutral by 2024.”