The first prototype of the next-generation Honda Civic Type R has been caught testing on German roads ahead of the hot hatch’s expected 2022 debut.

The early sighting, on roads near the Nürburgring, comes before we’ve even seen any spyshots of the standard Mk11 Civic, which is likely to be unveiled in late 2021 and go on sale in 2022. The Type R could be revealed at the same time, however.

The Renault Megane RS rival is heavily camouflaged in these shots but, unlike the current model, it doesn’t appear radically different from its predecessor externally. The overall body shape, with its low, wide stance, saloon-style bootlid and big rear wing is familiar. 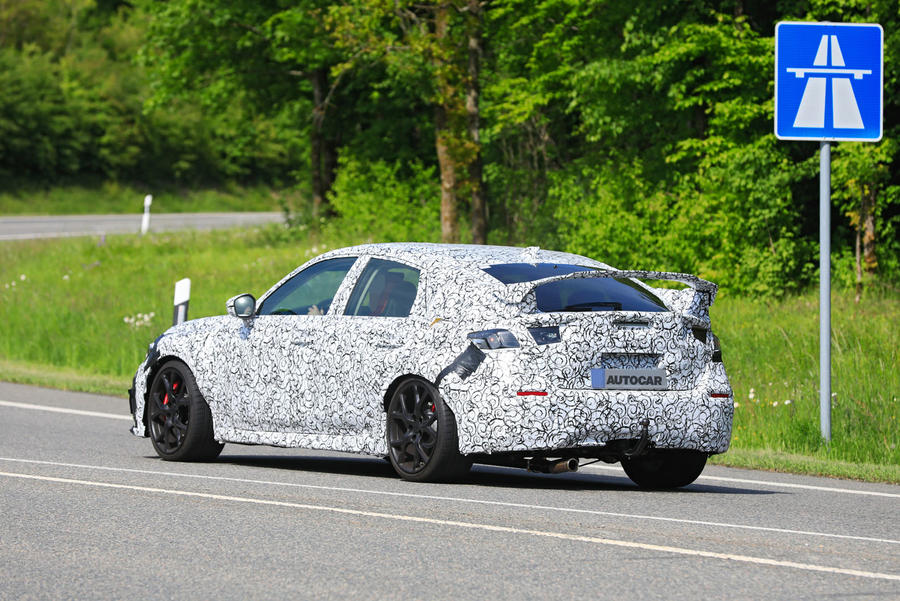 A close look reveals the spoiler features a new raised mounting, while the smaller lip spoiler on the bootlid no longer appears to dissect the rear window.  The lights front and rear are different, too, while this prototype doesn’t feature a centrally mounted exhaust. Further visible changes include a lower shoulder line, a lower bonnet line and lower headlights. Automotive Daily’s exclusive partner Autocar understands that the next Civic Type R will receive a hybrid powertrain as part of Honda’s electrification plans, which were accelerated last year with the aim of making all the brand’s European sales electrified by 2025.

It’s also suggested that it will use a powertrain linked in concept to that of the NSW supercar, which mates a twin-turbo 3.5-litre V6 with three electric motors. It’s unclear whether that means four-wheel drive, but it’s likely if Honda goes full-hybrid in this way.

It’s unclear where the Japanese company intends to produce the next-generation family car.