The flagship Grand Cherokee SUV will arrive in Australia with plug-in hybrid power this year for the first time ever. Here is what you can expect, including off-road ability, new technology and electric driving range.

In a bid to boost its environmental credentials Jeep will offer its new Grand Cherokee SUV with its 4xe (pronounced ‘four by e’) plug-in hybrid powertrain in Australia later this year, signifying the brand’s next steps when it comes to electrification. 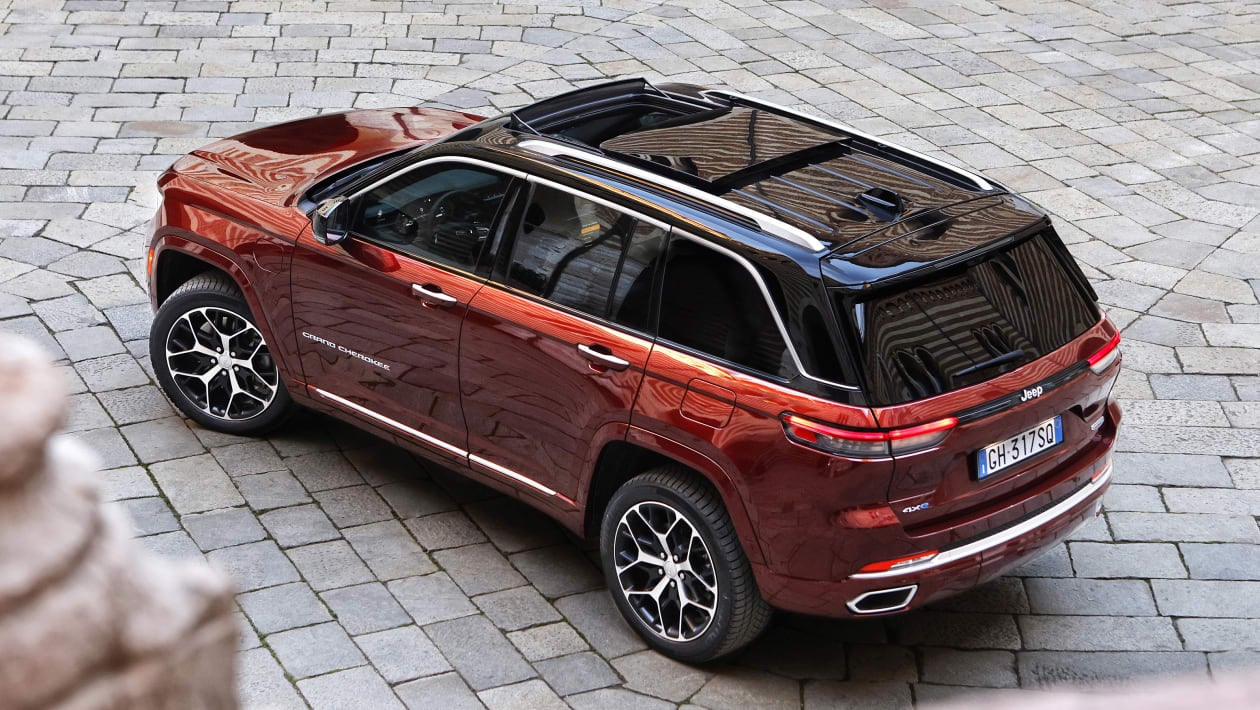 The brand’s fifth-generation Grand Cherokee 4xe is based on an all-new architecture and features a 2.0-litre turbocharged four-cylinder petrol engine driving an eight-speed automatic transmission, while a 17.3kWh battery feeds a pair of electric motors (one a motor/generator, the other a drive motor in the transmission), helping the hybrid Grand Cherokee retain the model’s off-road capability.

The petrol and electric motors produce a combined total of 280kW and 637Nm of torque, while Jeep claims a zero-emissions range of 50km “in urban areas”. The 4xe actually completed the famous off-road Rubicon trail on electric power only; the brand hasn’t yet revealed any performance or fuel-efficiency info, however. As confirmed for the US-market car, the 4xe powertrain features three different E Selec drive modes: Hybrid, Electric and eSave. In Hybrid mode both power sources drive the wheels, with the car optimising battery and petrol power to best balance fuel economy and performance. Electric prioritises EV-only running, with the petrol engine only cutting in when battery charge is depleted or the driver asks for full-throttle acceleration.

Finally, eSave will retain battery charge for use at a later point, for example in a built-up area with air-quality restrictions. Users can also choose a Battery Charge setting within eSave mode that sees the petrol engine actively charge the battery on the move. Regenerative braking also features, incorporating a Max Regen setting to further boost efficiency and all-electric running. Due to the 4xe model’s battery pack, the Grand Cherokee features extra underbody protection in this area in the form of 3.5mm steel skid plates. These will help avoid rupturing the cells in the event of a knock during off-road driving. Standard-fit Quadra-lift air suspension allows up to 277mm of ground clearance, while the Grand Cherokee 4xe can wade through water up to 610mm deep in the suspension’s highest Off Road 2 setting – 100mm more than its predecessor. There’s also an easy entry/exit function that will reduce the car’s ride height to make it easier to climb in and out of, as well as load up. The Grand Cherokee offers 567 litres of load space, 72 litres more than the previous model, while a new interior architecture gives a more upmarket appearance, Jeep claims. The horizontal elements on the dash include contrasting wood and leather trim, while metal finishers and LED ambient lighting – plus double diamond-stitched quilted leather on top-spec models – complete the redesign.

The new dash layout houses Jeep’s new UConnect 5 infotainment system as the Grand Cherokee comes loaded with more technology than ever. This includes no less than four 10-inch displays, according to Jeep. 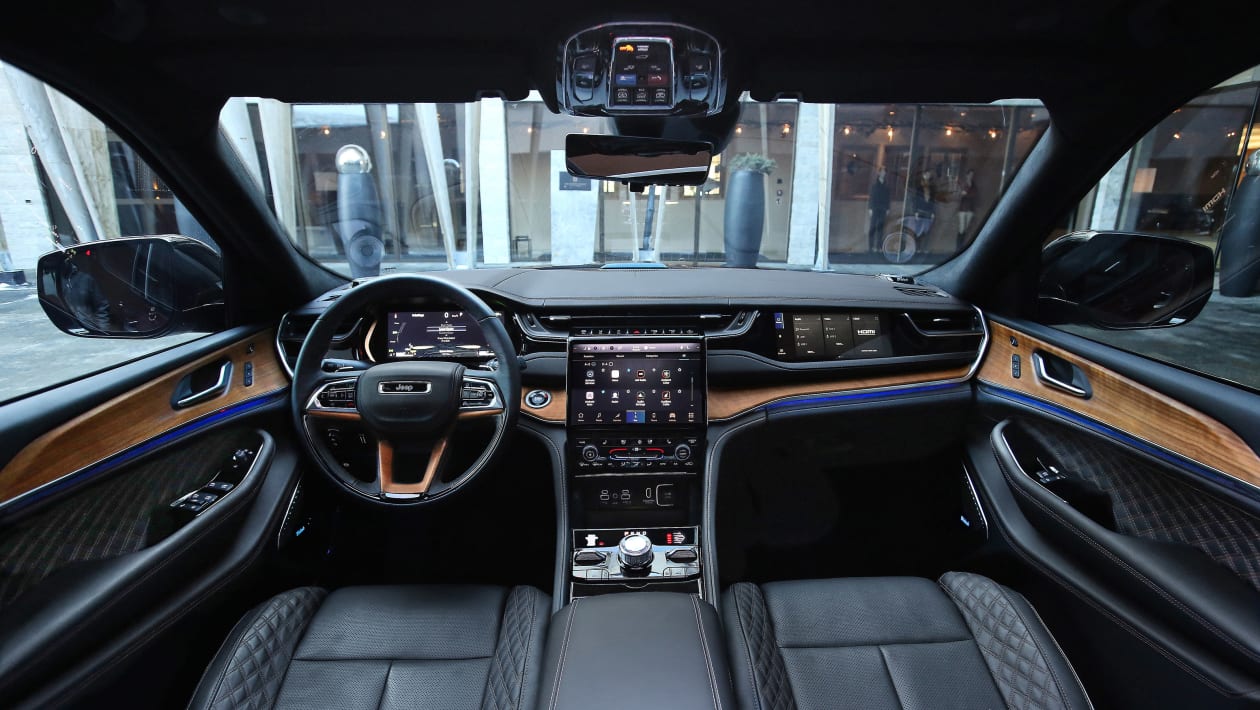 A digital instrument panel is joined by a central screen running the new infotainment set-up, including wireless Android Auto and Apple CarPlay connectivity, over-the-air map updates, a 4G hotspot for up to eight devices and Amazon Alexa integration. There’s also an interactive passenger display and a digital rear-view mirror available.

There’s more storage space, including a bin for two smartphones and a wireless charging pad, while the brand is claiming a boost in quality and comfort too, thanks to a new seat design. Heating, cooling and massage functions will be available. This new design does have functional benefits too, with the car’s lower, more tapered roof helping improve its aerodynamic performance and therefore efficiency, while there’s also a lowered belt line that gives more glass area and lets more light into the cabin. Jeep Australia is expecting to launch the new Jeep Grand Cherokee later this year, following the arrival of the Grand Cherokee L in the middle of the year.