The new Mercedes-AMG EQS 53 is AMG’s first attempt at an all-electric car, and it packs a serious punch with 484kW.

After unveiling its first all-electric AMG model at the 2021 Munich Motor Show we’re now able to sample Mercedes’ performance future with its EQS 53 4MATIC+, a tuned and honed version from Affalterbach, AMG’s base, that offers more power, optimised aerodynamics and revised styling that’s more in keeping with the EQS AMG’s intent.

It is set to arrive in Australia Q2 2022 with a price tag expected around $350,000 before on-road costs. As the first electric AMG, it has big shoes to fill, trying to swoon over traditional hot-rod fans, although EV enthusiasts will love the blended performance this electric car offers. Let’s start with power. The car’s twin-motor set-up is supplied by a 108kWh battery as offered in the regular EQS, but the motors feature new windings and control software, so here the output is up to 484kW and 950Nm of torque – or an incredible 560kW and 1020Nm of torque if you opt for the AMG Dynamic Plus package. The 0-100km/h sprint is dispatched in 3.8 seconds (or 3.4 for the Dynamic Plus model) if you, but its straight-line performance isn’t even the EQS 53’s strongest point. Up to about 200km/h, in most conditions performance is actually relatively similar to the regular EQS, in that both cars deliver their thump (the AMG a good chunk more) in a linear fashion, which means there are fewer differentiating characteristics that come from the powertrains. Instead, it’s the 53’s tuned chassis that is more noticeable. Air suspension and rear-wheel steering both feature as standard, and as good as the regular EQS is, it weighs more than 2.5 tonnes, so the tweaks for this AMG model help keep that significant kerbweight in check.

AMG’s alterations to the set-up mean the EQS 53 feels lighter and more agile, as if the car has lost a few hundred kilos. It corners with more assurance, as you’d expect, and holds its line better; in fact, it feels more like a regular E-Class in how it handles than an all-electric limousine. 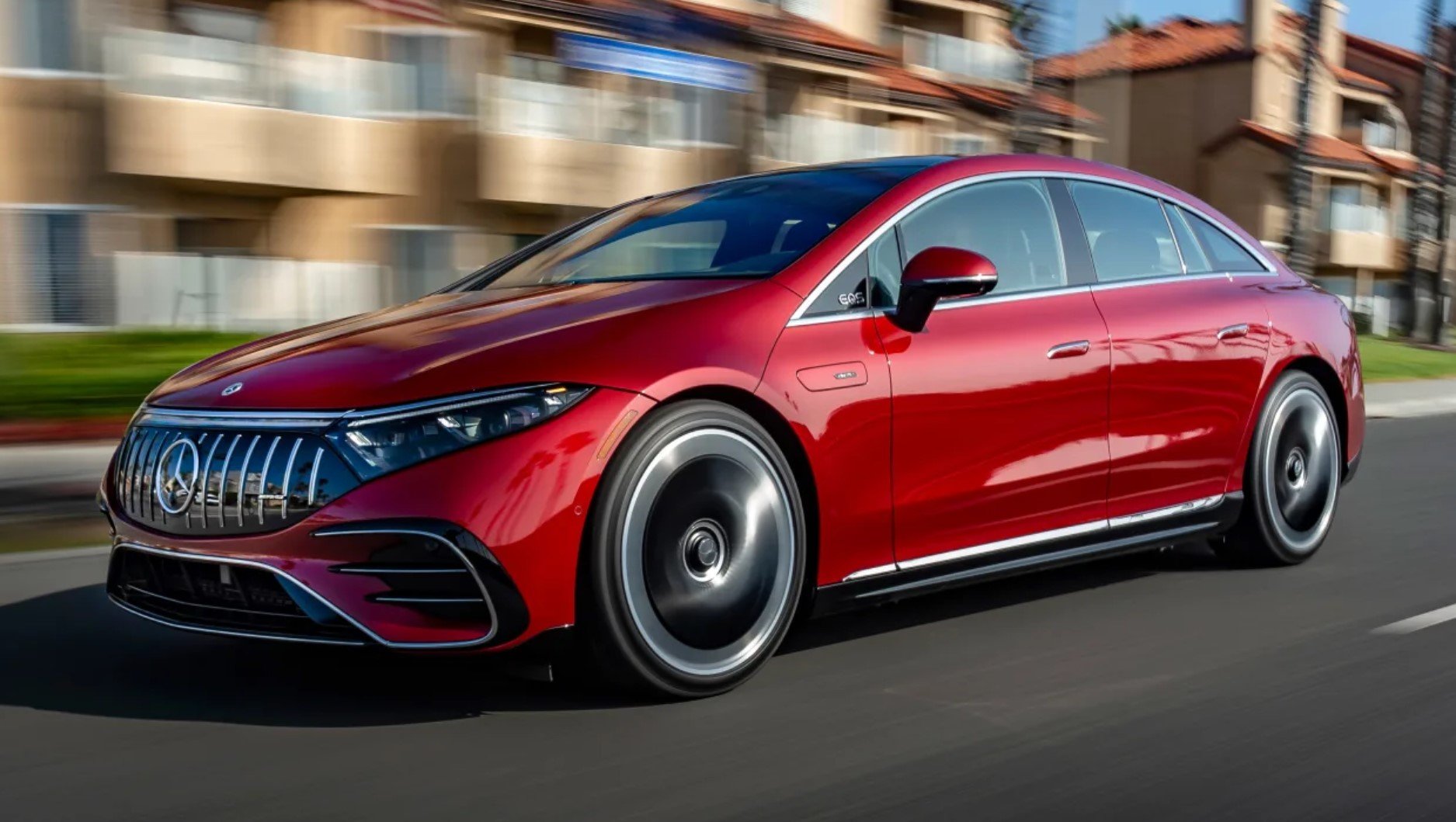 Albeit an E-Class with plenty of space, because the 5.2-metre long EQS 53 boasts a 610-litre boot and a big interior with lots of legroom in the back and plenty of bespoke AMG touches, include sports seats and a sports steering wheel, as well as a rotary controller for the driving modes.

You can choose from five settings that tweak the throttle and steering response, amongst other features – even the accompanying soundtrack changes – while the infotainment gives a read-out on performance data. Of course, the huge Hyperscreen panel is still present and works as well as we’ve come to expect from Mercedes. In the default setting the EQS 53 wafts along in near-silence, offering impressive refinement. It’s comfortable too. Step things up and the soundtrack takes on a new personality, with a futuristic sound designed to reflect the performance on offer.

It’s not comparable with a six, eight or twelve-cylinder AMG combustion engine when it comes to authenticity, but then this is a quality that the EQS 53 doesn’t struggle with overall anyway. If AMG continues like this, performance fans need not be worried about its future when it comes to electric mobility. A few points remain unchanged anyway, as the EQS 53 commands a typically high AMG-style price, expected at around $350,000 here although yet to be confirmed. But at least a claimed range of up to 607km on a full charge, and 200kW rapid charging capability to match its regular EQS cousin give good flexibility. You’ll be able to top up the battery from 10 to 80 per cent in 31 minutes, while a 7kW home wallbox will take 15 hours and 30 minutes to fully replenish the battery. 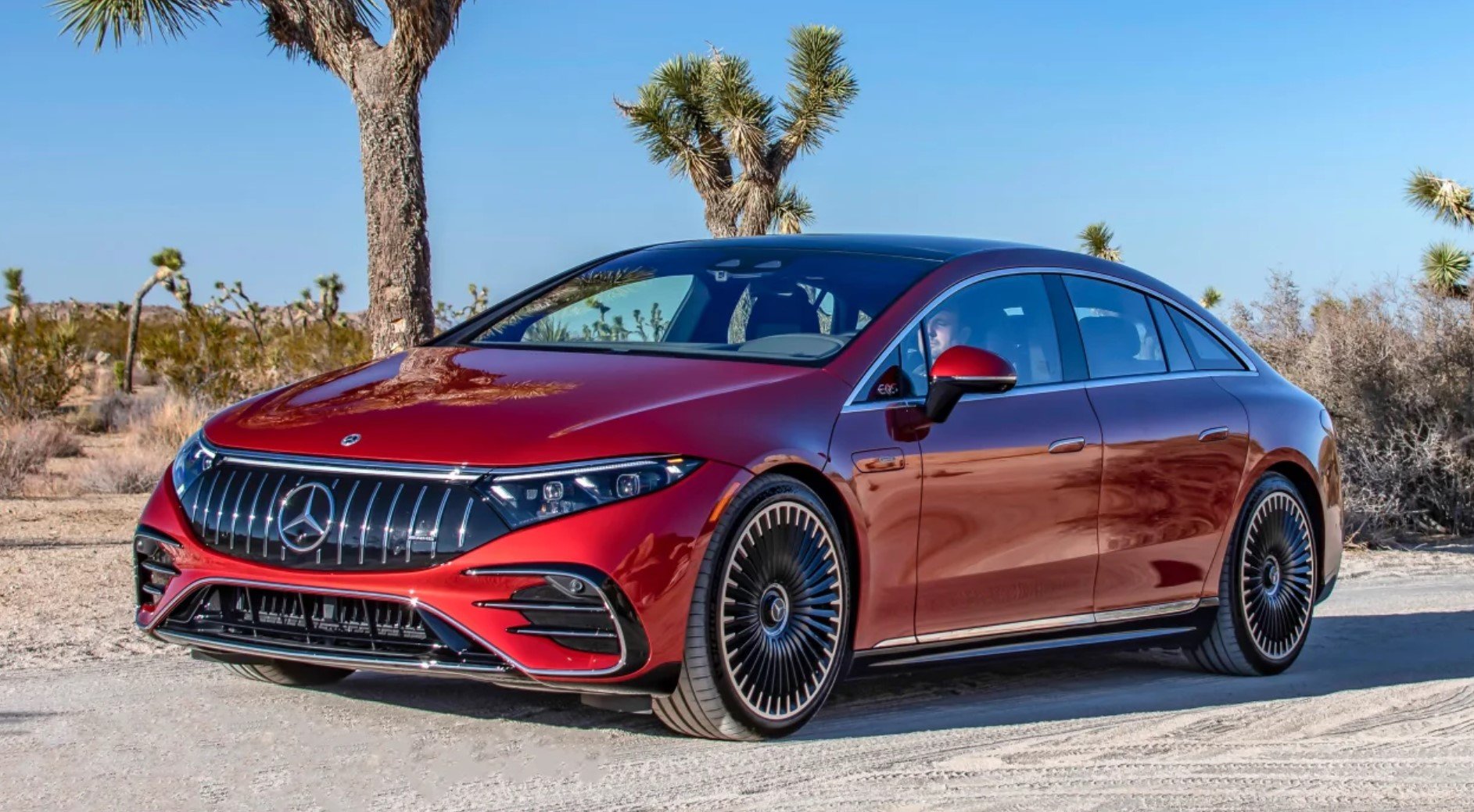 The EQS 53 is a strong first effort from AMG when it comes to series production all-electric machines. Performance takes another step compared with the standard EQS, but it’s actually the car’s ride and handling that are more impressive than the straight-line shove, given its hefty kerbweight. This bodes well for AMG’s electric future, and even more powerful and more focused models beyond the EQS 53.