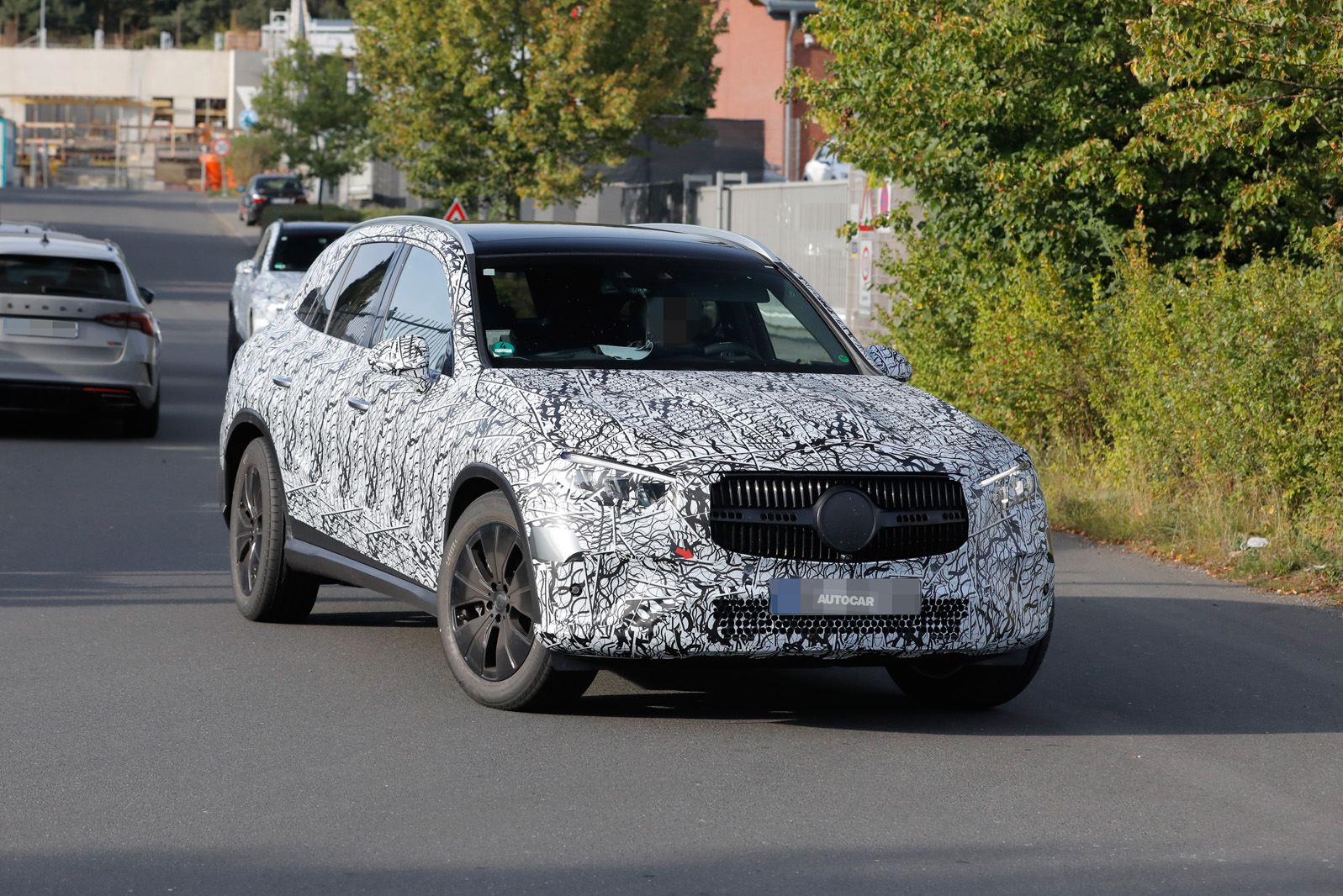 Prototypes of the next-generation Mercedes-Benz GLC have been spotted testing at the Nürburgring ahead of a 2022 release.

The two cars were heavily disguised, but the images confirm the next iteration of Mercedes’ rival to the BMW X3 has changed substantially from its predecessor. Most of the model’s defining features are still hidden, but the GLC now appears longer, lower and perhaps a little wider, with less of an upright SUV stance. A longer wheelbase and overhangs hint at more interior space, too.

The front and rear ends are expected to share design elements with the new C-Class. Mercedes is aiming to make the GLC the most advanced model in its class. It will help achieve this via a new Drive Pilot function with Level 3 autonomous capability. It’s a similar system to that which made its debut on the latest S-Class.

Under the body, the GLC will be closely linked to the C-Class, as it is today, sharing the same MRA (Modular Rear Architecture) platform. The platform change is crucial for the introduction of more electrified models: Mercedes is likely to offer 48V mild-hybrid technology across most of the GLC range, while further plug-in hybrid options beyond the current 300e petrol and 300de diesel choices are expected. A range of four- and six-cylinder petrol and diesel engines are anticipated.

The MRA platform means the new GLC, like the current one, should come with a double-wishbone front and multi-link rear suspension system as standard. Optional will be an air-sprung set-up, while both rear- and four-wheel drive should be offered depending on the model variant.