The launch date for the next-generation Range Rover Sport is drawing near, with these new spy shots offering our best look yet at its styling.

Land Rover will soon follow up the launch of the fifth-generation Range Rover with an all-new version of the Range Rover Sport. It’ll hit Australian showrooms either late-2022 or in 2023, featuring the similar design language and technology as its bigger sibling – and these latest spy shots of the car caught testing give us a good idea of the styling details that will appear.

Land Rover’s new car will compete with everything from the BMW X5 to the pure-electric Audi e-tron. The British brand is targeting this breadth of ability by moving the Range Rover Sport onto its new Modular Longitudinal Architecture (MLA), which supports 48-volt mild-hybrid, plug-in hybrid and fully electric powertrains. These latest spy shots offer our clearest look yet at the next Range Rover Sport’s styling. It’s an evolution over the previous model, featuring the same rough silhouette as its predecessor with a few key design details inspired by the latest Range Rover, such as the flush-fit door handles and headlight cluster that extend round and onto the front wings.

The front grille and bumper arrangement is more like the Velar’s, while the rear end also seems to borrow that car’s wrap-around tail lights.The length of the wheelbase appears similar to the old car’s, too, which would make it just under three metres long. However, the car’s front and rear overhangs are significantly shorter. This evolutionary approach to the Sport’s design may well be less challenging than the Range Rover. The Range Rover Sport is one of the brand’s best-selling models, with the previous version of the car outselling the full-size Range Rover almost 2:1. It was also Jaguar Land Rover’s joint-second best-seller in the group’s most recent financial results, trailing only the Evoque.

Land Rover’s updates to the interior will be more extensive, though. Spy shots sent by Auto Express rear Peter Siu provide a good look at the new Range Rover Sport’s cabin and infotainment screen. The car will feature JLR’s recently introduced Pivi Pro system, with an 11.4-inch touchscreen, which we expect will be used across the group’s line-up of next-generation MLA-based models. 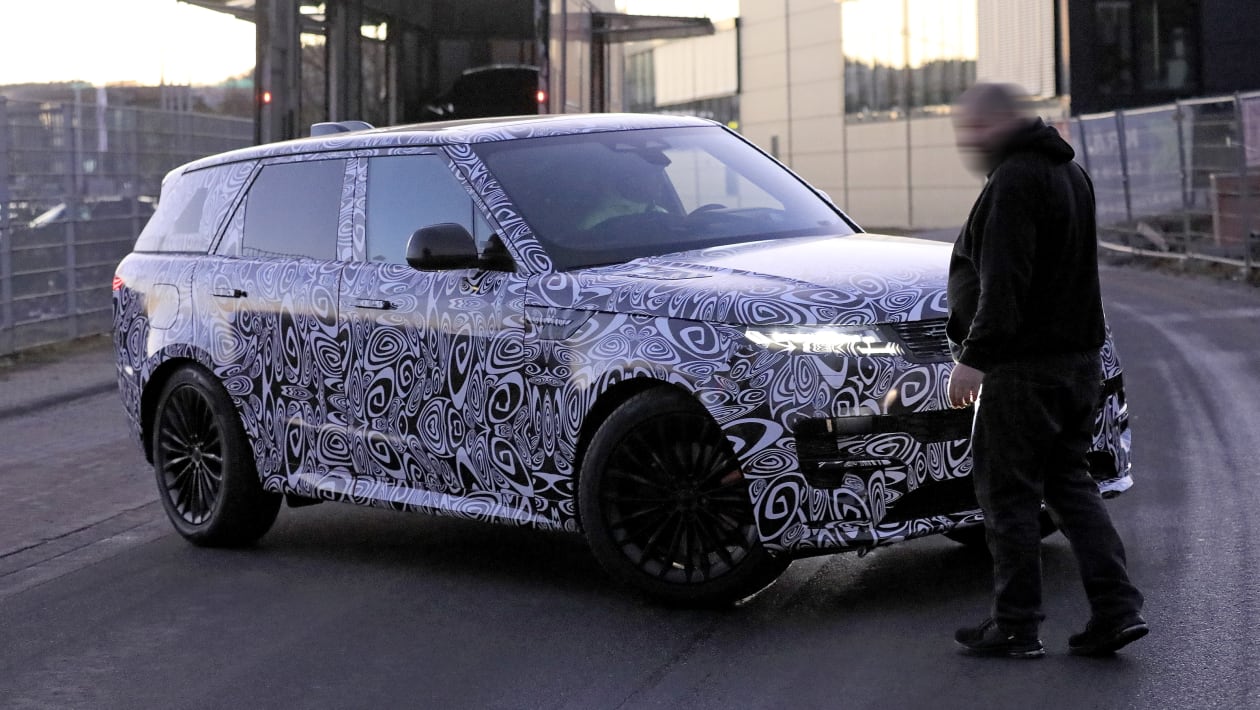 There’s still hope for petrolheads, though, as Land Rover will continue to produce the Range Rover Sport SVR which we’ve rendered before. What’s more, we also expect this model will take an old-school approach to performance, featuring the same twin-turbocharged 4.4-litre V8 engine found in the BMW X5 M Competition.

The same engine is available in the full-sized Range Rover, producing 385kW. However, given the Sport SVR’s racy brief, we anticipate it’ll get the full 453kW that the engine is capable of producing, putting its performance on par with the fastest version of the X5.