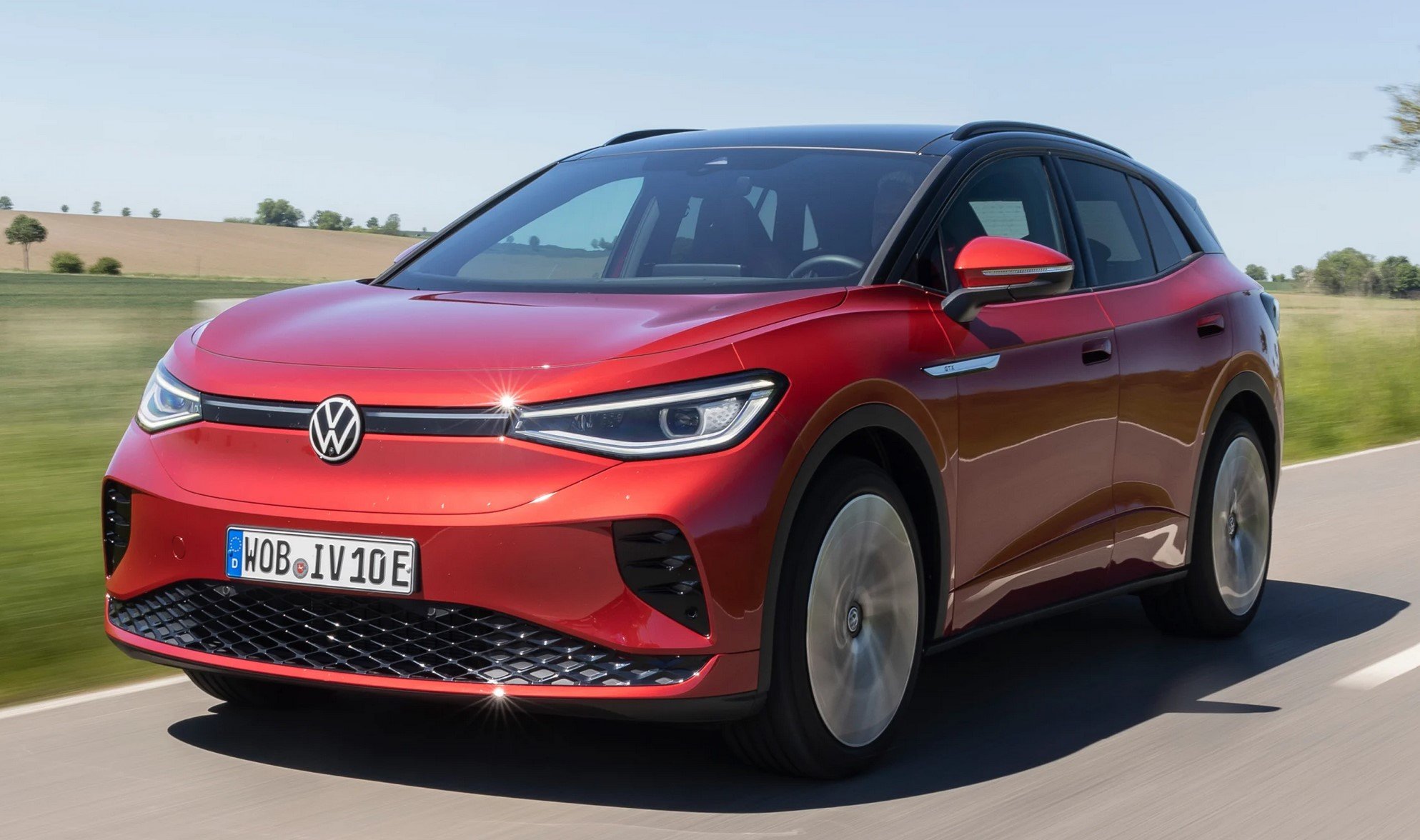 Volkswagen has long used GTI and GTD badges for its fast petrol and diesel models, and has now created the GTX nameplate for its rapid electric cars. First, VW will need to land the ID in Australia, which is tipped to happen in 2023, and then performance versions like this can follow.

The ID.4 GTX is the first such performance EV; based on the firm’s MEB platform for electric cars, it uses the same basic layout – including a 150kW electric motor on the rear axle – as regular ID.4s.

However, it also gets a 80kW motor driving the front wheels for a total of 220kW and four-wheel drive. Both motors are fed by a 77kWh battery, and with the extra traction and power it’s enough to give the GTX genuine hot hatch pace. It’ll sprint from 0-100km/h in 6.2 seconds, while the GTX’s top speed rises to 178km/h. Of course, four-wheel drive helps traction, but there’s no mechanical link between the front and rear axles, which means the all-wheel drive set-up has no discernible impact on the ID.4’s packaging here – a big benefit of it being an EV.

Most of the time the GTX is rear-drive, with the front motor only coming online if the ESC system senses a loss of traction or a demand for extra performance. There’s also a Dynamics Manager that networks the motors and the ESC, similar to the tech in VW’s hot Golfs, helping stability and agility. Given that the GTX weighs more than 2.2 tonnes, it handles surprisingly well, but of course with the biggest proportion of the car’s mass – the battery – centred low in the chassis, the centre of gravity is lower than you might expect.

The GTX turns in to corners more keenly than a standard ID.4, with more grip and decent direction changes for a heavy machine. It actually feels fun to drive, with the instant hit of torque from the electric motors punching the car out of bends. Switch to Sport mode and the front motor always plays a part, enhancing what the GTX has to offer. Of course, use the performance and you won’t get close to the GTX’s claimed 480km range; our car showed 360 kilometres with a full charge. With 125kW DC rapid charging capability, owners will be able to add 299km of range in just 30 minutes – boosting the GTX’s flexibility – and using a home wallbox a full recharge will take around seven and a half hours, meaning overnight top-ups will be easy.

This capability is the same as the standard ID.4, though. What sets the GTX apart, along with the mechanicals under the skin, is the slightly sportier look. A racier rear diffuser and a slightly larger spoiler, 20-inch alloy wheels and a subtly enhanced body kit – including some honeycomb mesh at the front – separate the GTX from lesser ID.4s, while the chassis features stiffer springs, firmer dampers and tweaked anti-roll bars.

It rides relatively well, helped by that extra weight smoothing out the chassis’ responses, so comfort is adequate. Combined with the near-silent all-electric running, it’s a refined performance SUV, too. Inside, there are the usual Volkswagen Group performance-model tweaks, such as stainless steel pedals, sports seats with red stitching and a sports steering wheel. There’s also a 30-colour ambient lighting system, a 5.3-inch digital instrument cluster ahead of the driver and a 10-inch infotainment system with voice control. Unfortunately, it has the same compromises as the regular ID.4, with a slightly confusing menu layout and a sub-standard touch-sensitive interface.

Volkswagen’s first electric performance model is a promising exercise, with snappy acceleration and impressive handling, given the weight. The GTX also looks sharp, and still ticks the boxes for practicality and refinement, even if the infotainment is hamstrung by the same problems as the regular ID.4.