We test-drive the new Volkswagen ID 5 coupe-SUV overseas while VW’s electric range remains out of bounds for Australia.

It seems to be nigh-on impossible these days for manufacturers to make a mid-to-large SUV without resisting the temptation to follow up with a ‘coupe’ version. Sure enough, little over a year on from the Volkswagen ID 4 electric SUV going on sale in some overseas markets, we find ourselves getting a first drive in the more style-focused sibling: the ID 5.

The ID range is not yet available in Australia, but plans are in place to – hopefully – introduce Volkswagen’s electric ID brand in 2023. For this style-conscious model, the design doesn’t deviate all that much from the ID.4. From some angles, you might not even spot the new rear-end treatment, featuring redesigned C-pillars, a sloping roofline and a new boot lid incorporating a rear wing.

Inside, the ID.4’s cabin has been carried over, albeit with an improvement in trim quality to reflect the ID.5’s position at the top of Volkswagen’s European EV line-up. It’s noticeably nicer when you take a seat, but there are still some cheaper-feeling elements, which is all the more disappointing considering the related Skoda Enyaq and Enyaq Coupe both feel more arguably premium. Further differentiating itself from the ID.4, the ID.5 is only available with the largest battery pack available in cars using the VW Group’s MEB platform: a 77kWh unit which provides a range of up to 504km in the rear-wheel-drive Pro and Pro Performance models.

Driven in the German equivalent of the highly equipped Max trim-level we will get in Britain, this grade will offer 20-inch wheels, adaptive dampers, and ‘Top-Sport Plus’ seats. Our car had 21-inch wheels, which will be optional on Max cars. Even on the larger diameter rims, the ID.5 rides comfortably, isolating the cabin well from imperfections in the road surface. It’s a quiet, comfortable car to drive, just as we’ve found with the ID.4 – no surprises here, since the pair are mechanically identical.

The feeling of familiarity continues upon reaching a corner. At well over two tonnes, the ID.5 is hardly a flyweight. But as we’ve seen time and time again with electric cars, a low centre of gravity afforded by a low-slung battery pack means it doesn’t always feel as heavy as that.

Up to a point, at least. Although it changes direction keenly enough, push the ID.5 hard in a corner and its mass will become more apparent, with the front end pushing on. Body roll is fairly well contained, however, and traction from the rear axle is offered in abundance. Most will find the ID.5’s handling to be more than adequate for their needs, even if they’d be having more fun in a Ford Mustang Mach E. The steering is heavier than a lot of Volkswagen products from the last 10 or so years or so. However, there’s an odd, springy quality to the power assistance, with the wheel quick to self-centre, particularly in Sport mode. In this Pro Performance model and the GTX, it’s a progressive rack, with the steering ratio tightening as the lock is added.

Sport mode also firms up the suspension to reduce body roll, albeit not by a significant degree, and sharpens up the throttle.

With all 310Nm of the single motor’s torque available near-instantaneously (there’s a progressive ramp-up on the throttle, regardless of mode), the Pro Performance feels fairly brisk during initial acceleration, gathering speed nicely thereafter. Judging by our experiences in the ID.4, the cheaper Pro version will feel sluggish, although it’s expected to be the biggest seller.

All derivatives get the 3.0 version of VW’s latest software package, which is intended to iron out the bugs experienced in earlier systems. In our first hands-on experience the setup was stable and crash-free, however we managed to accidentally set off the apparently improved voice command system multiple times amidst general conversation between driver and passenger. 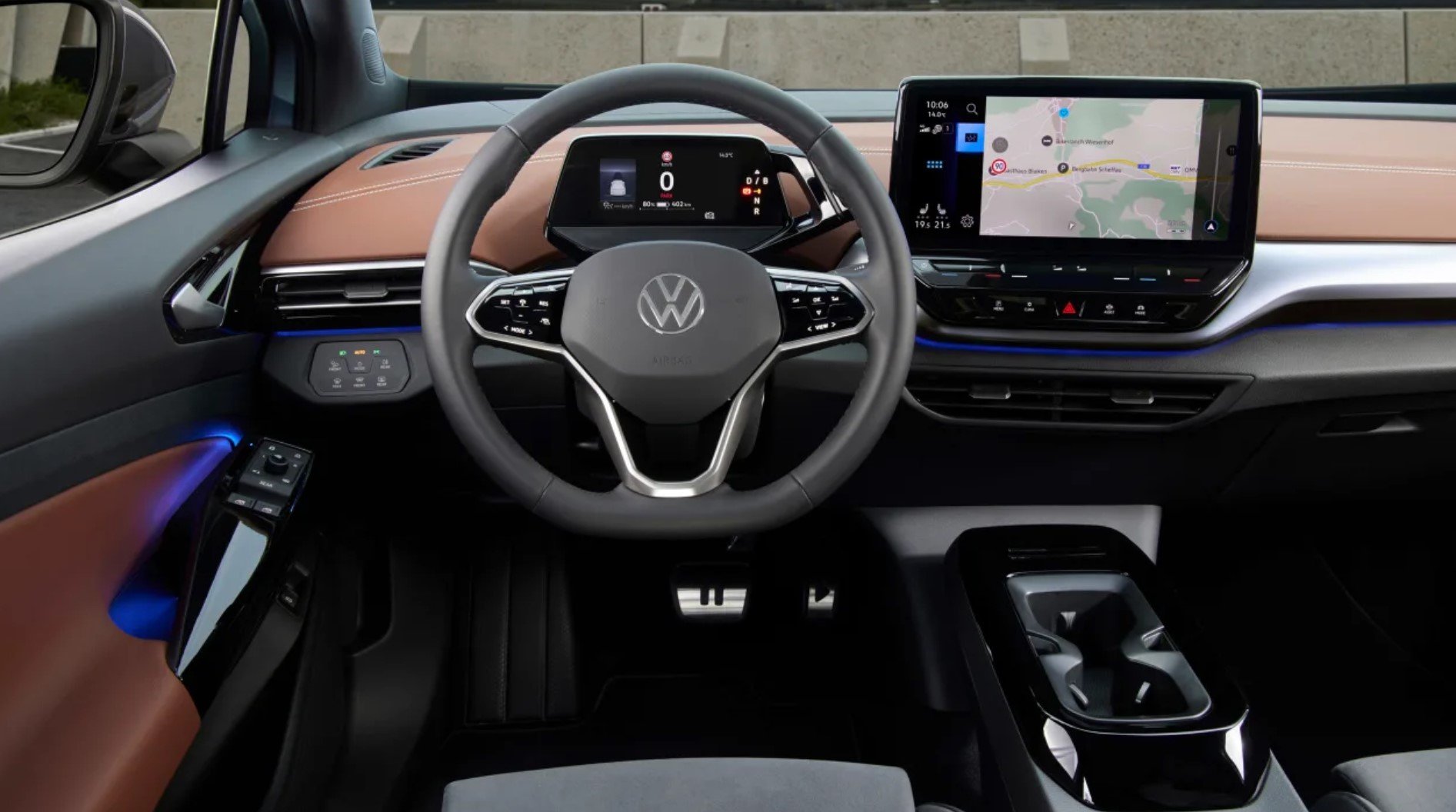 The central touchscreen is quite responsive, but it’s still fiddly to use for altering climate control settings. This is far from the only user experience faux pas the ID.5 has inherited from the 4 – you still get the haptic feedback steering wheel button pads with touch-sensitive sliders that are all-too easy to accidentally knock.

The Volkswagen ID.5 inherits both the ID.4’s good and not-so-good aspects, resulting in a fairly well-rounded electric SUV which isn’t too badly compromised by its sportier silhouette. It’s not a cheap option though, in a market that’s becoming more affordable and fielding greater consumer choice by the month.