The new BMW M2 will be the last pure-combustion-powered M model ever, and we drive an early test car to see how it’s shaping up.

No car arguably resonates more with BMW M division’s values than the M2, and this new model signifies the end of an era because M boss Frank van Meel has confirmed that it will be the last pure-combustion-powered M model ever. After this, they’ll feature electrification.

The M2 is powered by a 3.0-litre turbocharged six-cylinder engine mounted in the front of a compact two-door coupe body and is available with a manual transmission (an auto will be offered) that sends power to the rear wheels only. The car is still undergoing final development ahead of its official unveiling in October, while sales will start in April 2023, so BMW is remaining coy on specifics, but we do know the production-spec M2 will offer similar performance to the brand’s previous-generation M2 CS.

That car delivered 331kW and 450Nm torque for a 0-100km/h time of 4.0 seconds when fitted with the DCT dual-clutch transmission, so expect similar stats for the new eight-speed automatic model. However, the new M2’s 3.0-litre turbocharged engine features many proven carry-over parts from the current M3 and M4, as well as the drive system (which includes components such as the electronically controlled active limited-slip differential) and the brakes.

During our short test drive session in both a six-speed manual car and the automatic version around the Salzburgring in Austria, the M division’s DNA is palpable. The engine feels muscular and brawny, thumping through the mid-range. It does rev out well, but the brunt of the performance comes from its turbocharging. In the automatic you can shift up earlier, dropping the car back into the torque band; in the manual, with its longer gear ratios, you sometimes have to hold on to more revs before shifting up.

When you do, the engine’s enhanced note sounds a touch artificial, but we’re still glad that there’s a gruff but musical note in the mid-range, where the motor does its best work. 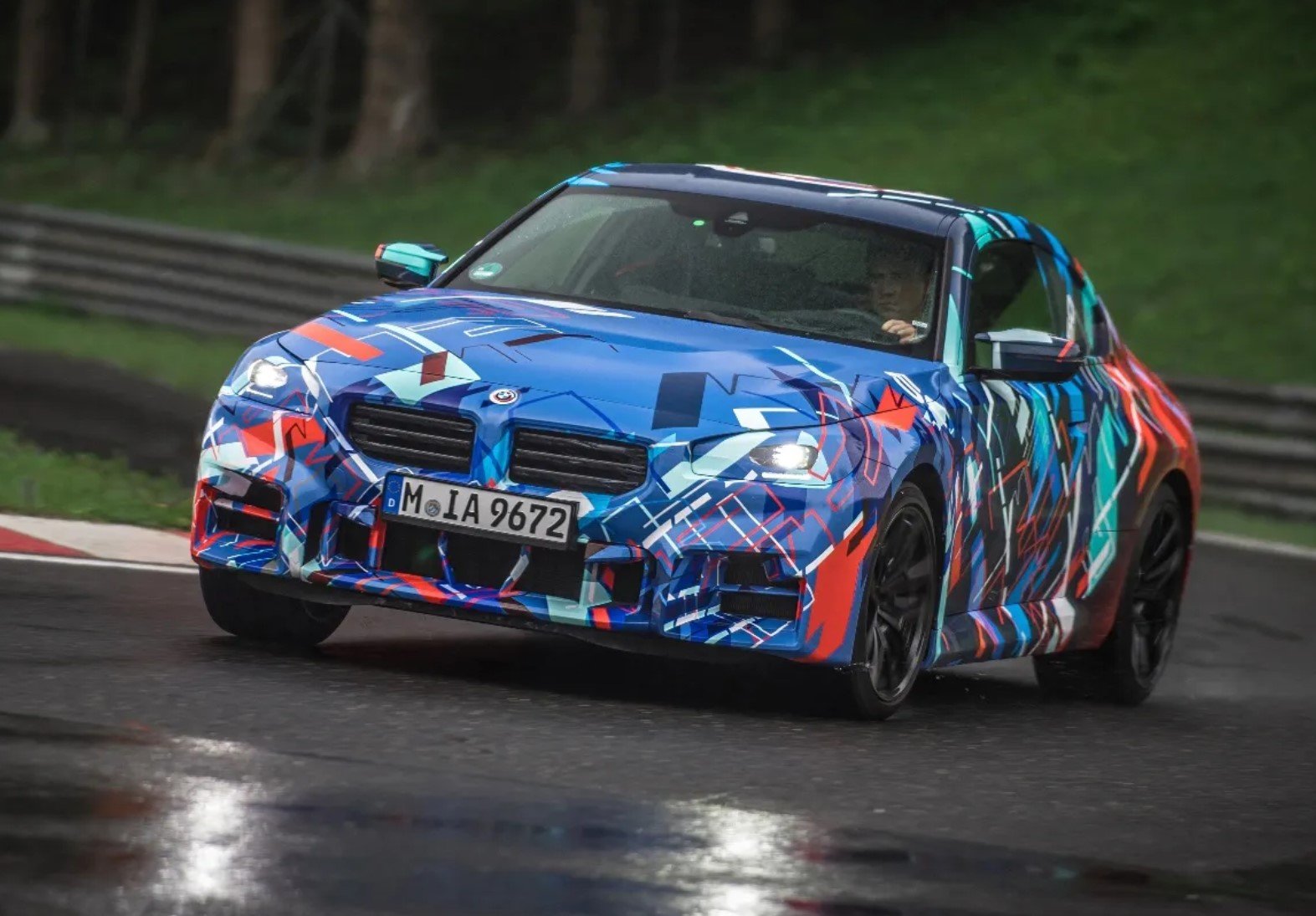 There are benefits to both transmissions. The Steptronic auto is faster and will be easier to drive day-to-day, although the shifts don’t feel as snappy as the old seven-speed DCT, while the manual gives an even greater sense of engagement and immerses you deeper in the process of driving the M2, which is exactly what the car is all about.

However, the quality of the shift isn’t a match for that in rivals such as the Porsche Cayman, although the M2 does get an automatic rev-matching function (you can also switch this off).

Traction is strong in both versions of the car, with the differential hooking up smoothly to propel the M2 out of corners. Our brief test highlighted that this technology also helps to deliver the typical rear-drive balance that we’ve come to know and love from BMW’s smallest fully fledged M model.

It also highlighted that the steering isn’t as communicative as some, such as an Alpine A110’s or a Cayman’s, but it has a nice weight and speed, and with plenty of grip and a good sense of feedback through the chassis, you can place the car well and adjust your line easily. 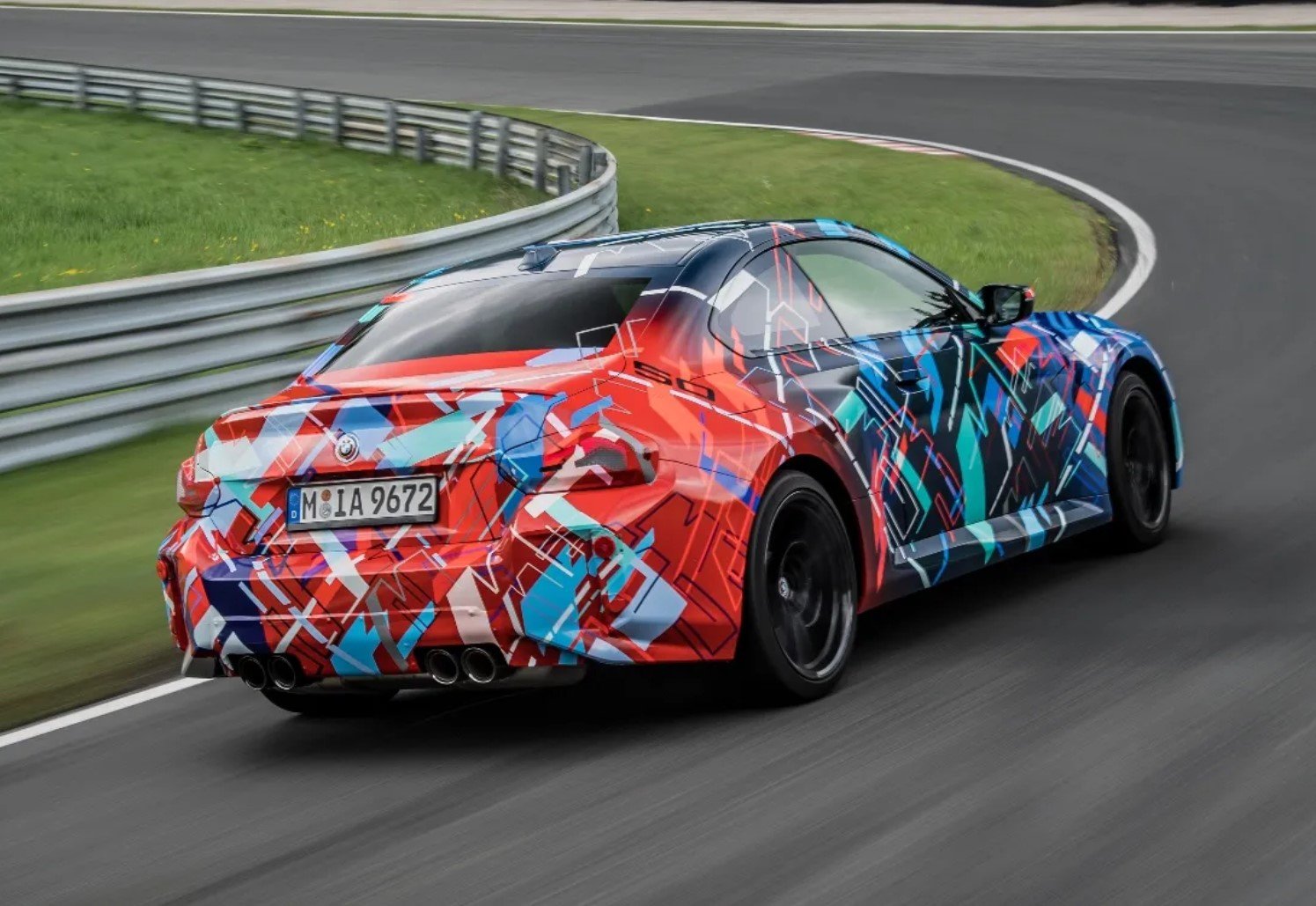 This partly comes from the M2’s stability, which in turn comes from a growth in size. Wider track widths and 285-section rear tyres also help, while standard-fit adaptive dampers allow you to dial up the level of body control required in three stages.

On a smooth track it was hard to get a sense for the Comfort mode’s set-up, and while Sport Plus tied the car down more firmly, it did still feel a little ‘busy’ over bumpier, faster sections. You can feel the body hopping just a fraction, but the tyres’ still key the road surface relentlessly. Call it personality, which we’re all for as the era of full electrification approaches.

As is the way for modern M cars, alongside the adaptive dampers you can independently adjust steering weight, engine response, gearshift speed and BMW’s variable M traction control. Your chosen settings can be saved to the two small buttons mounted to the chunky-rimmed steering wheel, marked M1 and M2. Although they were taped over in our pre-production test car. Apart from the thickness of the steering wheel rim the driving environment is good, but it’s made even better by the optional two-piece carbon fibre bucket seats. These hold you in place on track and sit you lower than the standard seats; you sometimes feel like you’re sliding around on the standard seat rather than sitting in it given the level of grip the M2 can generate.

Apart from paint and trim choices, the only other big option available will be a carbon fibre roof, something that’s become an M car signature and helps to not only reduce the car’s kerbweight but also lower its centre of gravity.

On the subject of weight and given the M2’s growth in size, expect it to weigh more than the previous car, which tipped the scales at 1625kg in Competition form. But from our first encounter the new M2’s agility is still impressive. 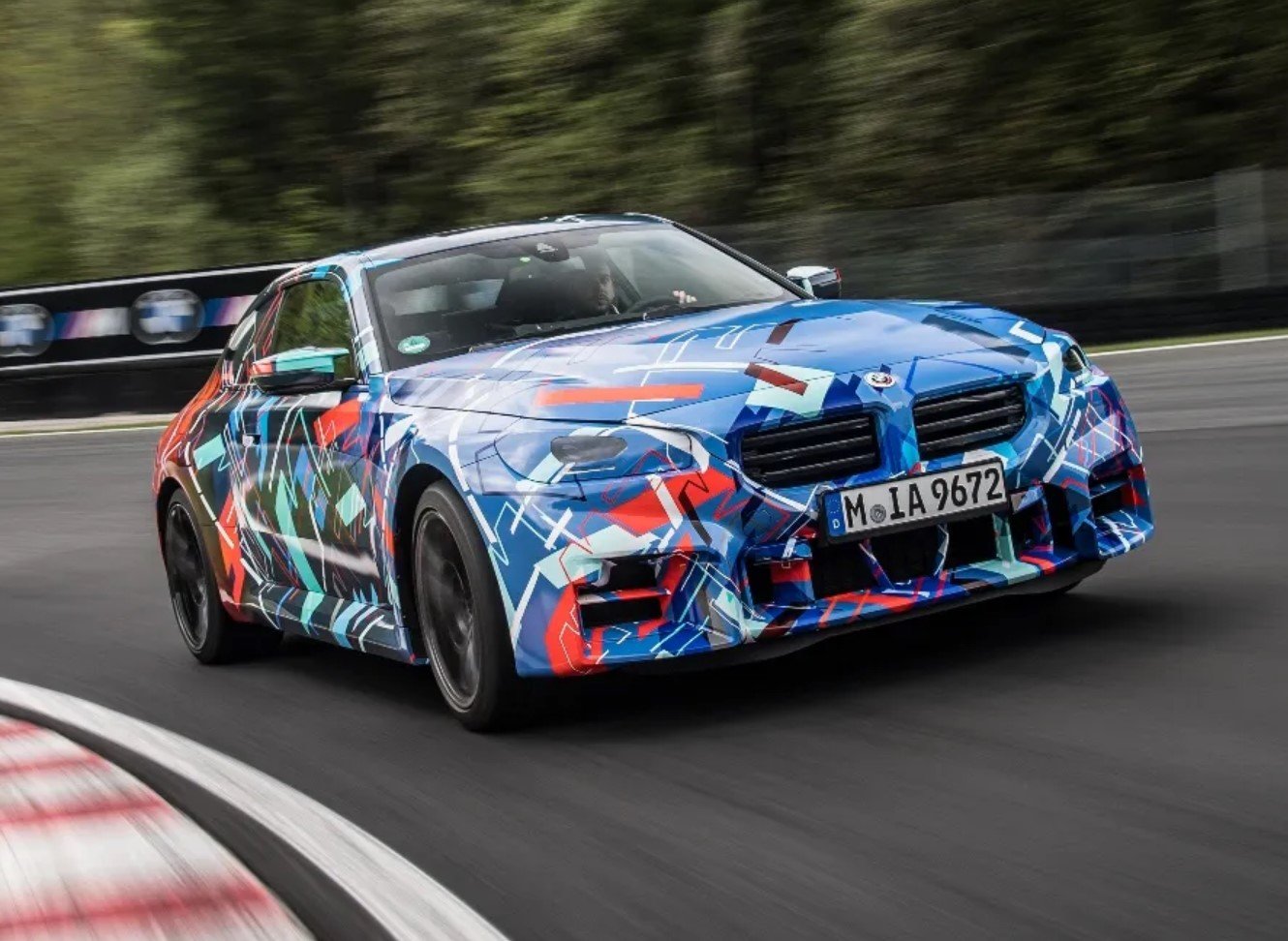 As is the tech. The digital dash is clear and crisp, although it’s a shame to lose BMW’s traditional analogue M dials, while the latest OS 8 infotainment system running on the central screen is as good as in any other BMW model we’ve tried.

The new M2 is an example of BMW’s M division doing what it does best. It has plenty of power from an engine with personality and teams this with an agile and adjustable rear-wheel-drive chassis. The steering and ride could still be better, as could the shift quality in the manual car, but the eight-speed auto is snappy enough. Our drive in an early test car shows in its 50th year the M division hasn’t lost sight of what’s important in a small sports car.