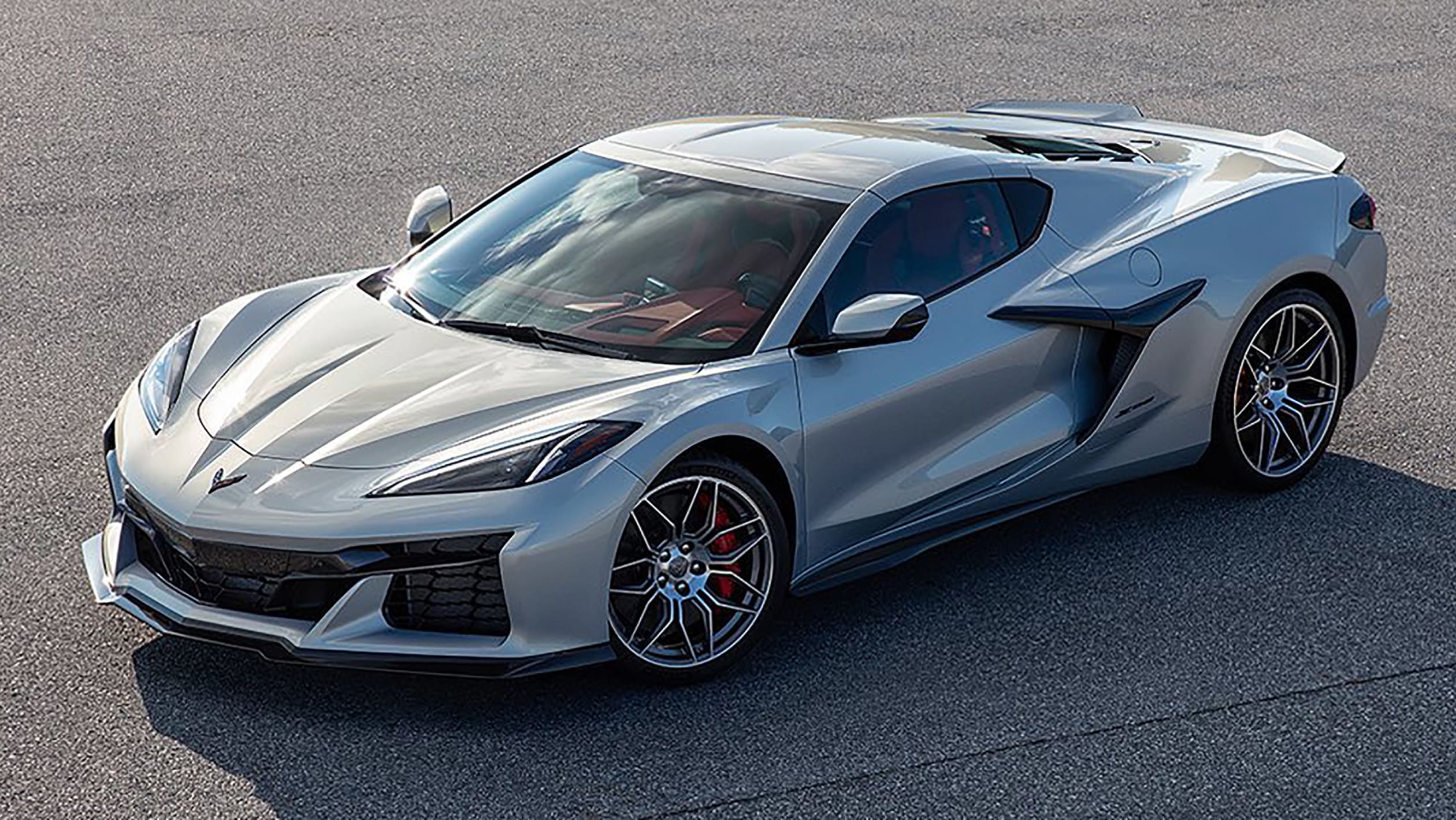 Chevrolet isn’t holding back with its incoming mid-engined Corvette Z06, and the first official image has surfaced early…

Chevrolet has taken to social media to reveal the first image of its new Corvette Z06 in full before final details are announced on October 26. Though we’re restricted to a single image for now, its aggressive aero kit, wider body and more purposeful stance are clear to see, with a new flat-plane crank V8 likely to be hiding under its composite engine cover.

The base C8-generation Corvette Stingray was launched last year, making headlines with its all-new chassis and mid-engined layout, turning firmly from a composite-clad American sports car to something rather more sophisticated. Yet the standard C8 was never the real cause for this fundamental change with ‘just’ 370kW, rather Chevrolet’s ambition to truly rival European supercars with the Z06, which now firmly has cars like the 911 GT3, Lamborghini Huracán STO and McLaren 765LT in its crosshairs. All major exterior panels, save for the roof, bonnet and door skins, look to be bespoke from the Stingray, with a substantially more open front bumper that looks to be fitted with no less than three massive radiators and two channelled cooling ducts. The side intakes are also bigger, and around the back, the exhausts have now moved to a central position within the rear valance, leaving space on either side for more aero trickery. Another major difference to the C8 Stingray is the dramatic increase in wheel offset – that is the point at which the wheel is bolted to the wheel hub in relation to the body. In standard Stingray models, the wide axle, but narrow offset makes it look boxy and awkward over both axles. It’s possible this has been a conscious decision to fit both Stingray and Z06 models with the same rear axle design to save on the development costs, with the Z06 theoretically just needing to be fitted with wider wheels with some proper offset and those swollen wheel arches. Looking at the deep dish wheel design visible on this first image, we’d say this had definitely been addressed. Chevrolet has also released sound clips of the new Z06 ahead of its full reveal next week, all but confirming the use of a high-revving flat-plane crank V8 – once a bastion of highly-strung engines found in Ferraris and McLarens. As with the Stingray, the Z06 will only be available with a dual-clutch transmission, but at the sort of performance levels expected a six-speed manual transmission would likely have had a low take-up, as was the case with the previous-generation Z06. Given the Z06’s connection to Chevrolet’s sports car racing activities, we suspect this new V8 to be connected to the unit being developed for the Corvette C8-R racer, one that differs aurally from the off-beat grumble of Chevrolet’s traditional small blocks with a high-pitched, almost European-sounding shriek typical of a flat-plane crank. Final engine outputs are still under wraps, but it’s likely that the C8 Z06 will produce more power than the supercharged 6.2-litre LT4 from its predecessor – in its final form, that car made 478kW and 881Nm of torque for a 3sec 0-100km/h time and 298km/h top speed.

Due to be revealed on October 26 as an American 2023 model, the Z06 could finally become the European supercar killer it’s always threatened to be.