The production version of the Kia Concept EV9 will sit at the top of the brand’s all-electric range and will go on sale in the UK next year.

Following on from last year’s LA Motor Show debut, Kia has confirmed the eventual production version of its Concept EV9 will go into right-hand drive production. For now, RHD production allocation has only been mentioned for the UK and Kia Australia is yet to confirm the model locally.

Still only in concept form, the road-going model will drop the ‘Concept’ tag and simply be called ‘EV9’. The brand has already registered this trademark and the EV9 will sit above the EV6 crossover in Kia’s line-up. The EV9 might also be the base for one – or both – of Kia’s upcoming electric utes.

Kia describes the Concept EV9 as “an iconic and bold form, meshing logical and emotional qualities with playful, rugged features and styling cues”. It certainly is a departure from the firm’s EV6. Instead, we can see a much more upright and angular approach similar to the Soul EV and Kia’s internal-combustion engined SUVs, including the Sorento.

At 4930mm long, 2055mm wide and 1790mm tall, the Concept EV9 is larger than the range-topping Sorento SUV and is similar in size to the North American-market Telluride. Unsurprisingly, it will sit above the EV6 in Kia’s electric SUV range, offering three-row seating to rival the likes of the Mercedes EQB and upcoming Hyundai Ioniq 7. 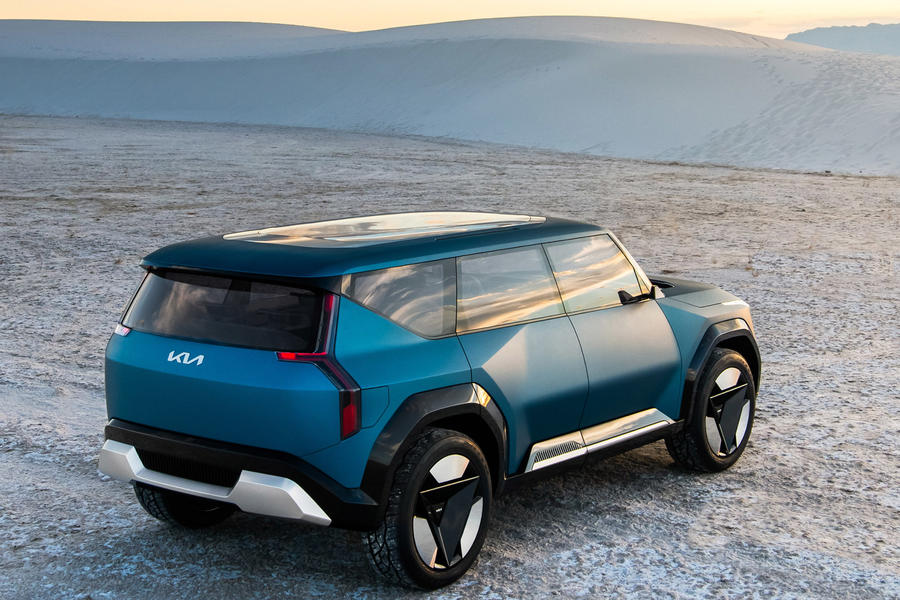 Just like the Ioniq 7 that’s due in 2023, the EV9 will be based on the modular E-GMP platform. This means we could see the EV6’s 77.4kWh battery being made available for the EV9.

The EV6 has a maximum range of 528km, so expect a bit less in the EV9 due to its extra size and weight if this pack is carried over. Of course, Kia could enlarge the battery for this bigger, heavier and less aerodynamic model, with the larger wheelbase providing scope for this in future as well.

Just like the EV6, the EV9 should also offer single and dual-motor options, while its 800V electrical architecture will allow super fast charging speeds of up to 350kW.

When it comes to design, the brand says the “Concept EV9 demonstrates the potential of Kia’s design” and it certainly has plenty of unique features. Blanking off the front grille – an EV trait due to reducing cooling requirements – Kia has added its ‘Digital Tiger Face’, with the Concept EV9 sporting a distinctive LED light signature with plenty of chrome trim.

There’s a squared-off bonnet featuring Kia’s new logo, while angular wheel arches and two-tone extensions sitting over a set of ‘triangular aero design’ 22-inch wheels also feature. At the rear, the distinctive LED lighting shape continues, while there is a smooth tailgate sitting above a rugged two-tone bumper.

The Concept EV9’s profile is boxy, with a straight roofline and upright front end. Despite the car’s boxy look there is a real focus on aerodynamics and efficiency. The air vent design reduces the SUV’s frontal area, while the bonnet ‘vent’ below the screen is actually a solar panel to recuperate energy for the battery.

Roof rails retract into the bodywork when not in use and can be raised at the touch of a button. Helping to improve the aerodynamic efficiency further are the wing-mounted cameras replacing conventional wing mirrors. 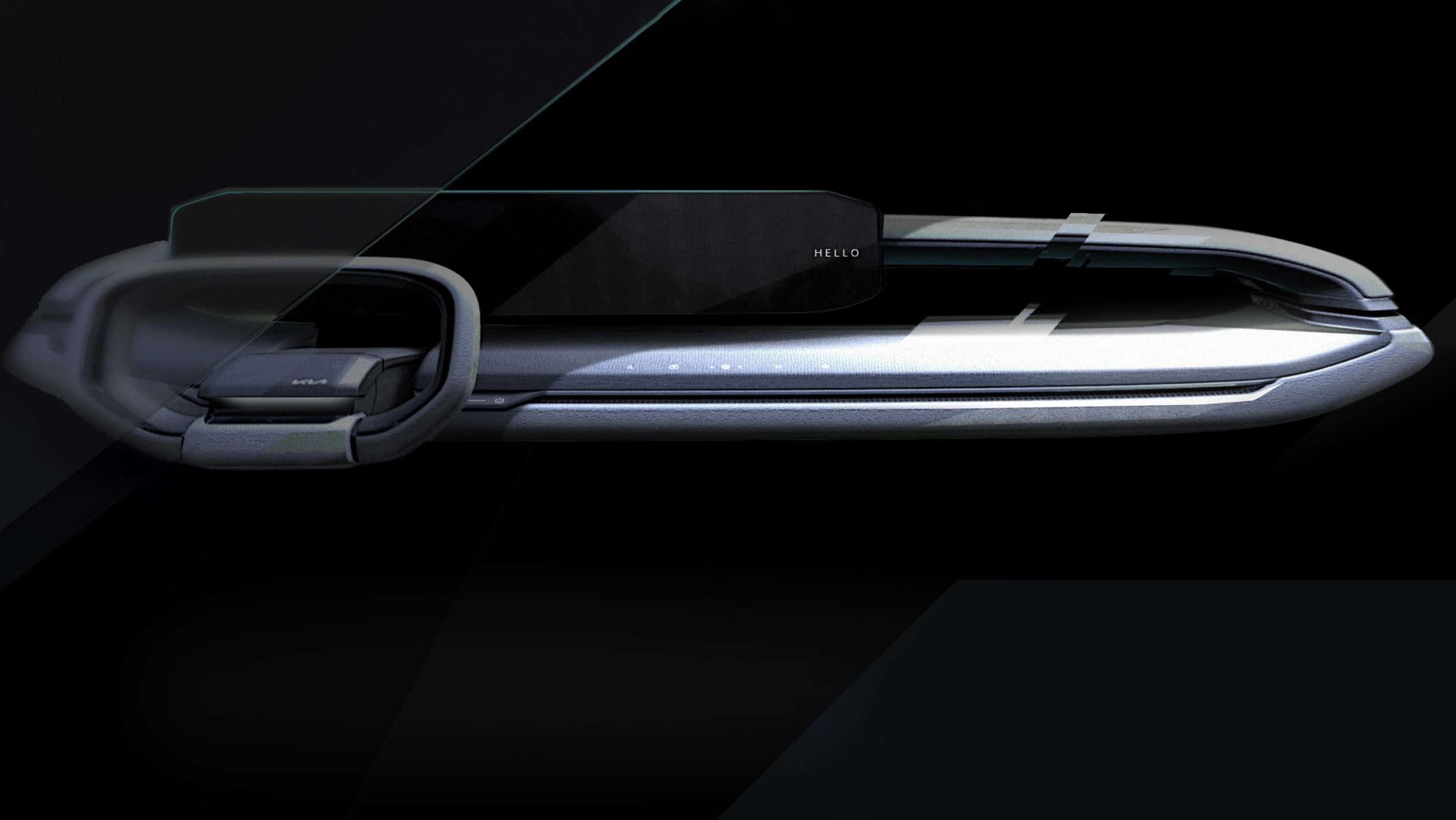 Inside, Kia describes the interior space as “transformative”, with a focus on creating a space that positively boosts the mood and wellbeing of passengers. The front of the cabin is dominated by a 27-inch widescreen display combining driver information and infotainment, which appears to ‘float’ above the dashboard. Physical buttons are limited, while extensive ambient lighting features, and an usual pop-up “steering pad” replaces the steering wheel.

The cabin actually changes its layout depending on which setting is selected. ‘Active Mode’ has a traditional driver-focused set-up, while ‘Pause Mode’ rotates the front and third-row seats around, turning the second row into a table to mimic a “first-class lounge”. ‘Enjoy Mode’ sees all three rows of seats face the tailgate, which opens to give occupants “the opportunity to connect with the outside environment”. Wellbeing is further boosted with soothing colours and a panoramic glass roof, Kia claims, while an environmental focus sees flooring made from recycled fishnets, seat fabric from recycled bottles and will fibre, and vegan leather.

The Concept EV9 is a core part of Kia’s plan to become a “Sustainable Mobility Solutions Provider”. It aims to achieve carbon neutrality throughout the firm’s value chain by 2045 – through logistics, vehicle production, vehicle use and disposal.