Skoda has started to update its Kamiq with exterior and interior changes.

This is our first look at the facelifted Skoda Kamiq, and while we don’t expect too many mechanical changes, we can already see plenty of design tweaks underneath this prototype’s camouflage.

Skoda’s smallest SUV launched in 2019, so it’s due a mid-life update. It’ll retain the same MQB underpinnings as the Volkswagen T-Cross. The lineup of engines is unlikely to change either with a 1.0-litre, three-cylinder TSI petrol kicking off the range and above that we’ll see the 1.5-litre, four-cylinder TSI petrol. 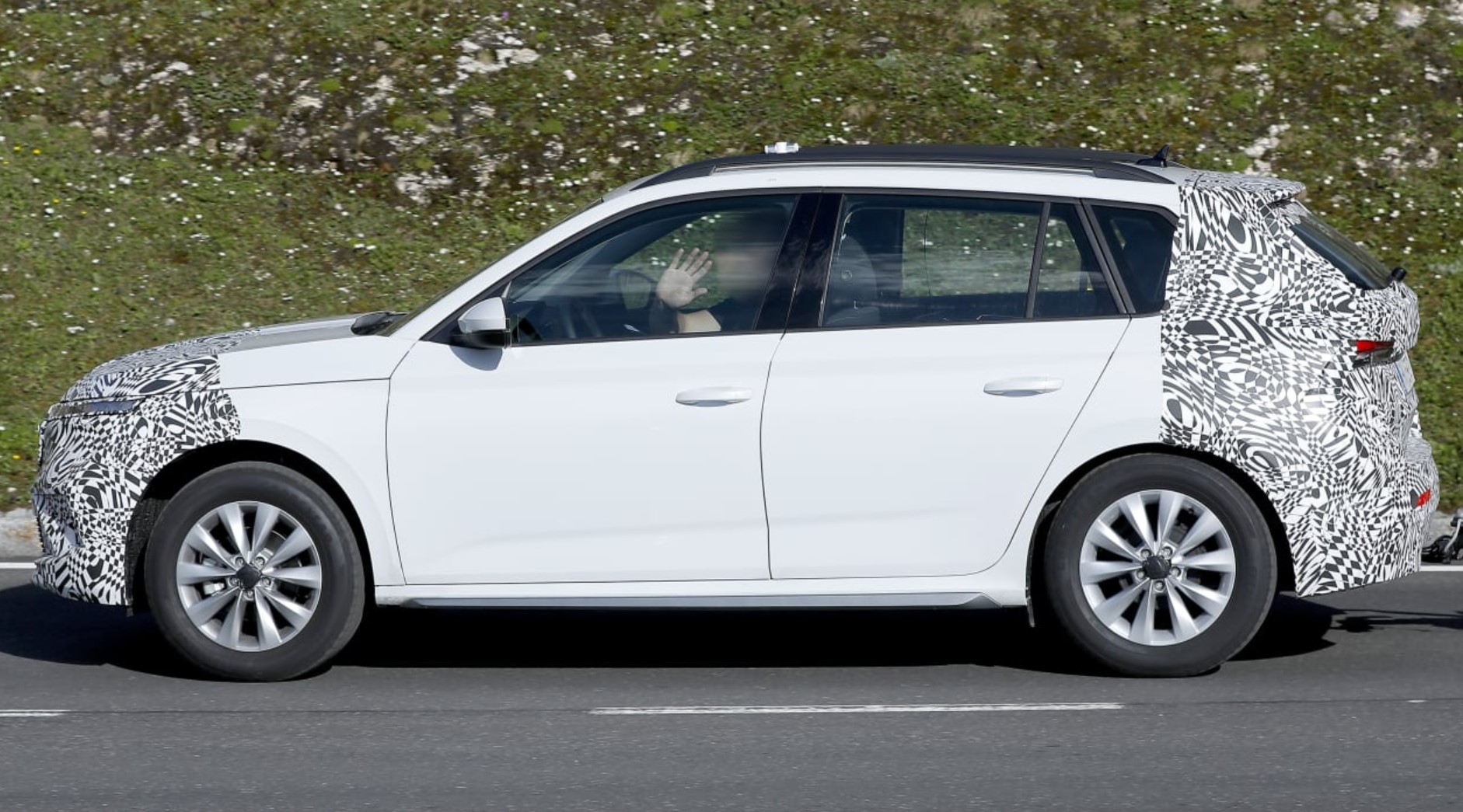 In terms of design, we can see several key differences for the new Kamiq despite the camouflage. The thin headlights remain but the secondary unit beneath will be altered. There’s also a new grille, air intakes and lower grille at the front. The Kamiq’s bulging centre section of its bonnet remains.

The Kamiq will be unchanged along the side until you reach the rear lights, which should take on the new C-Shape design seen on the new Fabia. The bumper and roof spoiler should also receive a subtle redesign. The overall design of the cabin won’t change too much in the facelifted Kamiq, with top-spec models getting a 9.2-inch central infotainment touchscreen. Android Auto and Apple CarPlay will come as standard and like last year’s facelifted Karoq, the Kamiq should be able to receive over-the-air updates.