Following the launch of the coupé-backed ID 5 SUV later this year, Volkswagen will turn its attention to developing a production version of the rakish ID Vizzion concept for launch in 2023.

It will essentially serve as the electric equivalent to the combustion-engined Passat, giving Volkswagen a sorely needed rival to electric executive market leaders like the Tesla Model 3 and Polestar 2.

The newcomer will be available first in sedan form, as seen here, before an estate-bodied version, based on the ID Space Vizzion concept, arrives. Although the exterior dimensions will largely match the combustion-engined Passat’s, the interior is expected to offer space on a par with the Phaeton flagship, which bowed out in 2016. A name has not yet been confirmed. It was originally thought to be called the ID 6, but that moniker has now been taken by Volkswagen’s large China-only electric SUV. It is being developed under the codename Aero-B. 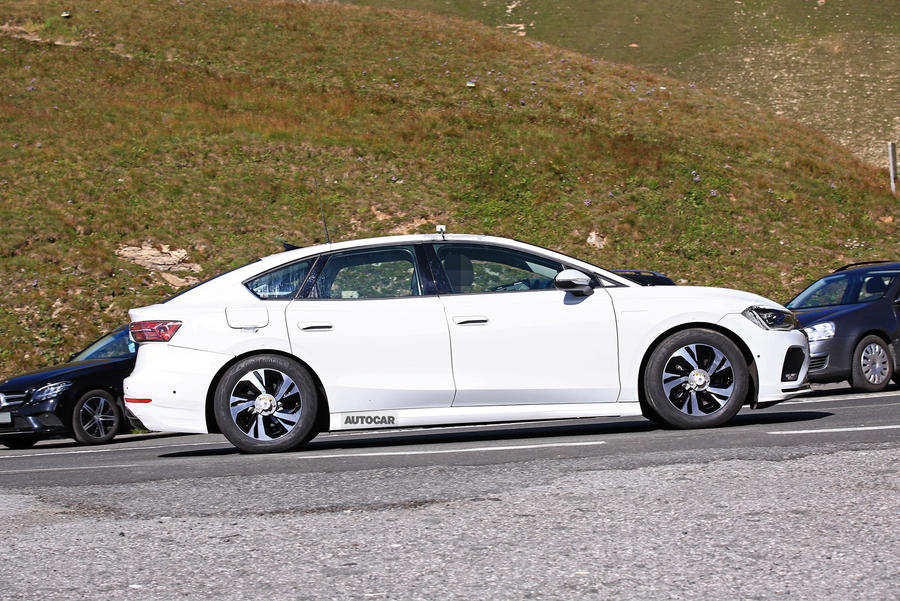 As reported by Automotive Daily’s exclusive partner Autocar last year, the new ID model will use Volkswagen’s full-sized MEB architecture and will follow the ID 4 in being offered with a choice of rear- or four-wheel-drive powertrains. A GTX performance model will follow later, as has been confirmed to be the case for most ID models.

Last year, then head of R&D Frank Welsch told Autocar the GTX version will be capable of 0-100km/h in around 5.6sec.

Equipped with the largest battery available – thought to be 84kWh in capacity – the ID saloon should manage 694 kilometres per charge, slightly more than the longest-range version of Mercedes-Benz’s new EQE. Smaller batteries taken from other ID models, ranging from 58kWh to 77kWh, will no doubt be available.