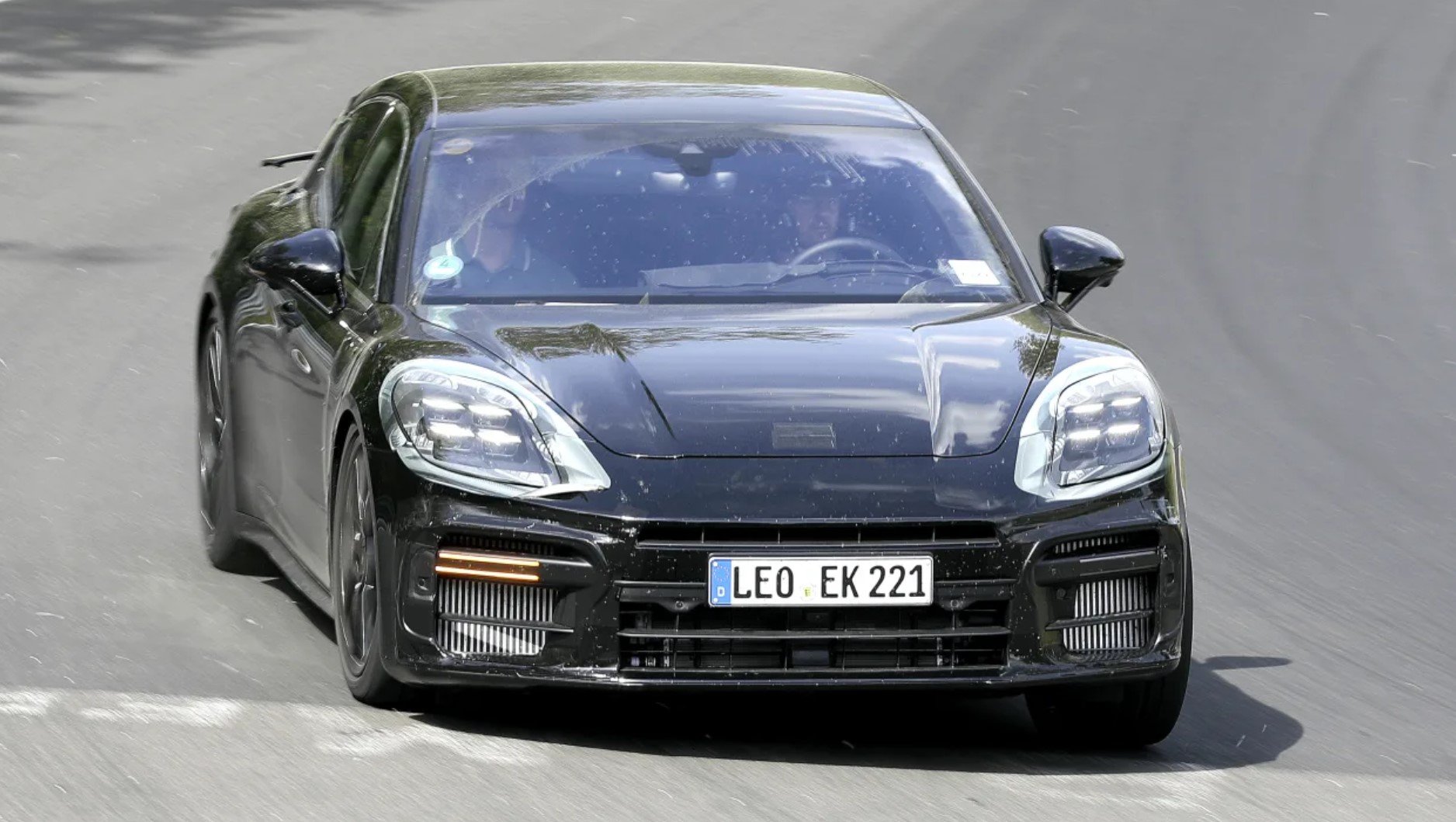 Our spies have caught what could be the all-new Porsche Panamera undergoing testing at the Nurburgring in Germany. Expected to make its debut in 2024, this will be the third generation of the brand’s high performance saloon.

With the current Panamera making its debut launching in 2017 and having received a refresh as recently as 2020, it’s unlikely a further facelift is due, making it likely the cars in our pictures are development mules for an all-new replacement. At the front, the headlights are camouflage, but we can see a revised bumper design with larger air ducts to front-mounted radiators. The C-pillar is also disguised, which further suggests this is an all-new model as manufacturers rarely go as far as changing significant sheet metal like the C-pillars for a facelift. At the back is a quad exhausts system on one of the cars, suggesting a sportier Turbo model, and a twin exhaust set up on the other.

It’s almost certain that Porsche will offer the Panamera as a hybrid model, and the camouflage over a charging cap area appears to confirm this. Platform limitations mean the next Panamera isn’t likely to be offered with an all-electric powertrain to rival the brand’s own Taycan – one of Porsche’s most popular cars in the past year. The interior of this development car was covered too, indicating that a cabin update could be on the cards. Porsche won’t change the general layout too much, but a new, stubbier gear selector (as seen on the latest 911) could feature.

Porsche updated its sixth-generation Porsche Communications Management earlier this year but by 2024 we could see an all-new infotainment system on a fully digital instrument panel. At present, the Panamera uses a partly digital layout, with an analogue rev-counter.

The new Porsche Panamera is expected to arrive in 2024.