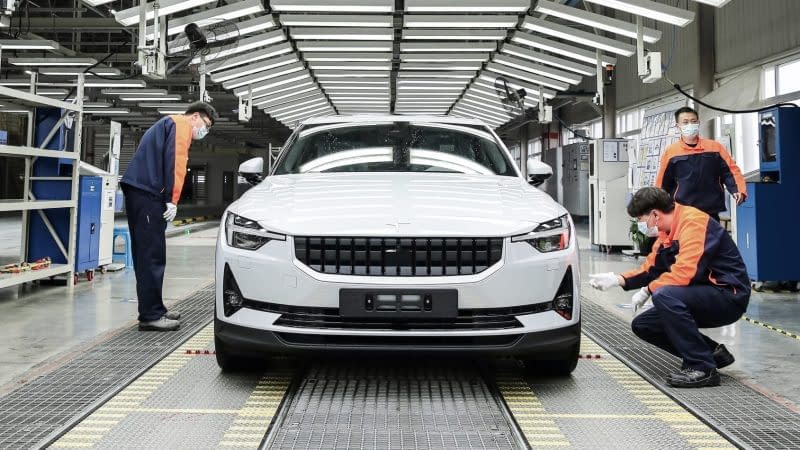 Production is now under way for Polestar’s answer to the Tesla Model 3.

Polestar’s second all-new model, the aptly named Polestar 2, is an all-electric, compact executive-sized mainstream model from the Swedish performance off-shoot of Volvo. Polestar wants the 2 not only to rival the Tesla Model 3, but also to set the cat among the current compact executive class pigeons. The high-spec First Edition’s £49,900 (circa AUD$100,000) starting price is a little high given the Tesla’s sub-£40,000 (circa AUD$80,000) price tag, but with an estimated range of 500 kilometres, the Polestar 2 has the numbers to back up these lofty ambitions. 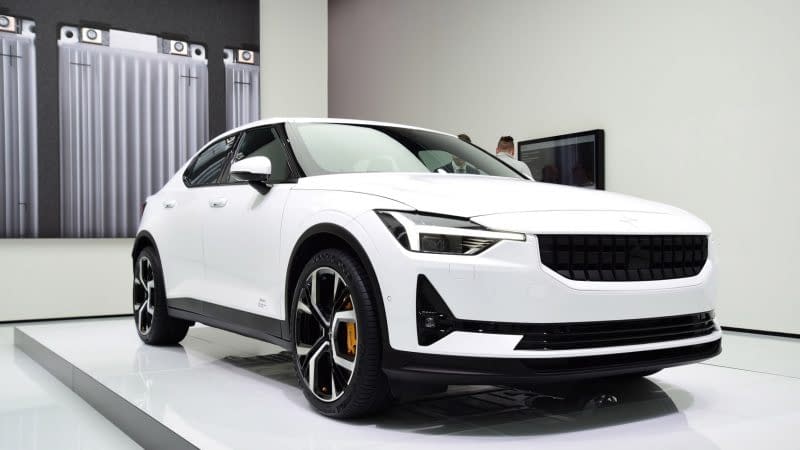 Despite the current situation, the brand recently announced that production of the model had begun in its Chinese facility, ahead of first deliveries in Europe in July. Polestar CEO Thomas Ingenlath said: “We start production now under these challenging circumstances, with a strong focus on the health and safety of our people. This is a great achievement and the result of huge efforts from the staff in the factory and the team securing the supply chain.” 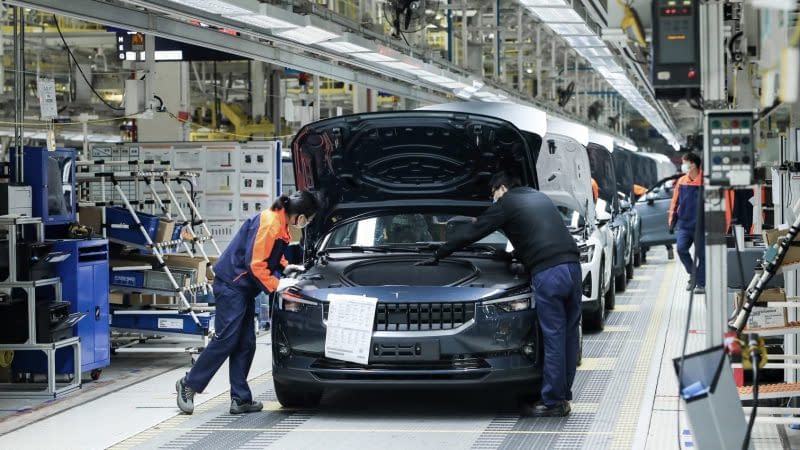 The Polestar 2 is powered by two electric motors fed from a 78kWh lithium-ion battery pack that helps achieve the projected 500km range figure. Power stands at 300kW, with a chunky 660Nm available right from the off, as per most electric motors. Polestar quotes a 0-100km/h time of under 5 seconds. With such a large battery pack and tall-ish ride height, we suspect the as yet unconfirmed weight figure to be a hefty number. 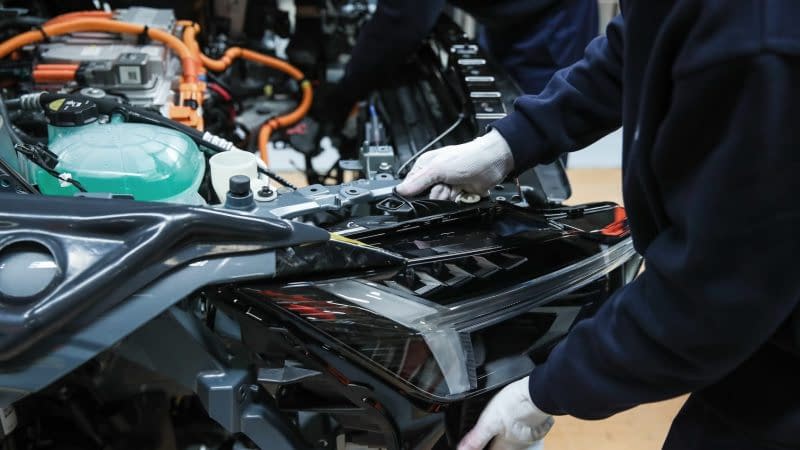 The Polestar 2 sits on Volvo’s Compact Modular Architecture, the one that also underpins the Volvo XC40 SUV and will soon spread to more Polestar and Volvo models that sit below those based on the larger SPA platform – like the Volvo S90 and V90. With Polestar’s positioning as the electric and performance brand within Volvo owner Geely’s stable, we hope that a sense of fun has been engineered into the Polestar 2 package. Even if the car’s slightly odd semi-lifted ride height suggests this might not be the case. 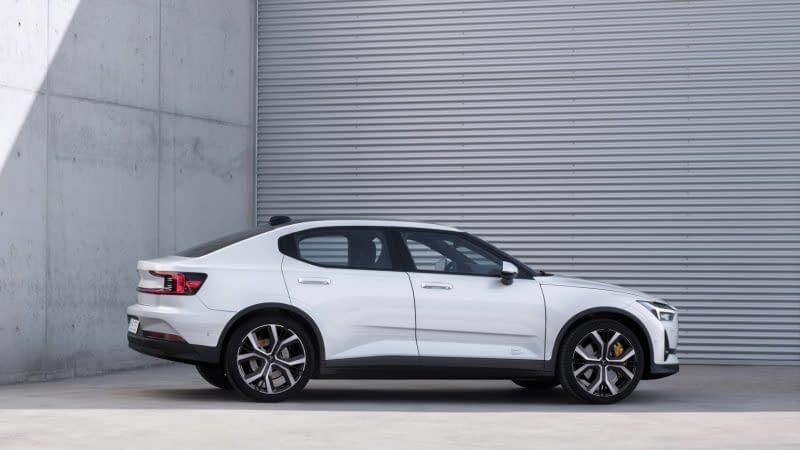 For those wanting the best in handling from their Polestar 2 the company will offer a set of chassis upgrades too. The Performance Pack that Polestar says improves driving dynamics consists of Öhlins dampers, Brembo brakes and unique 20-inch forged alloy wheels. Polestar’s signature gold seat belts, brake calipers and valve caps complete the performance visual upgrade. 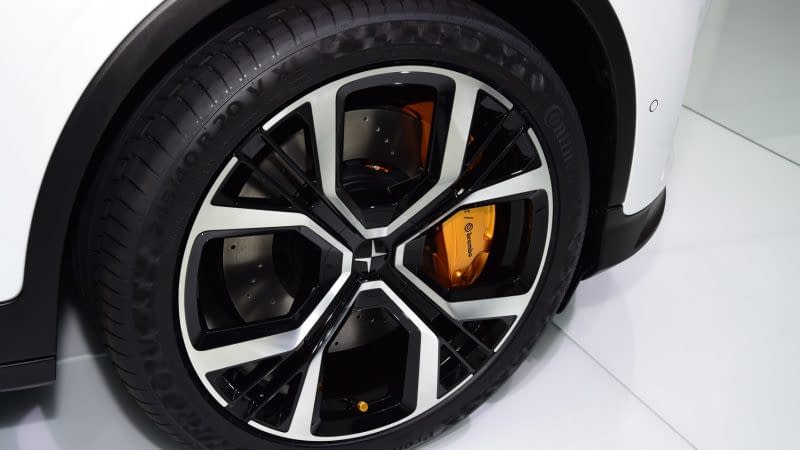 However, as well as majoring on performance this new Polestar 2 is also about design, user interface and technology, and on these fronts the manufacturer has not held back. We’ll let you assess whether the lifted ‘fastback’ profile works, but the crisp detailing, clever surfacing and use of simple graphics make the Tesla Model 3 look blobby and traditional compact executives like the BMW 3-series seem distinctly old-fashioned. 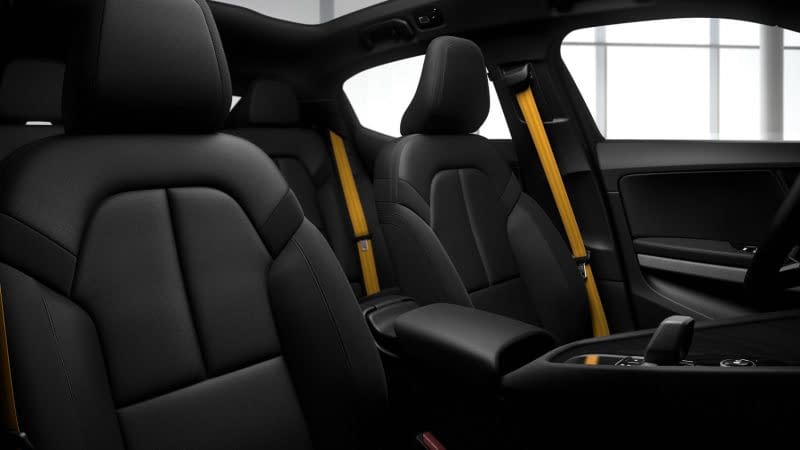 The interior has also been totally reimagined, with a sleek understated cabin dominated by a new 11-inch next-generation infotainment screen that now sits proud of the main dash. The design is not quite as minimalist as that inside the Model 3, but thanks to Volvo’s habitual innovation in ergonomic design, the Polestar is likely to be a step up in terms of quality and ease of use. The infotainment system is also the first to be developed by Google’s smartphone juggernaut Android, Polestar aiming to lean on its expertise in terms of  interface design. 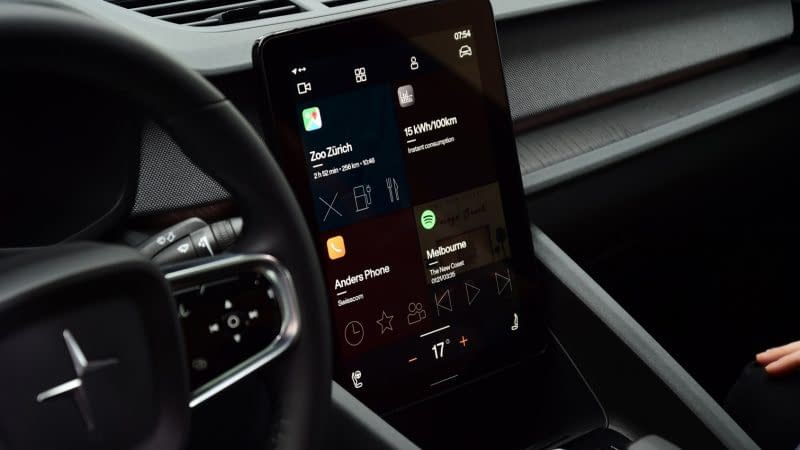 Polestar will launch with the First Edition model in these images, priced at £49,900, a generous amount more than the entry-level Polestar 2 variants that will follow on next year. The Performance Pack can be equipped for £5000 (AUD$10,000), adding 4-piston Brembo brakes (front), adjustable Ohlins dampers, 20″ forged wheels and gold details. Whether the headline-grabbing £40k (AUD$80,000) entry-level models will have the same battery and performance figures is still as yet unconfirmed. Production will begin early next year, with European deliveries beginning in June.