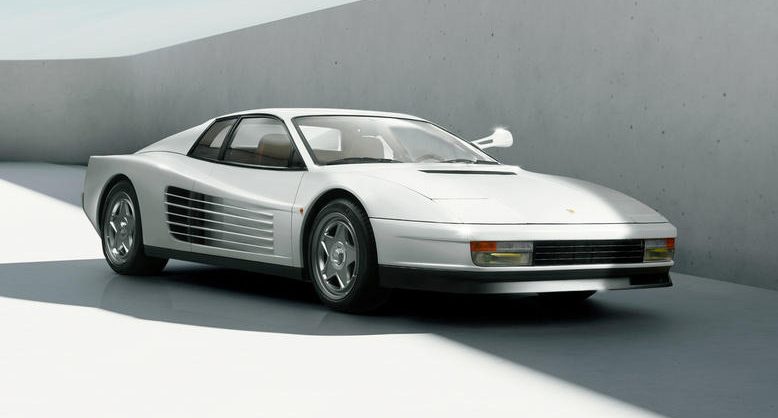 The firm says the restomod project, named ‘The Testarossa by Officine Fioravanti’ is equipped with bespoke equipment upgrades, including improvements to the chassis, aerodynamics and powertrain. A new titanium exhaust system has also been fitted, and anti-lock braking and traction control systems have been installed for enhanced stability. The restomod also benefits from electronically adjustable Ohlins shock absorbers and a front lift system capable of raising the nose by 70mm. Despite the additions, Fioravanti has also shaved some 130kg from the Testarossa’s kerb weight. Aerodynamics have also improved, as the model benefits from a completely flat bottom. “We carefully listened to the car’s needs and desires,” Officine Fioravanti said. “We patiently took care of every single aspect. Few minor details have been changed in terms of style, without compromising a timeless design but enriching its pureness.” Italian leather makes up the interior, with aluminium components replacing the Testarossa’s plastic equivalents, and a new audio system has been fitted with Apple CarPlay, a USB-C charging socket and a modern radio. Elsewhere inside the cockpit is an 80s-style mobile phone that connects to the car through Bluetooth, which can be used to make and receive calls.

The original, Pininfarina-penned silhouette remains largely untouched, however, with Fioravanti claiming there was “no reason to teach a maestro one more lesson”. The restomod was previously spotted during its track testing phase. Officine Fioravanti is yet to reveal purchase or pricing information, but the wraps are set to come off “in due course”.