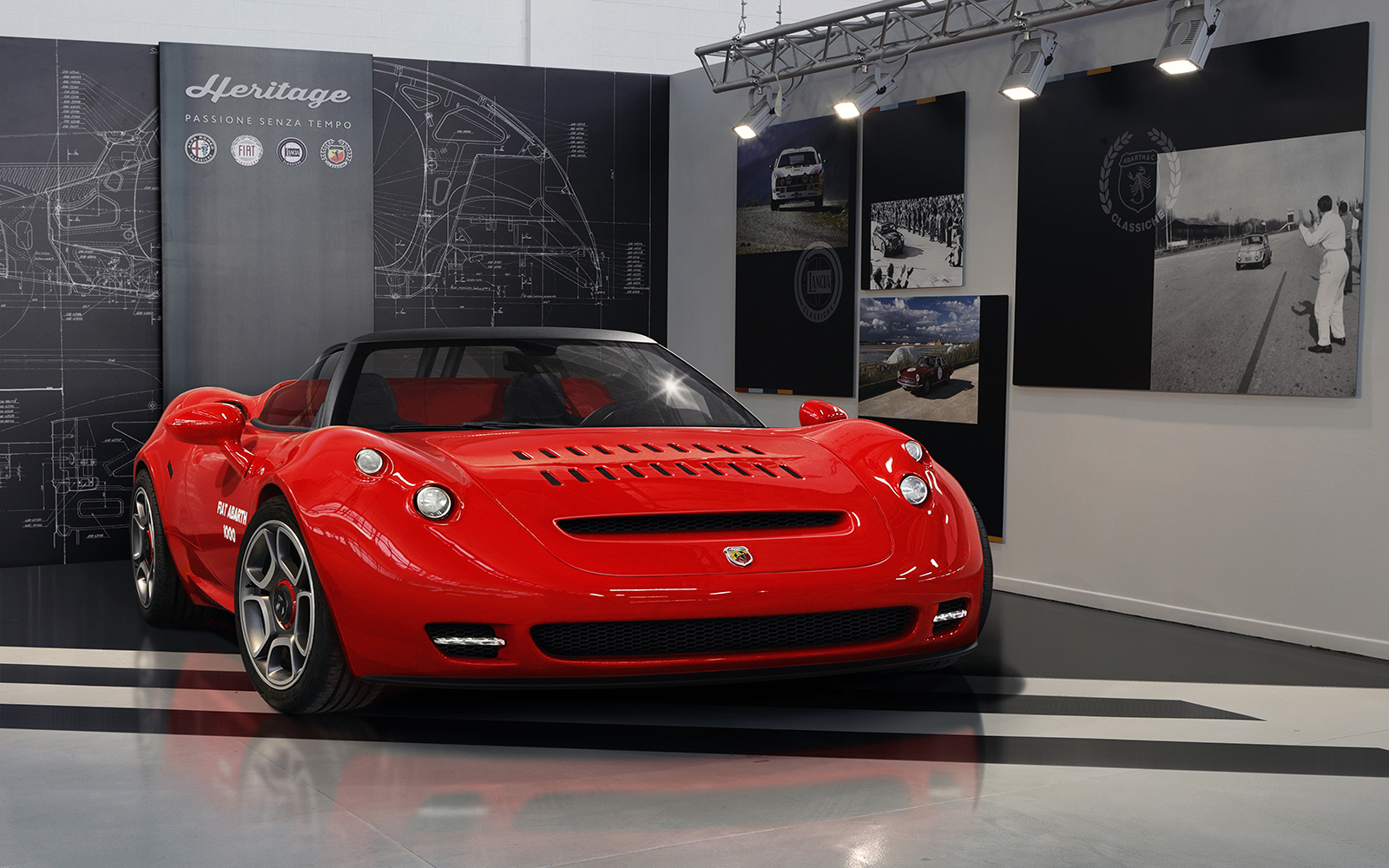 The Abarth 1000 SP (Sport Tributo) is a one-off homage to the car that made its debut 55 years ago, later winning the Nürburgring 500km in 1966. It was initially designed to compete in both endurance races and hillclimbs, and enjoyed success as in various motorsport disciplines.

The retro-styled concept takes the form of a mid-sized sports car, and is larger than the original, but features several nods to the original design. Lightness, agility and aerodynamic efficiency were key to the concept’s design, The car is constructed around a carbonfibre and aluminium chassis, featuring overlapping triangle suspension with MacPherson struts in the rear, and is powered by the same 179kW 1742cc turbocharged four-cylinder that featured in Alfa’s 4C sports car. “The Abarth 1000 SP echoes the lines and aesthetic characteristics of its forerunner,” Alfa Romeo said. “The sinuous body, with the soft surfaces of the fenders highlighting the position of the wheels, takes up the pattern of the spider with a central engine. “The cockpit glazing features shaped side deflectors, with their profile lowered towards the roll bar, the latter strictly “in view,” to highlight our being in the presence of a ‘no-holds-barred’ spider.”

It’s not known if the 1000 SP will be seen on a race track any time soon, but Alfa Romeo say it will appear at some undisclosed events focusing on vintage cars.