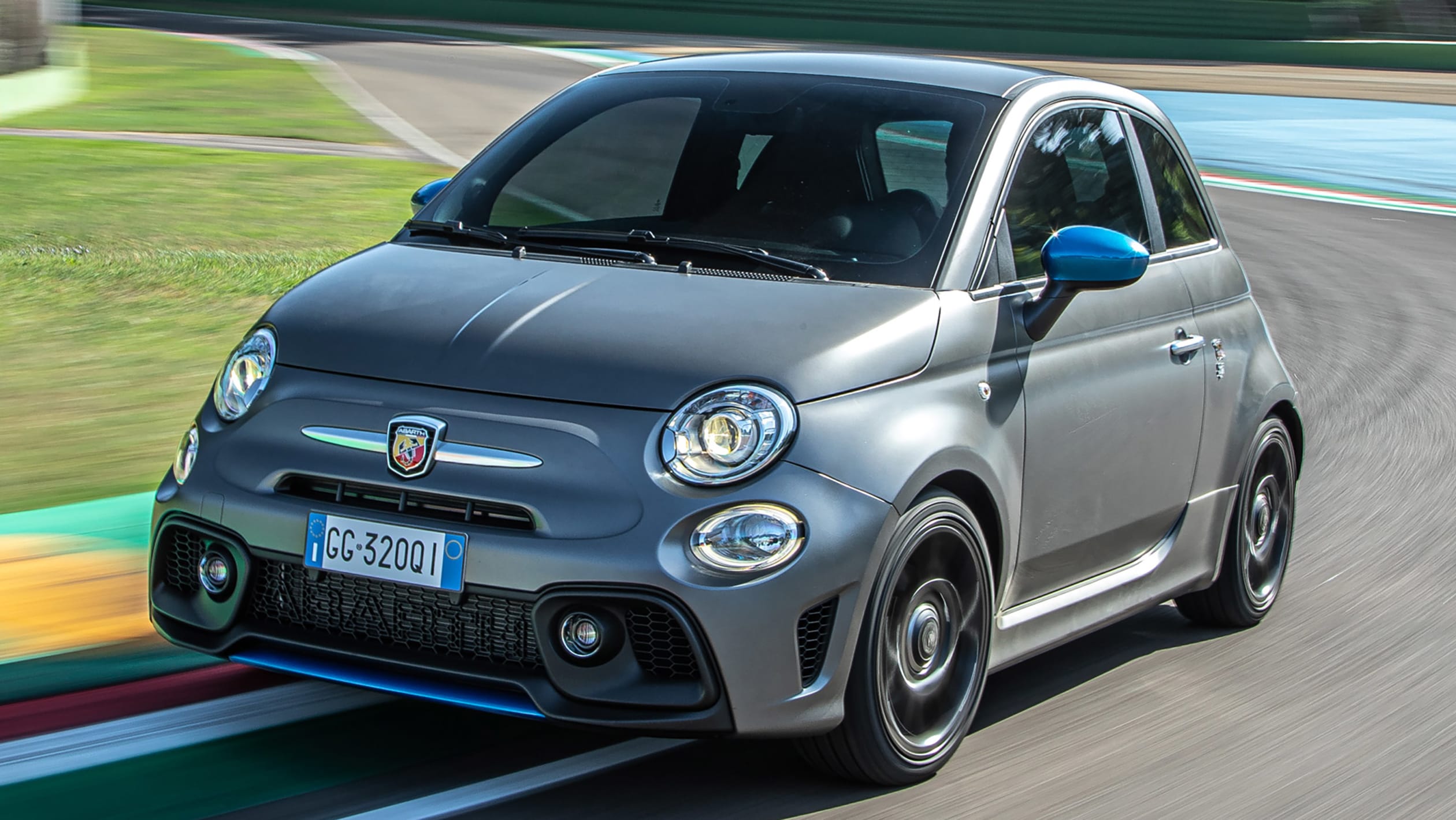 The Abarth F595 is the latest limited run version of the hot hatch, and it comes with unique design elements and a new exhaust system.

Abarth has launched a new limited run version of the 595, marking the 50th anniversary of the Carlo Abarth-designed Formula Italia race car – an affordable single-seater built to give young drivers a start in motorsport – and showcasing the brand’s present day link to Formula 4 racing. Outside, the F595 adds flashes of Rally Blue to the mirror caps, front splitter and rear bumper trim, but it’s the new Record Monza Sovrapposto exhaust that brings the biggest visual change.

The quad-tailpipe configuration is now vertically stacked, with an active valve controlled by a ‘Scorpion’ button on the dashboard. Elsewhere, the F595 gets bespoke badging, fog lamps and 17-inch wheels.

The interior is mostly unchanged, but the F595 does feature a new matte black dashboard panel, a black infotainment display surround and Abarth sports seats trimmed in leather. There’s also the option of a fold-away fabric roof, with the F595 Convertible.

Since 2014, Italian and German Formula 4 cars have used 1.4-litre turbocharged four-cylinder engines derived from the Abarth 500, and the new F595 uses the same unit in 122kW guise. It sends power through either a 5-speed manual gearbox or an automated manual controlled by shift paddles. A supercharged Garrett turbo ensures that peak torque of 230Nm can be delivered from just 2250rpm, and the F595 will go on to a top speed of 217kph.