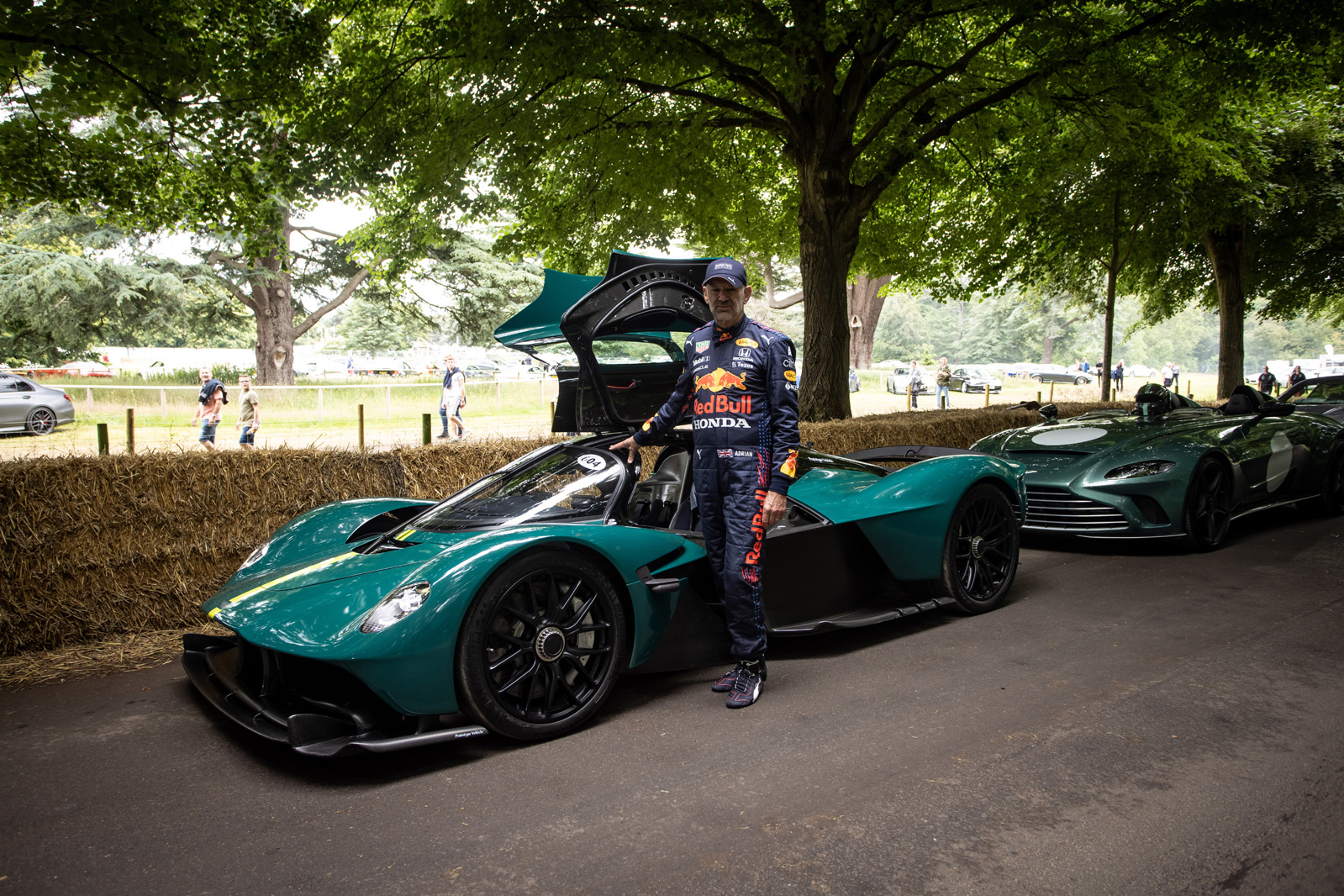 Automotive Daily’s exclusive partner Autocar had the chance to experience the Valkyrie at the Goodwood Festival of Speed from the passenger seat. Red Bull Racing’s Adrian Newey – the man behind the original idea and much of the execution – got to drive it on the Sunday. We spoke to him about the experience shortly afterwards.

“It’s still slightly raw,” he said, “there’s some development still to be done. The car at Goodwood didn’t have active suspension and there’s lots of mapping work still to be done. But I think when everything comes together it will be really special.”

Newey had previously driven the Valkyrie at Silverstone, but this was the first time he experienced it in a public arena. Although one where, by his own admission, “you’d have to be really brave to push.” What surprised him about it in nearly finished form? “The cabin noise is higher than we wanted, I have to be honest,” he admitted. Given the 11,400rpm-capable Cosworth V12 is mounted directly to the rear bulkhead, sound insulation was always going to be an issue. “I don’t think we’re unique in this. There will be at least one other high performance hypercar coming out with the requirement to either wear headphones or earpieces, whichever is your preference.”

Which sounds like a reference to the Gordon Murray Automotive T.50, and its even-revvier Cosworth V12.

“Luggage space is also smaller than I’d hoped, which is down to our inexperience of realising just how much paraphernalia is associated with modern road cars when it comes to emissions standards. The weight crept up a bit, too, but not too much.” But overall, Newey is proud of the car, and especially its usability, citing both its ability to manoeuvre under pure electric power and the good manners of its motorsport-style Dog-cut gearbox, this using the hybrid system’s electric motor to help damp unwanted frequencies.

“It’s a car that’s perhaps more targeted and focussed than other cars have been,” he said, “we didn’t do any benchmarking against potential competitor cars because we wanted to try and establish a new genre of car that was more track biased than other road cars have been, while still making it usable on the road. The analogy I always had in my mind was a modern superbike: incredible performance, you can take it to the shops but you really need to have your wits about you or it will bite you. When you really enjoy it is when you take it on track.” Newey’s decision to drive his stint while wearing full Red Bull Racing overalls also highlighted the impending divorce between the car’s creators. Now Aston Martin has its own Formula 1 team the alliance with Red Bull Advanced Technology is set to end; Aston has already confirmed it will now be developing the Valhalla, previously the AM-RB 003, by itself. News that hasn’t in any way diminished Newey’s previously stated aim to create other road cars.