Alfa Romeo certainly didn’t pull any punches when it launched the Stelvio.

When the covers were pulled off Turin’s first production SUV at the 2016 Los Angeles motor show, punters weren’t greeted by some family-friendly, humdrum diesel box on wheels. What they saw instead was the Stelvio Quadrifoglio, a 375kW monster that shared its underpinnings and Ferrari-derived twin-turbocharged V6 with the fantastic clover-leafed Giulia.

Sure, Alfa was gunning to get a (rather late) slice of the SUV pie, but it certainly wasn’t going to leave the enthusiasts behind in the process. In it’s first road tests it may not have collected the full five-star result, but it was marked out as one of the best – if not the best – driver’s SUVs money could buy. Now Alfa has treated the Stelvio Quadrifoglio to a light refresh so as to send it into the remainder of 2020 with a few additional tricks up its sleeve. As with the updated Giulia Quadrifoglio, the Stelvio gets a new 8.8-inch touchscreen infotainment system, a raft of advanced driver assistance systems and a modest improvement in material quality inside the cabin. The rear light clusters now have darkened covers, while an Akrapovič exhaust with carbonfibre finishers is available as an option. That said, our test car went without, which was a bit of a shame. Now, it’s worth pointing out that the chassis and engine haven’t been changed, but that’s not exactly bad news. The Stelvio sits on Alfa’s excellent Giorgio architecture, suspended by double wishbones at the front and multiple links at the rear, with adaptive dampers at each corner. The 2.9-litre V6 continues to put out 375kW and 600Nm, which under normal driving conditions is sent to the rear wheels. If these begin to slip, Alfa’s Q4 four-wheel-drive system can shunt as much as 50% of the drive forwards. 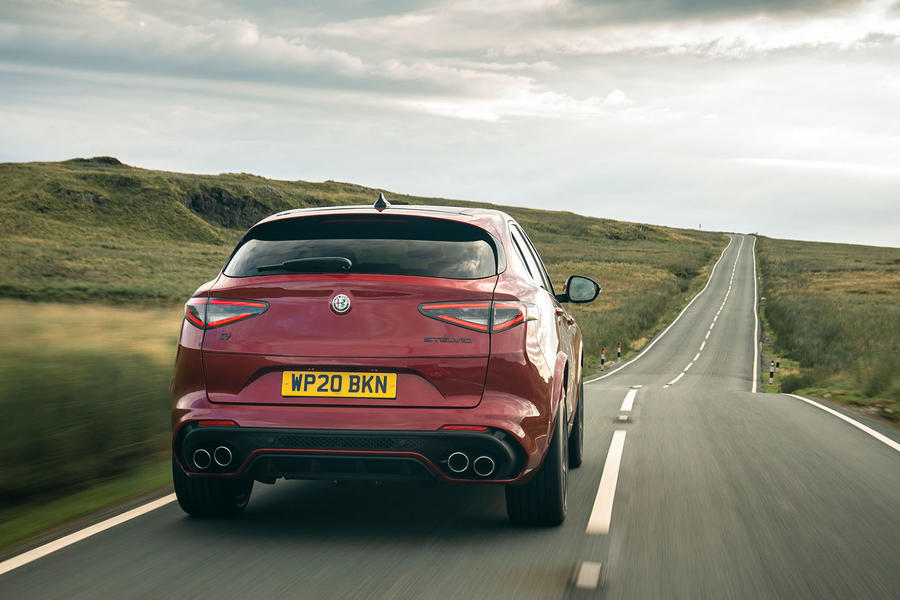 There are essentially two key reasons why the Stelvio Quadrifoglio didn’t score higher than four stars when we road-tested it last year. The first was an interior that didn’t quite live up to the expectations that a circa-$150,000 price tag inevitably brings. Practicality was good and it was pretty sound ergonomically; you sat in a suitably recumbent driving position compared with in other sporting SUV’s. But many of the fittings and fixtures left a little to be desired in terms of perceived quality: plastic was used just a bit too liberally. The second issue was its usability. Alfa certainly wasn’t messing around with the Stelvio’s set-up, and its engineers absolutely nailed the brief in terms of creating a bona fide driving machine. For all intents and purposes, the Stelvio Quadrifoglio was the most exciting and engaging performance SUV on sale. But that focus came at a price: as thrilling as it undoubtedly was, its usability as an actual family SUV was compromised by a demeanour that was just a bit too unyielding and hardcore during regular daily driving.  This updated Stelvio Quadrifoglio addresses one of those concerns without entirely resolving it. The cabin is now a slightly more luxurious place to spend time, but to say the differences are night-and-day would be stretching the truth. As with the updated Giulia Quadrifoglio, the most recognisable change involves the centre console. Where there was previously a good deal of dull plastic surrounding the gear selector and other various rotary controls housed here, there’s now carbonfibre. Regardless of whether expansive carbonfibre is to your tastes or not, everything looks far more cleanly integrated than before. The addition of a new touchscreen is welcome too, although it remains off the pace in terms of its responsiveness and graphical sophistication. The Stelvio Quadrifoglio still isn’t quite up there with the likes of the Porsche Macan then, but the gap is certainly closer than it was previously.

Otherwise, the Stelvio Quadrifoglio experience remains as it was before, which is to say that there’s huge scope for driving thrills when the mood takes you. From its willingness to change direction at the drop of a hat to its stout body control, obvious rear-drive bias and enormous straight-line performance, it still feels like a sports car trapped in an SUV bodyshell, even when driven at relatively sociable speeds. But for all of the excitement it can throw your way when you’re really in the mood, it remains a pretty uncompromising machine to simply run about in. Compared with the Giulia Quadrifoglio, it’s far stiffer and more animated when rolling over lumpen stretches of road, even with the dampers in their softest setting. In fact, it seems to spark and bristle beneath you regardless of the surface you’re driving on; it still feels a bit too tetchy and lively on the motorway to really be considered comfortable. 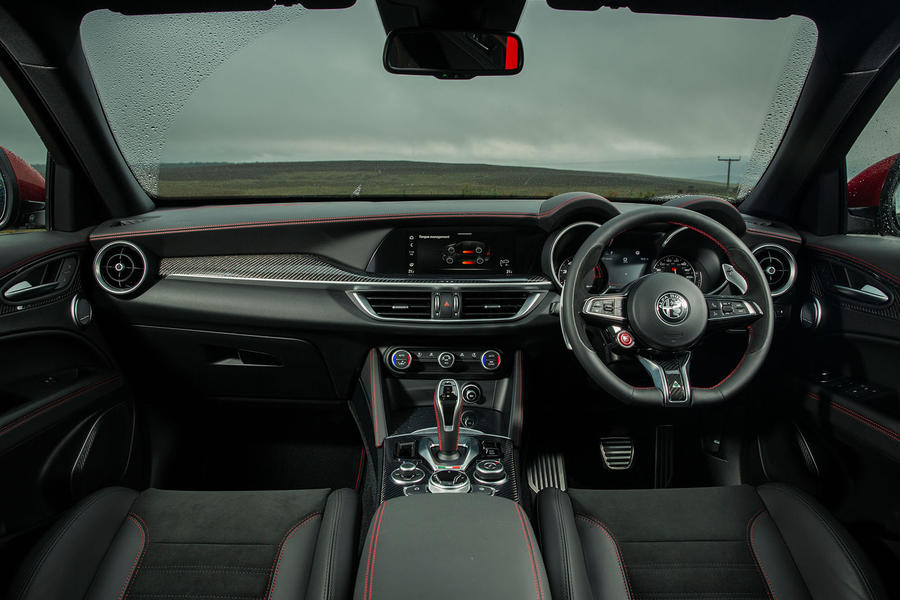 As a driver’s SUV, the Stelvio Quadrifoglio is as remarkable now as it ever was. But at the same time, the level of commitment required to even consider running one as a daily family runabout remains as high as ever. Arguably more than any car, an SUV should be capable of providing some level of comfort and refinement in those instances where it’s raining or dark or when you’re simply running to the shops and don’t want to be constantly informed of what’s going on in every little crack in the road its wheels run over.

But be that as it may, it’s still impossible to dislike the hottest Stelvio. For better or worse, Alfa is far more singular and uncompromising in its approach to building a performance SUV than any other manufacturer out there. 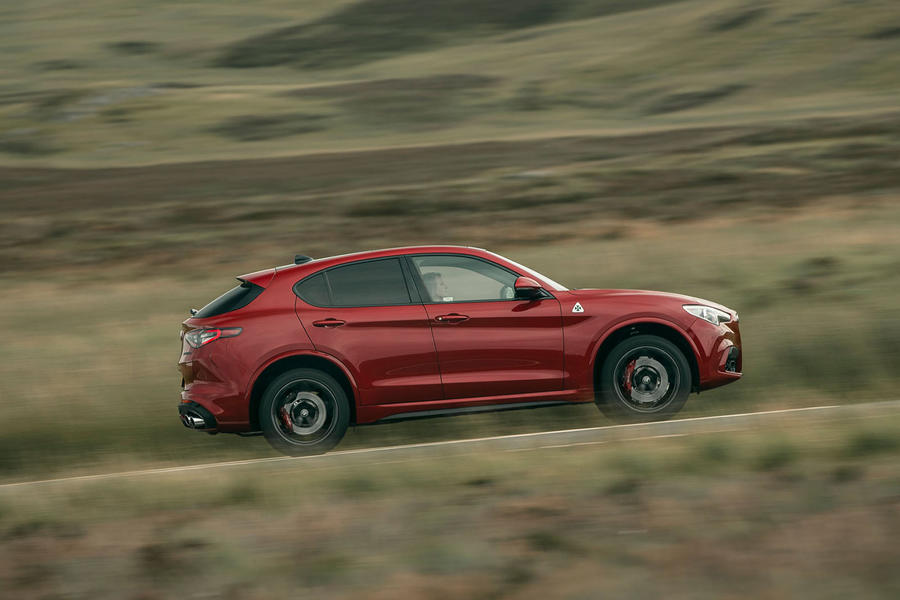