The third-generation Nissan Qashqai marks a radical departure in all measures from its strong-selling predecessors, ushering in a new platform, a bold new look and hybrid-only powertrains.

The new Qashqai sits atop an updated version of the Renault-Nissan-Mitsubishi Alliance’s CMF-C platform and has been completely redesigned with a “more purposeful” stance and “athletic and dynamic” styling cues. The front end is dominated by Nissan’s new V-Motion chrome grille surround, while the headlights – now LED matrix items – have been slimmed down and given a new ‘boomerang’ shape.

Increases in length and width of 35mm and 32mm respectively help the new Qashqai to appear longer and lower than its predecessor, while new optional 20in alloy wheels mark a push upmarket for higher-spec variants. Designer Matt Weaver said the shift to electrified-only powertrains influenced the new Qashqai’s styling because it necessitated a heightened focus on aerodynamics, highlighting the front-end’s vertical air channels and the car’s slightly tapered shape as a key differentiator over the previous, non-electrified car. The body shell is lighter, too, with new composite and aluminium panels contributing to an overall 60kg body-in-white weight loss. New welding and stamping techniques have improved overall stiffness by 41%, improving refinement, safety and responsiveness. The revised CMF-C platform incorporates a new Macpherson strut suspension set-up at both ends. The two-wheel-drive car is equipped with a beam axle at the rear, while the four-wheel-drive variant adopts a more advanced multi-link set-up. The Qashqai also receives a more responsive power steering set-up, which, Nissan says, will “continue to offer a rewarding driving experience”, and also “be enjoyable when the road turns twisty”. The interior has been subject to equally substantial revisions in line with Nissan’s aim to set “a new segment standard for premium feel, distinctive design and enhanced usability”, with an emphasis on advanced infotainment and safety technology. A new 9.0-inch high-definition multimedia touchscreen replaces the outgoing car’s 7.0-inch unit, while a 10.8-inch head-up display is said to be the largest in its segment. Google Assistant and Amazon Alexa bring voice control functionality, and the NissanConnect smartphone app allows remote control of certain functions including the horn, lights and central locking. Forward visibility has been improved with repositioned door mirrors, thinner A-pillars and a wider windscreen opening angle. In the rear there’s an additional 28mm of knee room for passengers, thanks largely in part to an increase in wheelbase. The rear doors now open to 85deg for easier ingress and egress and improved access to children in the back seats. Boot capacity is also up, by 50 litres over that of the current model, courtesy of a revised rear suspension layout which allows for a lower cargo floor.

The Qashqai will be available with a choice of two electrified petrol powertrains, the more conventional of which pairs a 1.3-litre turbocharged petrol engine with a 12V mild hybrid system for boosts to performance and efficiency. Chosen to offer greater affordability over a 48V system, the 12V set-up recovers energy under deceleration to power on-board systems when the engine is stopped and provide a small torque boost when accelerating. 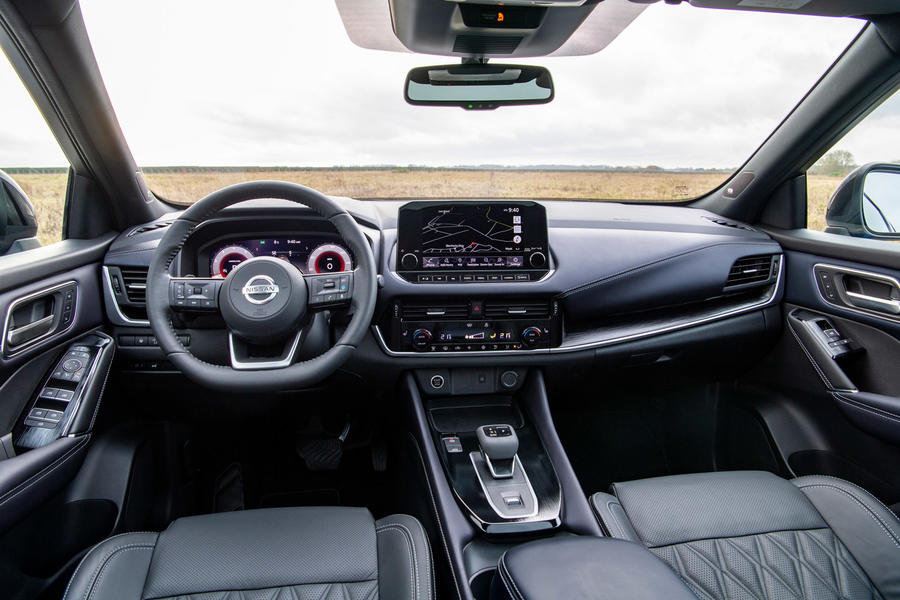 The petrol unit can be specified with 101kW or 115kW and paired to either a six-speed manual gearbox or, on the more powerful car, a new Xtronic CVT. The 115kW engine makes 270Nm and is optionally available with four-wheel drive, which offers Standard, Eco, Sport, Snow and Off-road drive modes.

New to Nissan’s European line-up and making its debut on the Qashqai is the unconventional ePower powertrain, which is described as “a unique approach to electrification” that can make “everyday driving exciting”. Like a traditional full hybrid, the 188bhp ePower drivetrain mates a 1.5-litre petrol engine to a 145kW electric motor for ‘self-charging’ functionality, but differs in that the petrol engine is unconnected to the driven wheels and is instead used exclusively to power the electric motor. Nissan says this innovative set-up offers enhanced fuel economy and lower emissions while allowing the characteristic instant torque and quick acceleration of a pure electric car. The Qashqai ePower follows the all-electric Leaf in gaining an ‘e-Pedal’ which can be used for both acceleration and deceleration, and can drive for limited distances (less than three kilometres) with the engine off.

The Qashqai is expected to arrive in Australian dealerships in the second half of 2021. It will likely command a slight premium over the current car, which is priced from $28,290. 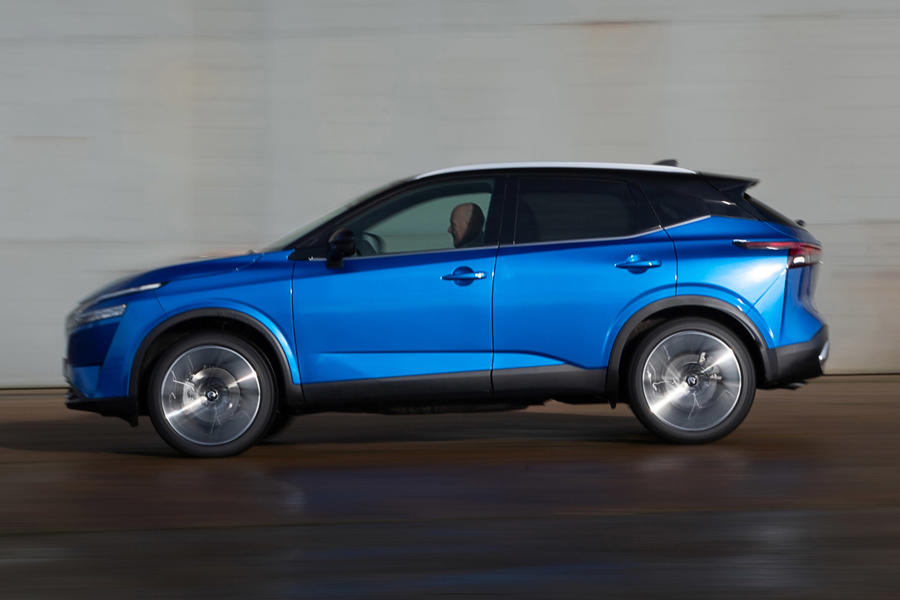 How do you go about reinventing such a popular car?

“In a way it’s an advantage because three million customers across Europe offer quite a lot of feedback to us. So we knew there were certain anchor points we wanted to use in the design from a DNA perspective, then we listened to what the customers liked from the previous generation so we could incorporate that.”

Do you have a favourite aspect?

“I really like the sharp single line that runs from front to rear, and we’ve invented a new wheelarch layout. It’s quite unusual, because the widest point is at the front and then it goes in, so it gives the car a very wide front aspect. We’re trying to move surfacing along, because the Qashqai is very similar proportionally. We want to keep it recognisable to the customer.”

How do you balance attracting conquest custom with retaining current owners?

“That’s something where Nissan is in a sweet spot. The car is completely fresh; conquest customers will be attracted to it because it stands on a solid foundation of practicality and usability, yet the car has moved on so much that people will see it and think: “This is talking to me, I can see the technology and electrification on board.”

The first Qashqai had it easy as a segment pioneer; this car won’t. How do you keep standing out?

“This styling moves the game on a lot; I don’t think you’ll see any of these cues on competitors, so I’m confident it will lead in that area. And we’ve done a lot for precision and embedded technology.”