We’ve been waiting to see how Lotus would transform its line-up under its new Chinese owner – and here’s the first example of the brand’s new vision: the Lotus Emira.

The all-new mid-engined model will mix Lotus’s traditional lightweight approach with cutting-edge tech when it reaches customers next spring. It uses the brand’s fresh Sports Car Architecture – a further evolution of the bonded aluminium chassis structure that made its debut on the original Elise, but with different dimensions, so it will weigh from as little as 1,405kg. And it will be offered with four- and six-cylinder power.

The looks of the new model, created by Lotus’s chief designer Russell Carr, mix cues from the all-electric Evija hypercar with nods to previous models. The Emira is 4,412mm long and 1,895mm wide – around 20mm longer and 10mm wider than the Evora. At the front, vertical LED headlights sit at either side of a bonnet that incorporates exit vents to help channel airflow over the car. 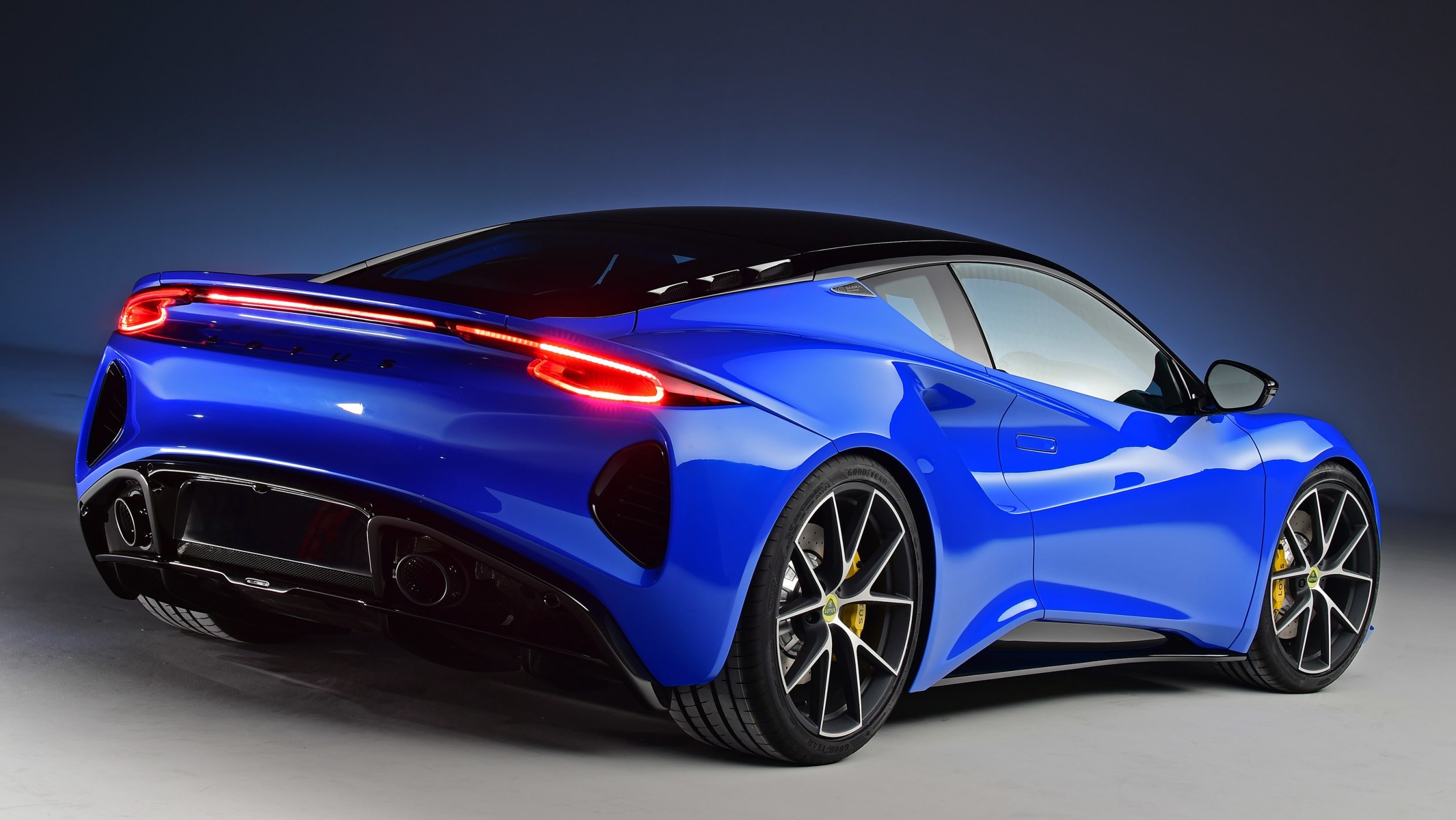 The rear brings elements from the Evija – in particular, the deep scallops in the bumper – along with an integrated spoiler that harks back to the first Elise. On the whole, the car has a complex, aggressive stance, delivering on the traditional Lotus approach of “functional aesthetics”.

There will be a choice of two engines. The more potent unit is a familiar one – the 3.5-litre supercharged V6 from Toyota that was previously used in the Evora and Exige. This will form the basis of the ‘First Edition’ models that will lead the car’s launch; Lotus dealers are taking deposits now, and first deliveries should arrive in spring 2022. By summer of next year the car will also be offered with a four-cylinder turbocharged Mercedes-AMG motor. Codenamed M139, this is the most powerful production engine of its type, producing as much as 310kW in the A 45 S AMG hot hatch, although it will get a new air intake and a bespoke exhaust in this sports car. AMG has been confirmed as a full technical partner in the project.

Lotus hasn’t issued specific outputs yet, but it says the Emira will offer between 265kW and 295kW. The V6 is likely to be the more potent of the engines at launch, but given tightening emissions rules in key markets, its life is likely to be shorter than the Emira’s overall. Lotus could then ramp up the power of the M139 for faster four-cylinder versions of the car in due course. 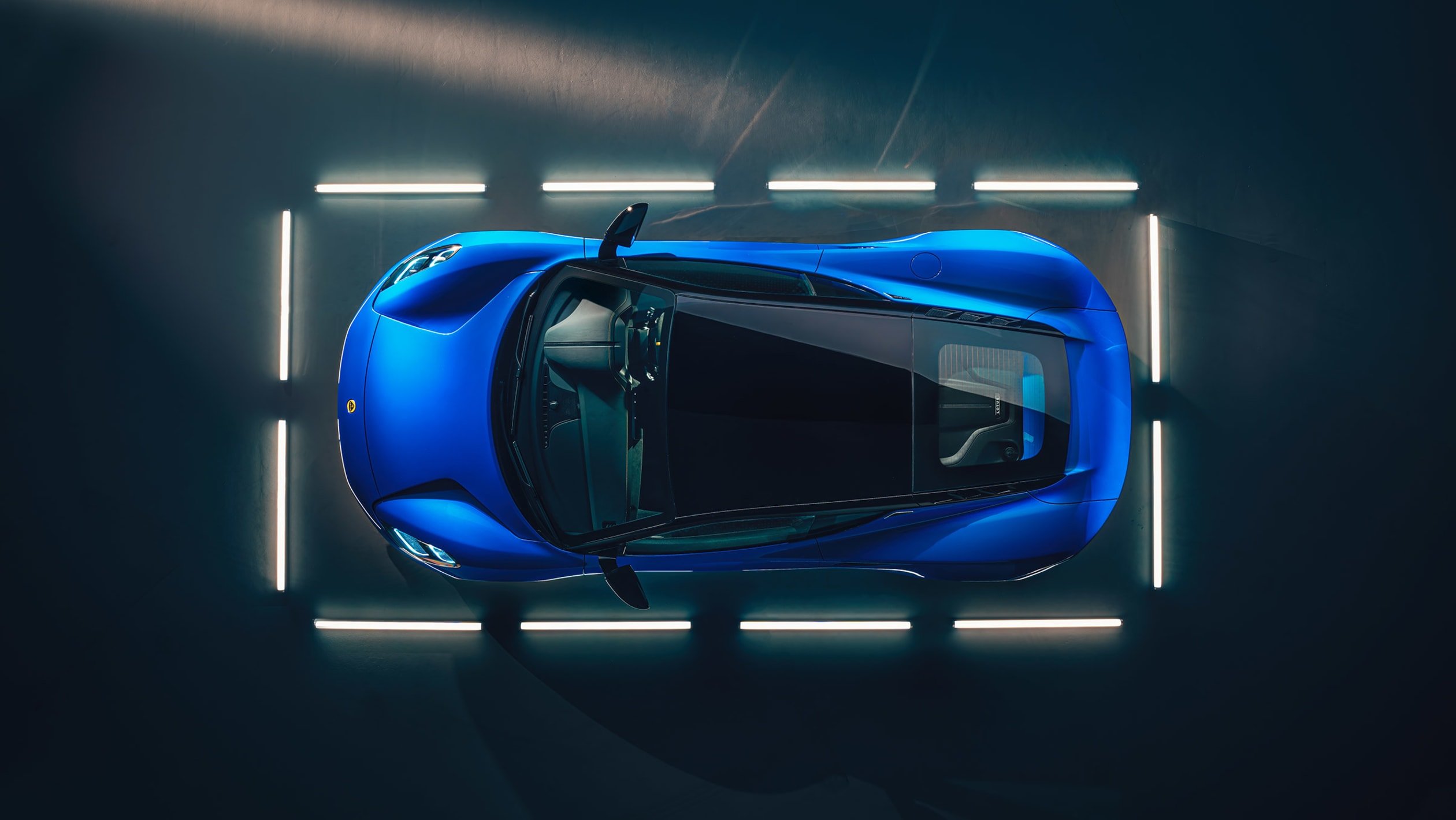 The Emira will be rear-wheel drive only and offered with a choice of manual and automatic gearboxes on the V6, and a dual-clutch auto only on the 2.0-litre model. The car will hit 100km/h in less than four seconds and reach up to 290km/h, while its CO2 emissions will start at less than 180g/km.

There will be two chassis and suspension configurations. Tour is claimed to deliver typical Lotus dynamics while introducing greater comfort, while Sports brings a stiffer suspension set-up for better on-track capability. The power steering is a hydraulic system, designed to offer better feedback. 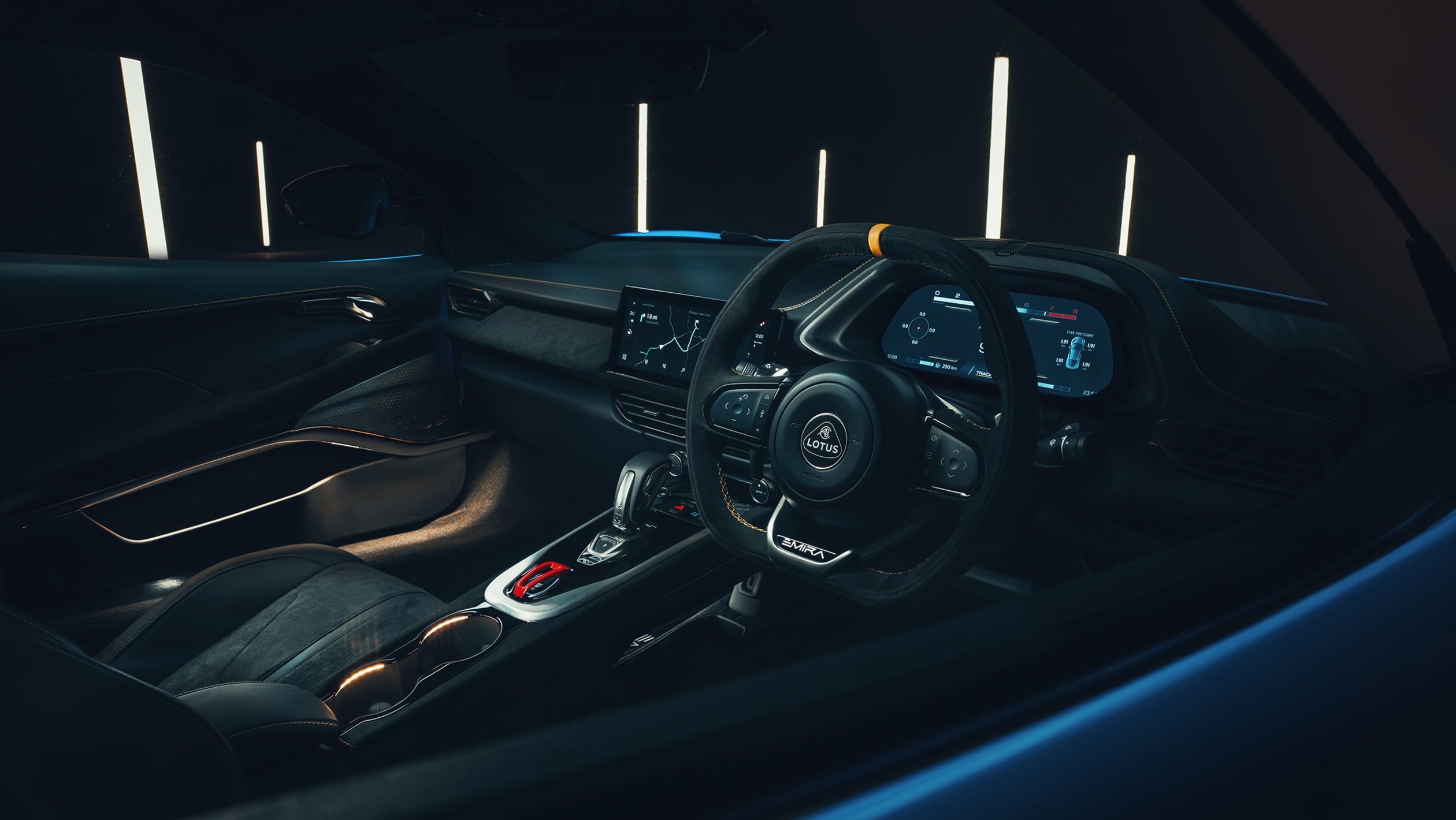 The car’s interior marks even more of a change for Lotus – and it’s arguably here where owner Geely’s more lofty ambitions for the brand become evident. The driver-focused dashboard features a 12.3-inch digital instrument panel, and a 10.25-inch central touchscreen infotainment system that incorporates Android and Apple integration. There’s also a flat-bottomed steering wheel and extensive use of double stitching, including across the top of the fascia. The use of common Geely switchgear in the Emira appears minimal.

The cabin packaging is said to offer more space than in previous Lotus models, better able to accommodate both short and tall occupants. There’s significantly better storage too, with door bins that can hold half-litre bottles, a pair of cup-holders with a smartphone storage slot between them, a trinket tray, an armrest between the seats, and USB and 12V charging ports. There are 208 litres of luggage space behind the two seats, and a further 151 litres in the boot behind the engine; Lotus says the second of these load bays can hold an aircraft cabin-compatible bag or a set of golf clubs. 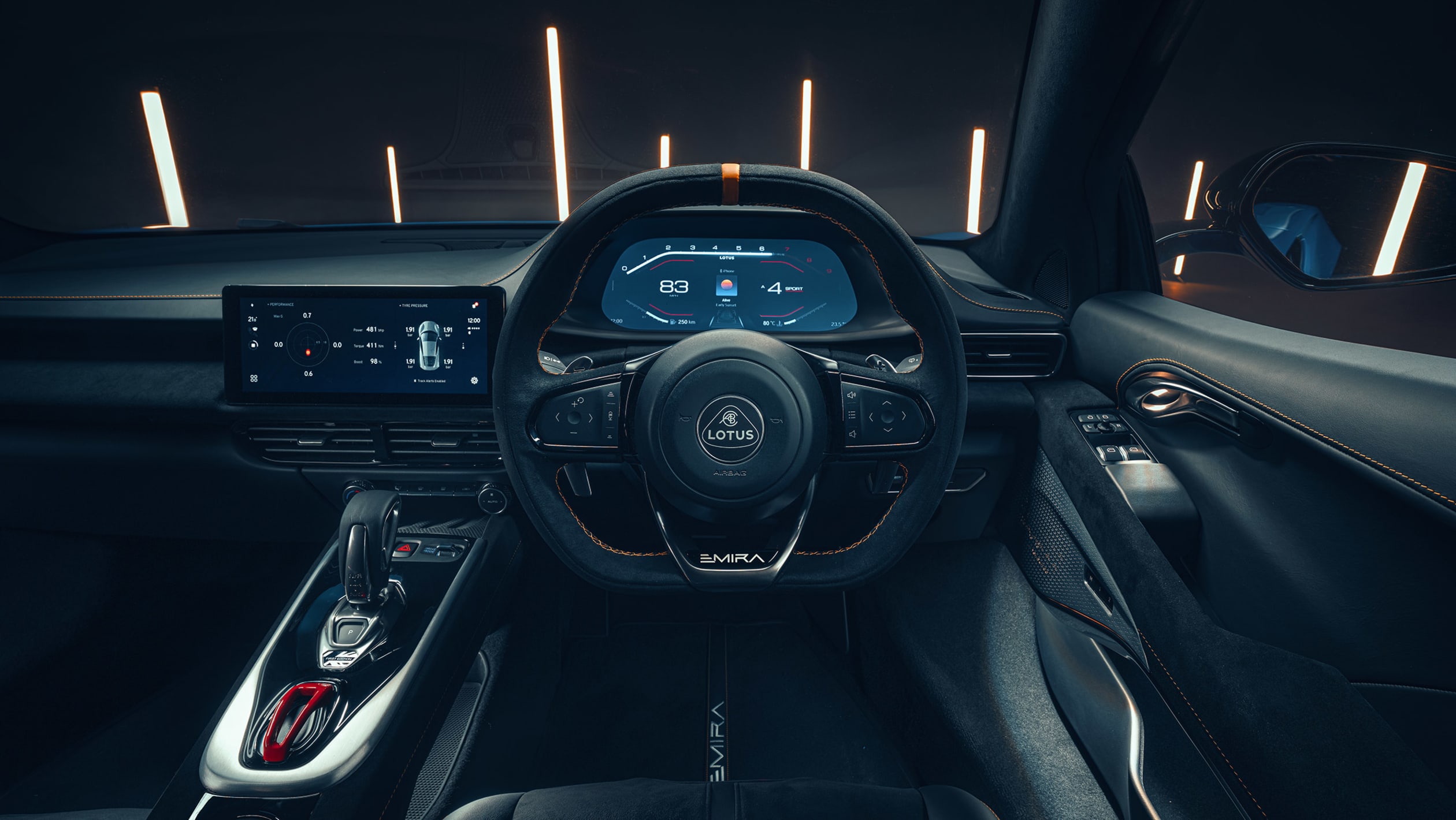 Matt Windle, Lotus’s recently appointed managing director, called the Emira “the most accomplished Lotus road car ever”. It will be built at the established facility, which has been going through an extensive refit as part of a AUD$185 million investment. “The Emira is a junior supercar with all the thrills found in the greatest Lotus cars, but at the same time it’s an everyday sports car that’s high on comfort and functionality,” Windle said.

Lotus appears keen to position the Emira at a slightly lower price point than that previously occupied by the Evora; it says the new arrival will be priced from less than AUD$120,000. That means it should slot into the gap between Porsche’s four-cylinder Cayman S and the entry-level 911 Carrera.