All-new Mercedes-Benz T-Class to launch in 2022 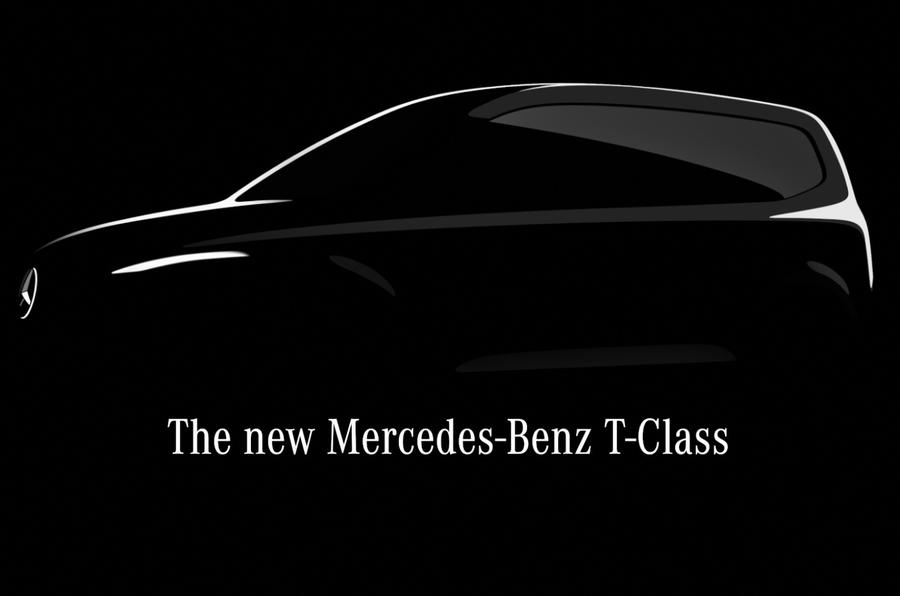 Replacement for Vaneo to be based on second-generation Citav van and developed alongside Renault Kangoo.

Mercedes-Benz is developing a new small van-based T-Class MPV,  which will include an all-electric variant, in partnership with the Renault-Nissan-Mitsubishi Alliance.

Set to go on sale in the first half of 2022, the new machine will sit underneath the V-Class, and will be developed alongside the second-generation Citan commercial van. The current Citan, which was launched in 2012, is heavily based on the Renault Kangoo, and the new T-Class will effectively replace the Citan Tourer passenger derivative.

Mercedes has released a single teaser sketch of the outline of the new T-Class, the spiritual successor to the short-lived Vaneo MPV the firm produced between 2002 and 2005. Marcus Breitschwerst, the head of the firm’s Vans division, said the new machine was designed for “families and those with active pastimes”.

While it will be developed with the help of the Alliance, Mercedes said that the T-Class will feature “unmistakably typical characteristics” of the firm’s models. It will be designed for a range of uses, including passenger transportation as part of “sharing services”, with sliding doors on both sides.

Mercedes-Benz has yet to detail specific powertrains, but said that a fully electric version would be offered alongside combustion engined versions. The EV version of the current Kangoo features a 44kW electric motor offering a range of around 160km.

The current Citan is produced at a Renault commercial vehicle factory in France. It is likely, although unconfirmed, that this arrangement will continue with the T-Class and next-generation Citan when they enter production in 2022.