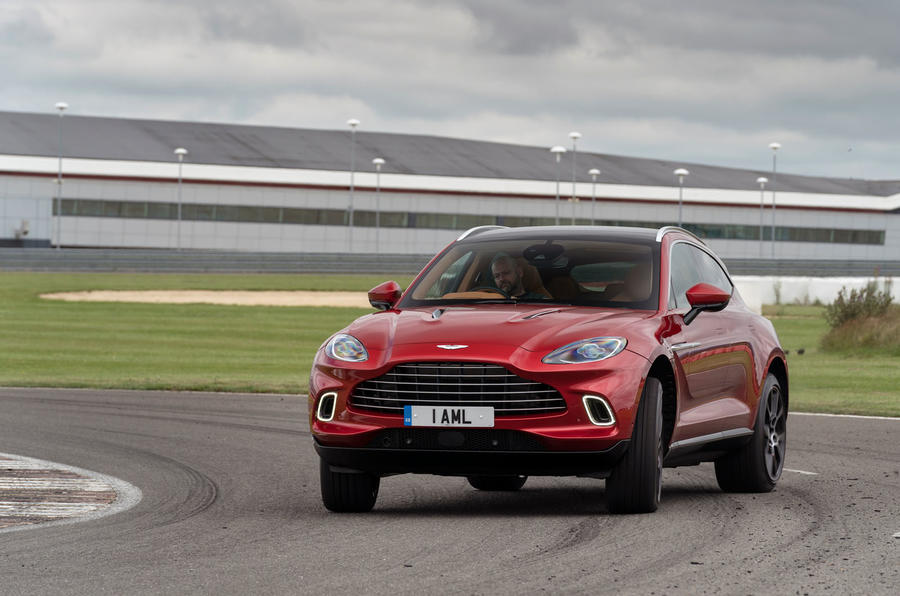 The new DBX continues to bolster Aston Martin’s financial health as it enters the final quarter of 2021, with the SUV accounting for more than 50% of its core sales so far this year.

Since January, Aston has sold 4250 cars worldwide, of which 2186 were DBXs. That’s despite restricted production capacity at the firm’s new St Athan factory during the ramp up to full-scale output.

The brand is well underway with its ‘Project Horizon’ transformation strategy, just over a year since ex-AMG boss Tobias Moers took over as CEO, and it has almost tripled its year-to-date revenues compared to this time in 2020, which currently run at AUD$1.352 billion.

But the short-term impact of the transformation plan is a dramatic increase in debt repayments in the third quarter, which rose from AUD$145 million to AUD$244 million year-on-year as Aston pays back the interest on a substantial AYD$2.02 billion loan it took out last October.

That’s partly why its pre-tax loss last quarter climbed from 2020’s AUD$148 million to AUD$180 million. The Financial Times quotes Aston’s finance boss Ken Gregor as saying the costs are “higher than we would have wished”, and that the firm will bear the brunt of these interest repayments until “probably 2023”.

However, operating losses were reduced significantly from AUD$128 million in Q3 2020 to AUD$55 million, which Aston said is “despite increased investment in brand and marketing activities, particularly in Q3, higher D&A and non-repeat of 2020 AUD$24 million furlough credit”.

A strengthened brand positioning, Aston said, is supporting higher pricing and improved residuals, in part because the firm has just launched a new-look configurator which has tripled the amount of leads to dealerships, is recording spikes in website traffic during Formula 1 races and features prominently in the latest James Bond film, which was released in October.

In addition, a new paint shop facility at Aston Martin’s St Athan plant has delivered “efficiency and quality improvements”, and Aston is striving to “mitigate disruption” caused by the ongoing supply chain difficulties which are blighting the industry, though it has not detailed the specific impact of the semiconductor shortage.

With its financial status taken into account, Aston Martin has reiterated its ambition to achieve 10,000 annual sales by 2024/2025, which would net around AUD$3.67 billion in revenue and AUD$918 million in pre-tax earnings.

It estimates it will finish 2021 with 6000 sales, with an earnings margin of around 14% taking into account the AUD$27.55 million impact of Aston’s legal proceedings against Nebula Project AG, a Swiss car dealership alleged to have withheld customer deposits for the Valkyrie hypercar.

As it detailed its financial status, Aston revealed that the first customer-bound Valkyrie hypercar has been completed ahead of deliveries beginning in Q4, and that the drop-top Valkyrie Spider is “now two times oversubscribed”.

It has also reported a “strong response” to the new Valhalla supercar, which was revealed in prototype form in summer, and confirmed that a second derivative of the big-selling DBX will be launched in the first half of 2022.

As reported earlier this year, Aston Martin will launch electrified versions of all models from 2025/2026, on its way to having electrified cars accounting for 90% of its global sales by 2030. It is widely anticipated that the new DBX variant will be a mild hybrid, while an all-electric SUV and sports car will be built in the UK from 2025.

In the first quarter of 2022, Aston will publish further details of its sustainability strategy, pledging to “reduce carbon emissions, increase diversity and engage communities”.

Moers highlighted the shift to a “demand-led, ultra-luxury operating model” as a factor in the brand’s relative financial health and said the brand has taken orders for cars stretching into 2022.

He added: “Our excellent progress on ‘Project Horizon’ as we drive efficiency and agility throughout our business is delivering results with further operational milestones of consolidating our paint shops and restructuring our St  Athan operations completed during the quarter.

“We continue to strengthen our operational teams, with a triple-digit number of new engineers joining the company over the last year as we focus on developing our future portfolio of compelling products on our journey  from combustion to hybrid to electric.”