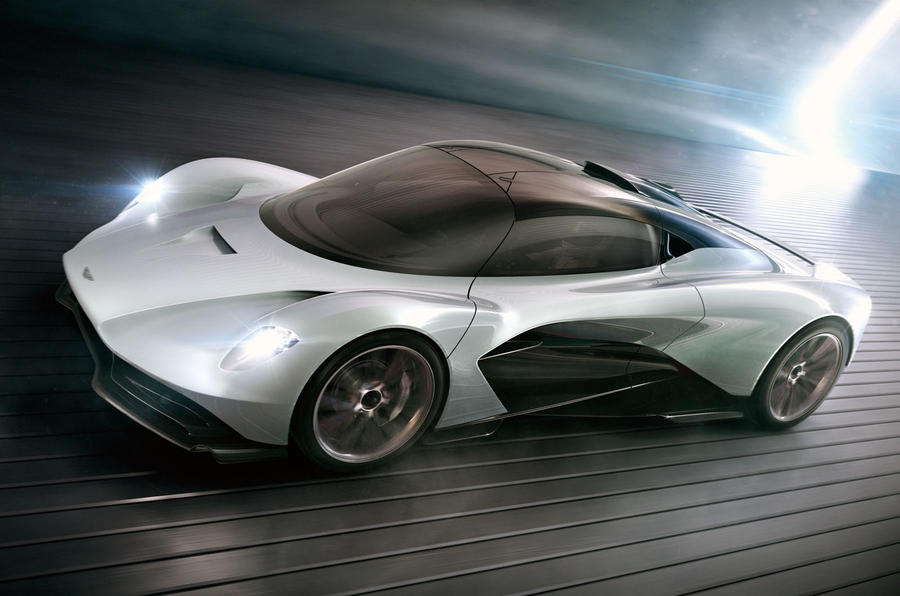 Aston Martin is “not in a rush” to decide which powertrain components it will take from stakeholder Mercedes-Benz, according to CEO Tobias Moers.

As part of a new technical partnership between the two brands, stemming from Mercedes’ 20% stake in the British firm, Aston has access to a range of combustion, hybrid and electric powertrains for use in its own vehicles.

But speaking to investors following the reveal of Aston’s 2020 financial results, Moers said a final decision has not been taken on which of the German company’s platforms and drive units it will use. He did, however, add that “everything is a reasonable cost situation”, suggesting nothing is off limits.

The Valhalla mid-engined supercar remains on the cards for a launch in the second half of 2023, but Moers said the company is “re-assessing” the model, and it will now “probably have a different drivetrain” to the concept.

The Mercedes partnership presents new options for the Ferrari SF90 rival, so it will now likely go without its Aston-developed hybrid V6. A new version of the concept will be shown to buyers within the next four months, Moers said.

He did confirm that a plug-in hybrid model with a “reasonable electric range” is in the works, and that a DBX PHEV will arrive by 2024. An additional two upcoming derivatives of the new SUV are also inbound, one of which will arrive in Q3 2021 and the other in Q2 2022.

A plug-in hybrid version of the DBX would likely use a variation of the high-output electrified powertrain from Mercedes-AMG’s new 63e- and 73e-badged models.

The new GT63e four-door coupé and S63e will bolster the reserves of their twin-turbocharged 4.0-litre V8 – also used in the standard DBX – with a 134bhp electric motor for a combined output of 520kW – which represents a 118kW boost over the non-electrified DBX and fits with Moers’ affirmation that any Mercedes components must “be an excellent fit” with Aston’s performance values.

If that powertrain is carried over to the DBX, it paves the way for a top-rung PHEV variant with around 596kW, courtesy of an uprated 150kW electric motor as used by AMG’s GT73e and S73e models.

By 2030, Aston Martin plans for 90% of its portfolio to be electrified, but currently has no electrically assisted models in its line-up. The first to arrive will be the Valkyrie hypercar, which uses a Cosworth-developed 6.5-litre V12 mated to a Rimac-supplied electric motor for combined outputs of 865kW at 10,500rpm and 900Nm at 6000rpm.

“We’re making good progress. We changed a lot with the new engineering team and our approach to testing, but I’m confident we’ll be at the finish line by the second half of this year.” Moers said.

Moers added that there is market demand for “additional derivatives” of the Valkyrie, but offered no further details as to what they could be.